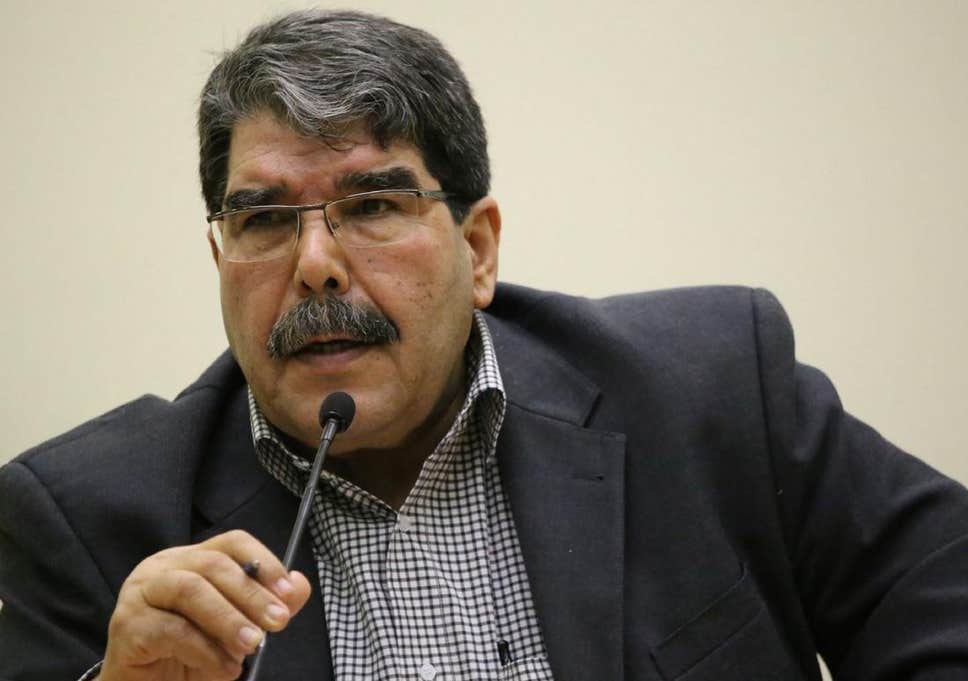 [ Editor’s note: Here comes the second Kurdish leader asking for negotiations with Damascus within a week, but we have yet to see any response from Assad.

The Euphrates River region is a key area for Syria to regain control over, as the US goal is to control the water and oil from that region. My Syrian sources have confirmed that the previous revenue-sharing oil deal for the Kurdish regions is that they got 25% of everything and the national government got the rest.

Remember this is a country with no income taxes, free health care and education, even including college. And while Syrian politics has always been a rough-and-tough game, the Syrians had a good record as a multi-cultural and religious country being on good terms with each other.

When VT was hosted by the Grand Mufti in Damascus, he reviewed this in detail with us, including how, when ISIS began to attack the Christian churches, the Muslim Imams began praying with Christians in their churches to show solidarity.

Not a word of this ever made it into the Western press before we returned from that trip and broke the story. The Grand Mufti was banned from visiting the US because he credibly represented the history of how well the various religious groups got along in spite of political infighting.

Fortunately I had a perfect seating arrangement, a 45-degree angle and was close enough to get good audio, with Nana, our Syria correspondent doing the translating. It is among my top ten geopolitico videos, along with Gordon’s headlining address to the Damascus Counter-terrorism conference in 2015.

In 2020 I want to adjust my work schedule to spend half days on databasing my video archives, getting all the material onto hard drives where the segments are key worded, so specific material can be found quickly when needed.

The goal is to use the live interview clips as video embeds in articles, a concept I had during my Atlanta public tv days, “video footnotes”. No one else has really done this because of the years of work getting the footage; and then it all has to be databased for quick access to make it feasible to use.

It is also the only way anyone else would be able to use the material after I kick off. All of us who have archives shudder at the thought of it disappearing after we die, as the amount of work for a new person to use them without keyword indexing would be daunting.

I also want to start doing interview shoots again next year. Camera technology has advanced, and prices came way down. I am looking at what would probably be my last video camera purchase, the Black Magic 6K hand held cinema camera. It is not needed for small screens, but makes a huge difference on the large ones.

Thanks to all those that have been PayPal donators for my editor’s notes. We all work for free on the content side of VT, and the donations are a big help for planning what tools I need to keep up the fight.

We hope to leave an archive behind that can be used long after we are gone… Jim W. Dean ]

BEIRUT, LEBANON (6:45 P.M.) – The leader of the Democratic Union Party (PYD), Salih Muslim, said this week, as reported by the Kurdish-language Khabar publication, that his political group is ready to return to Damascus to restart peace talks with the Syrian government.

The long-time leader of the PYD said that his political party is ready to go to Damascus and negotiate with Damascus as many times as needed until a political solution is reached.

“We went to Damascus and we will go again until we find free people who can sit with our delegation and to let everyone know that we are free in our desires and we will maintain our character,” Muslim said.

Muslim’s comments came during a meeting in Tal Al-Abyad (Al-Raqqa) between the PYD-aligned tribes in the Euphrates River Valley region.