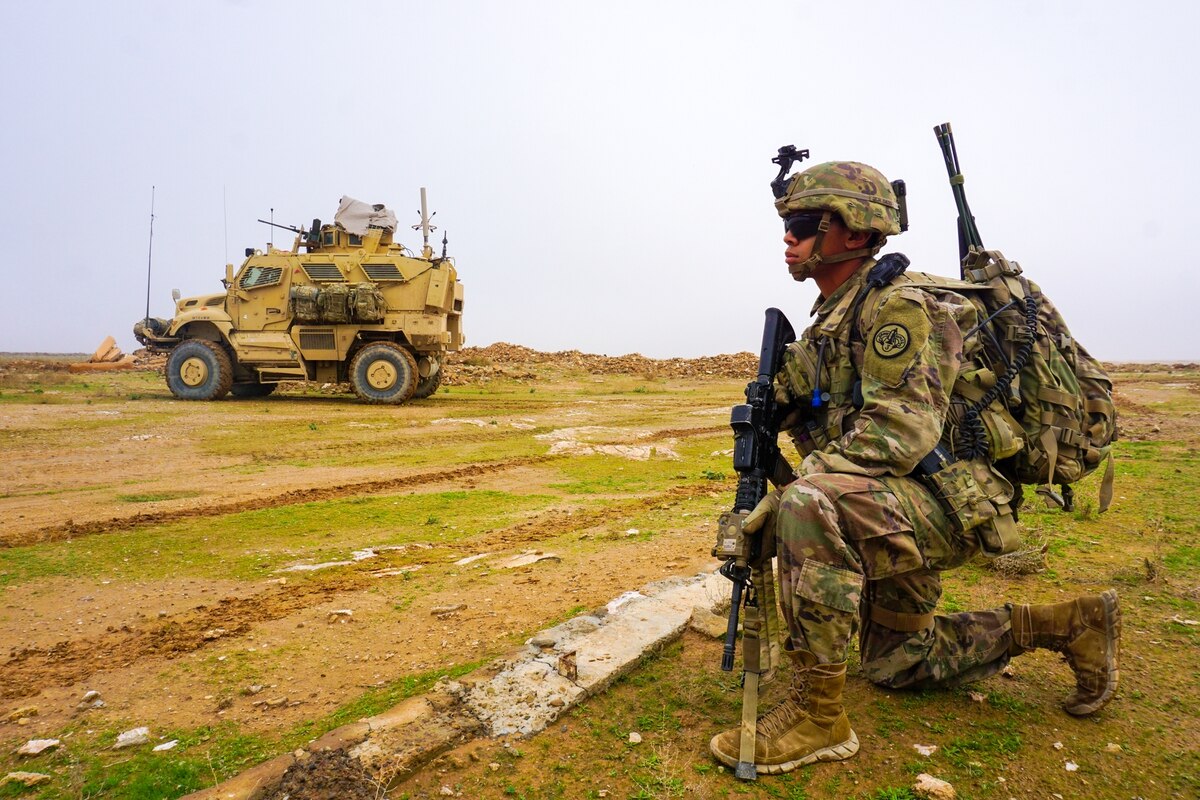 The United States Air Force just released several videos showing fighter jets flatting out the Qanus Island in Iraq, an island that was fully-occupied by ISIS fighters according to their intel. The video shows the small island being covered with huge explosions in very quick succession. It is estimated that no less than 80,000 pounds of bombs were dropped over the island in a matter of hours and the air attack was followed by a ground operation of the Iraqi forces.

According to the information released by the US Air Force, the raid was carried out using the F35 and F15 fighter jets using air to ground missiles to clear the island of any ISIS fighters on it. It is believed that the Qanus Island served as a major transit hub for ISIS forces that were using it to move between the Mosul region and the Jazeera desert.

According to Major General Eric T Hill, the attack that was carried out by the US-led coalition in the area was designed as a supplementary effort to help the local forces to bring stability in the region. This action can also be considered a follow-up after two serious bombing incidents that took place in Kabul, where several citizens lost their lives. He declared “ We’re denying Daesh [ISIS fighters] the ability to hide on Qanus Island” and “We’re setting the conditions for our partner forces to continue bringing stability to the region”.

The dense vegetation covering the vast majority of the island’s surface made perfect hiding spots for ISIS fighters so the best solution was to carpet-bomb the entire area and follow-up with a terrestrial intervention done by the Iraqi forces.

Even though the American presence in Iraq has dropped considerably, there are still around 5,200 still active in the country. And despite efforts to slowly shift the responsibility of maintaining peace in the region towards Iraqi forces, incidents like the ones that happened last week were a harsh reminder that the country is not 100% ready to protect its territory against Taliban attacks or random ISIS acts of revenge.

It was the second occasion that the F35 was used in combat in Iraq since the Joint Direct Attack Munition that took place back in April. Then, two F35s, the most advanced fighters the US can throw in battle, were involved in conducting an air strike against a tunnel network and a weapons cache belonging to ISIS in the Hamrin Mountains. Just like back then, the F35 performed excellently and hit their targets with amazing accuracy. Similar to the services you would expect to receive in a USA online casino, the Air Force handled the task exceptionally well.

Despite the fact that this last airstrike against ISIS was put into action with full intensity, the US Air Force interventions in the country have dropped considerably compared to other years. According to recent statistics published by the Air Forces Central Command, there were 218 munitions dropped on ISIS targets in August 2019, compared to 5,075 that were used in August 2017. And it makes perfect sense since the ISIS Caliphate was defeated earlier this year and the demand for large airstrikes is lower now. However, the terror organization already seems to be regrouping in certain parts of Iraq. And with the local government and army still unable to handle all the threats, sporadic interventions from the coalition are still needed.

In some extreme cases, there were rumors that ISIS fighters receive advice and delicate from Iraqi soldiers. This situation makes it even harder for local authorities to keep things under control. However, the international coalition continues to make tremendous efforts in helping Iraq regaining its liberty after years of civil war and all the issues brought on by ISIS and the reign of Sadam Hussein.