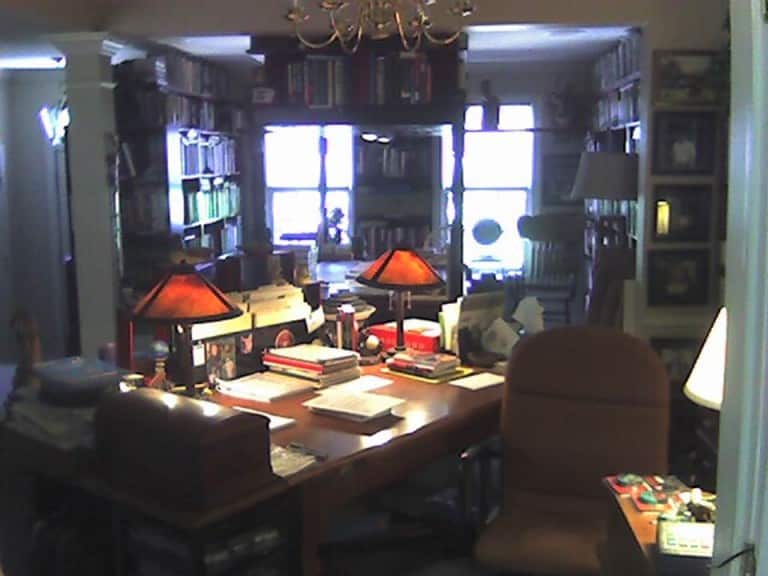 Event: Robert Steele, 19 October 2019, Berkeley Springs, “Full Disclosure: What Has Been Hidden, What Can We Know, Why Does It Matter?”

I have taken the trouble to sort all my reviews and noted books (guest reviews and worth a looks) into a table that is provided below in  three forms: sorted by star, by topic, and by author.

This allowed me to identify 25 life-changing transformative books out of the totality of roughly 2,000+ books. Below the fold are the 25 books, linked, and three versions of the table as downloadable documents.

In the aggregate these 25 books helped me realize that 80% of everything we are being told or taught is a lie; that government in its present form is an enemy of the public interest and that the police are out of control at the street level; and that the banks are manipulating everything for profit with the complicity of the two-party tyranny.  The Deep State, extraterrestrials, and mind-control are very real. Zionist Israel is the root cancer killing all humanity inclusive of all Jews, not just the Palestinians.

On a positive note, the truth can be known, a great awakening is occurring, and Earth is on a path back toward the Garden of Eden once the Synagogue of Satan is disposed of in all its forms (including the dark side of the Vatican).

Bottom line: Theodore Roosevelt and Woodrow Wilson broke with the US Constitution and the US Congress less them do it. This was the beginning of “endless war” and treating war as a profit center for the Deep State.

Review: The Tao of Democracy–Using Co-Intelligence to Create a World That Works for All

Bottom line: Collective intelligence — the harnessing of all that can be known by all individuals regardless of their formal education and degree of wealth, is vastly superior to structured institutionalized “intelligence” and is capable of creating infinite wealth with no waste.

Bottom line: Truth is authentic, holistic, inclusive, respectful of all forms of knowing, particularly including faith and intuition. Done right truth is not absolute, nor can it be dictated — it must be experienced, embraced, ingested, and most particularly, co-created with others in community, in faith, in constant revisitation and renewal that integrates new lessons in  real time.

Bottom line: Barbarians (and terrorists) are a biological reaction to failures in the larger state system that has sought to loot Third World countries without regard to their priceless cultural, historical, and linguistic diversity — by denying the humanity of others we have put a stake in our our heart and failed to “be best.”

Review: The Fruits of Graft

Bottom line: The Great Depression was contrived — CONTRIVED — by the banks with the complicity of two presidents, to destroy the rising middle class demanding fair government; to buy up America at depression-era prices; and to consolidate banking control over the federal government.  FDR betrayed the public trust in every possible respect.

Review: Rule by Secrecy–The Hidden History That Connects the Trilateral Commission, the Freemasons, and the Great Pyramids

Bottom line: While saving extraterrestrials for the very end, this was — until David Icke’s book below — the single greatest book on the Deep State and its use of Central (Private) Banks and secret societies to rule over humanity.

Review: VICE–Dick Cheney and the Hijacking of the American Presidency

Bottom line: Dick Cheney, not the amiable dolt we elected President, was the real ruler over the USA, committing no fewer than twenty-three documented impeachable acts led by the enabling of the Zionist false flag attack known as 9/11, and taking us  to war with Iraq and Afghanistan on the basis of 935 lies.

Bottom line: Humanity is a galactic experiment in free will, and has been under oppressive control by the 1% Satanic elite who made a grand bargain with the worst of over 26 known stellar civilizations. The secret intelligence communities and the secret space program are deeply evil and include human trafficking of millions each year.

Bottom line: The absolute best way to deal with growing complexity is to LOCALIZE and down-size.  Too big to fail is assured costly failure. An anti-fragile ecology is one that is open, local, rooted in INDIVIDUAL education and INDIVIDUAL rights, rooted in deep values that cannot be compromised as liberals wish to do.

Bottom line: Education of the individual, and strong conservative values across the society, are the essence of achieving peace and prosperity for all. Political science and economics should be integrated disciplines, not separated and value free as they are now, and philosophy — not money, but ethics — must be the foundation for all governance.

Bottom line: This choice just edged out Consilience: The Unity of Knowledge and God and Science: Coming Full Circle? Complex thought avoids reductionist and dogmatic approaches and embraces forgiveness as the means by which all points of view can be re-integrated. Complex thought must be multi-disciplinary, multi-cultural, multi-lingual.

Bottom line:  This choice edges out A More Secure World because it is holistic and includes solutions. This book by one man is the gold standard for speaking truth to power and makes it obvious that war and pollution and poverty are profit centers for the 1% — if we can restore ethics to government, infinite wealth is possible.

Bottom line:  Education and the transmission of education from one generation to the next is both the ultimate responsibility of every parent, and the foundation for evolving civilization. Demography matters — fail to maintain your borders and ethnic coherence and you will be crushed. History is color-blind, morality is strength. Thinking, not technology, rules.

Bottom line: Despite my nine years at CIA, including three back to back clandestine tours overseas, I  simply had no idea about the depth and breadth of the evil being done by the 10% under the direction of the Deep State.  CIA in its present manifestation is the enemy of the individual, the family, and the nation-state.

Review: Licensed to Lie – Exposing Corruption in the Department of Justice

Bottom line: The Department of Justice is a criminal network that allows federal prosecutors to manufacture false evidence and conceal exculpatory evidence (Brady material) in order to win cases without regard to fairness or justice. Judges are not doing their job of holding federal prosecutors accountable for fairness in justice.

REVIEW: The Divide – American Injustice in the Age of the Wealth Gap

Bottom line: Eric Holder created a new policy in which banks and corporations were no longer held accountable for crimes, only civil transgressions (no one goes to jail) at the same time that a police state has been created, particularly against blacks who can be arrested for obstructing the sidewalk when standing alone, late at night, in front of their own home.

Review: The Knowledge Executive–Leadership in an Information Society

Bottom line: It is not possible to be a leader without striving to achieve a holistic grasp — or at least access to those who know — of all threats, all policies, all costs. “Higher” education should the gold standard for leaders, but is not.  This is the book that helped me understand that the US secret intelligence community is largely worthless and totally divorced from useful reality.

Review: The Knowledge Executive–Leadership in an Information Society

Bottom line:  Neither knowledge nor intuition and faith and other forms of tacit knowledge can be separated without an enormous loss of the whole — just as one cannot isolate body organs, nerves, muscles, bones, without killing the host. Answers the question: why must the sciences and the social sciences be fully integrated in every way?

Bottom line: NASA, not CIA, is the center of evil in the USA when it comes to mind-control and human trafficking (both sex slaves for leaders on earth and massive trafficking, in the millions, to feed extraterrestrial demands). NSA cannot intercept messages sent via mind-controlled humans, such as Dick Cheney used. Music — and the mental health industry — are owned.

Review: The Power of the Powerless–Citizens Against the State in Central-Eastern Europe

Bottom line: The only thing that can overturn organized money is organized humanity, and that is both the power of the people, and the Achilles heel of the public. This is a portait of how dissent is repressed and the sparks that can ignite a national fire censors cannot put out. The truth is a force for good, communicating it to the many is the greatest challenge for any ethical leader.

Review: The Unconquerable World–Power, Nonviolence, and the Will of the People

Bottom line: War may be a profit center for now, and wars may continue as long as governments and banks and the media can lie with impunity, but that era is coming to an end. This was the first book that helped me understand both the degree to which wars are based on lies, and the inevitability of the public demanding peace.

Review: Reconciliation–Islam, Democracy, and the West

Bottom line: This is the most methodical account I have ever seen of the history, geography, and misdirection of the entire Muslim world, more often than not at the hands of the West or secular dictators it installed and supported. It rejects Saudi terrorism and makes the case of a Muslim renaissance rooted in peace.

Review: Everything You Need to Know But Have Never Been Told

Bottom line: I have never, in my lifetime, countered a book so important as to warrant my  doing a 40 page summary review (of a 741 page book). This is a master work that covers everything from extraterrestrials and mind-control to banks and corporations and governments and religions and secret societies, and universities all being in constant betrayal of the public trust.

Bottom line: This is the book that persuaded me that we must eliminate the invented criminal genocidal apartheid state of Israel, and restore Palestine to the Palestinians.  First studying the genocide and enclosure of American Indians and British freemen , the author concludes with a full account of the Zionist occupation of Palestine.