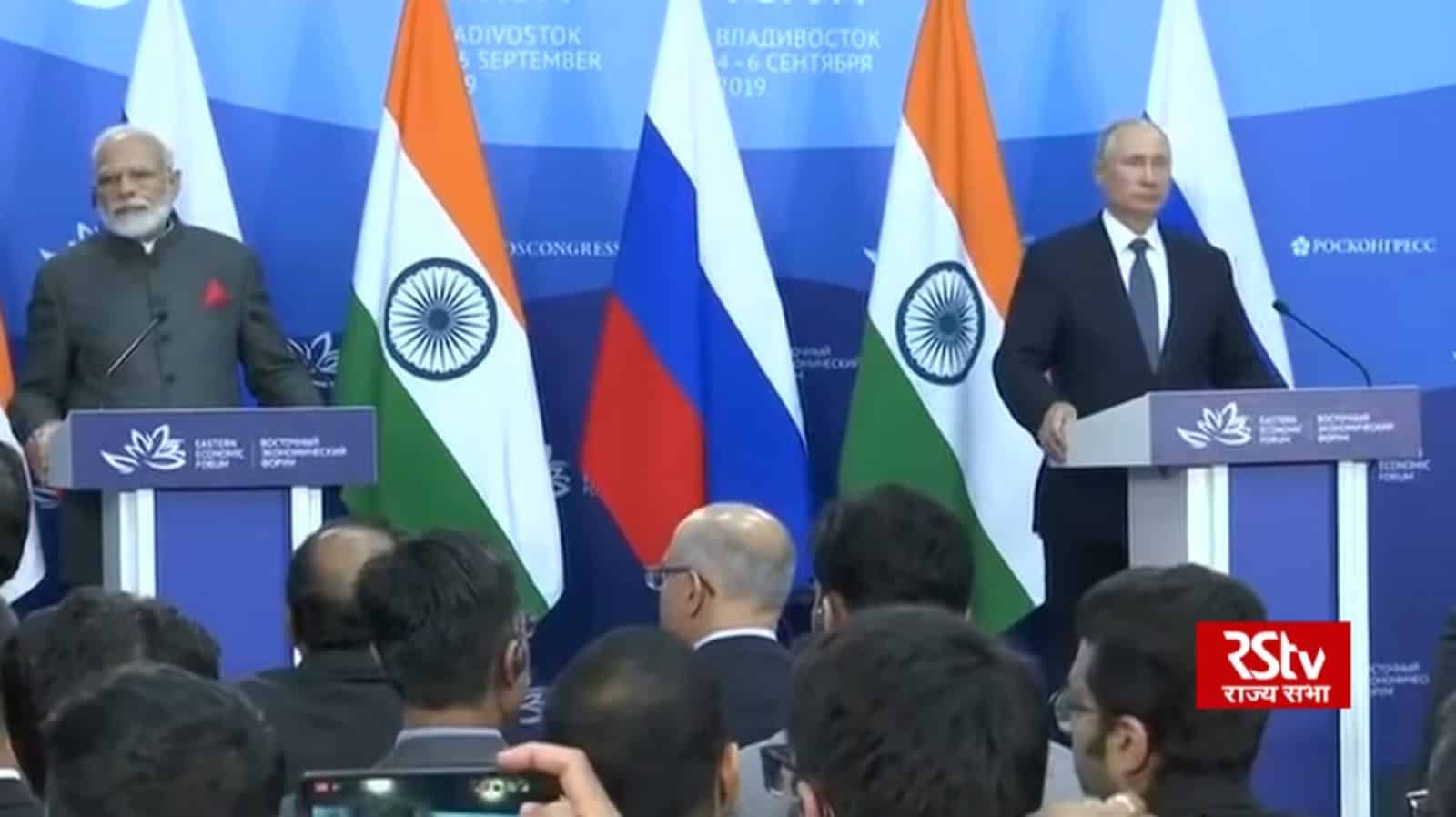 Sreeram Chaulia is a professor and dean at the Jindal School of International Affairs in Sonipat, India. His forthcoming book is ‘Trumped: Emerging Powers in a Post-American World’

The India-Russia special partnership is strategic. It is growing in new directions, with implications for both China and the United States.

The twentieth annual summit between India and Russia on September 4 could have been ignored as a ho-hum affair. After all, the steadiness and regularity of meetings between the heads of these two ‘special and privileged strategic partners’ may not seem like anything new or a departure that is newsworthy.

But think again. Every time the leaders of India and Russia huddle together, something fresh and geopolitically significant emerges.

The latest summit occurred not in Moscow or St. Petersburg but in the Far Eastern city of Vladivostok. Narendra Modi became the first Indian prime minister to visit that part of Russia, signalling the arrival of a new player on the Pacific coast.

Modi was also the chief guest at Russia’s high-profile Eastern Economic Forum, a platform to attract international investment and involvement in the cold and sparsely populated – but mineral-rich – Far East that Moscow seeks to develop.

ALSO ON RT.COMIndia offers billions in credit & investments for Russia’s Far East developmentModi’s presence in Vladivostok, beside a large contingent of Indian business entrepreneurs, is a massive boost to Russia’s President Vladimir Putin’s ‘pivot to Asia’ policy. Stung by Western economic sanctions and liberal attacks on Russia’s domestic and foreign policies, Putin has much to gain from bringing India into Siberia and the Far East.

Already, the Asian countries nearest to Vladivostok like China, Japan and South Korea have taken deep interest in trading and investing in the Asiatic part of Russia. With India now knocking for opportunities, Putin’s strategy of drawing in all the dynamic economies of Asia to Russia’s frontier region is complete.

While it is not publicly acknowledged, Russia is alert to the risk of its ‘pivot’ turning into overdependence on the biggest power of Asia, i.e. China. Given the competition and complex dynamics between China and India, getting India in, as a balancing factor in Siberia and the Far East, is a shrewd maneuver.

In 2017, Russia announced that it would grant visa-free access to Indians – along with nationals of 17 other countries – via Vladivostok. Indian workers like engineers, doctors, teachers and farmers can fill the manpower deficit in the Russian Far East and bring variety to the demographic makeup there.

India’s oil, gold, diamond and lumber wood companies, which are eyeing deals in Russia’s Far East, can save on time and transportation costs if this link is activated. Given the promising prospects of the Northern Sea Route that would connect the Russian Far East to Europe via the Arctic Ocean, India could ultimately find solutions to its rising demand for energy and commodities with Russia as its anchor.

Compared to the volatility of the Middle East, from which India presently imports most of its oil, the stability of the Russian Far East is a welcome substitute.One of the highlights of the Modi-Putin summit this year is the agreement to develop a full-fledged maritime route from the southern Indian port of Chennai all the way up to Vladivostok.

Once implemented, this direct route through the Pacific would reduce the cargo transfer time from the present 40 days from India to the Far East via the Suez Canal and Europe to just 24 days.

Just as there is a subtle China factor in Russia’s wooing of India into hitherto uncharted terrain, India too is persuading Russia to take greater interest in the ‘Indo-Pacific’ concept and to project military power in Asian waters lest they become a vast Chinese lake.

India’s External Affairs Minister S. Jaishankar spoke at Russia’s premier forum, the Valdai Discussion Club, on August 27 and exhorted Russia to “formulate its own vision toward the Indo-Pacific”, especially by harmonising with India. Russia has committed to beefing up the strength of its Pacific fleet in the future, which India will cheer on so that the Russian navy can help ensure that the Indo-Pacific is free of monopoly or hegemony of any single country.

ALSO ON RT.COMDitching the dollar: National currency payments key to boosting Russia-India trade, says PutinJaishankar’s rejection of the Western concept of ‘containment’ of China at the Valdai Club was meant to reassure Russia that India understands the compulsions and common interests which underpin the Sino-Russian alliance.

New Delhi does not object to the Moscow-Beijing duet because it is aimed at counterbalancing Western pressures on Russia and China. But at the same time, India is encouraged by Russia’s intent to re-emerge as a Pacific power in its own right rather than as a junior partner of China.

Whenever there is an India-Russia summit, the two sides reaffirm their common objective of achieving a multipolar world order. Modi and Putin did so again in Vladivostok. The United States is never publicly mentioned in India-Russia statements, but it is a key variable that impacts on bilateral ties.

In 2018, Modi and Putin defied Washington’s sanctions threats and went on to sign the $5.2 billion S-400 missile defence system deal. India’s determination to stick to its national security interests despite American pressure on the anti-missile agreement reminded Russia that New Delhi is a fiercely independent power center and not an appendage of Washington.

ALSO ON RT.COM‘We share love for tigers’: Modi boasts of ‘special chemistry’ with PutinIn light of this demonstration of India’s independent foreign policy, it is keen to allay earlier Russian hesitations about the ‘Indo-Pacific’ idea as an American construct to check China. With US President Donald Trump lacking any farsighted strategy to unite all allies and partners against China, it is India which is taking up the mantle of the Indo-Pacific agenda, making a Russian buy-in feasible.

So strong are Modi and Putin in their shared vision to advance India-Russia relations that even in the traditional issue areas which have bound the two nations for a long time, they are searching for new avenues.

In the keystone field of defense cooperation, where India remains Russia’s largest client, Modi has offered incentives for Russia to manufacture military equipment cheaply in India and supply them to “third countries at very low prices.” In the sphere of civilian nuclear energy, where Russia has built several atomic power reactors in India, Modi and Putin are prospecting joint production of nuclear fuel in India.

It is an understatement to say that India and Russia have needed each other for eternity. Modi, who has hailed Putin’s “trust, respect, love for a friend,” is bent on modernising what is an old comradeship. India and Russia may be veterans who married ages ago, but the pair have a new spring in their step.