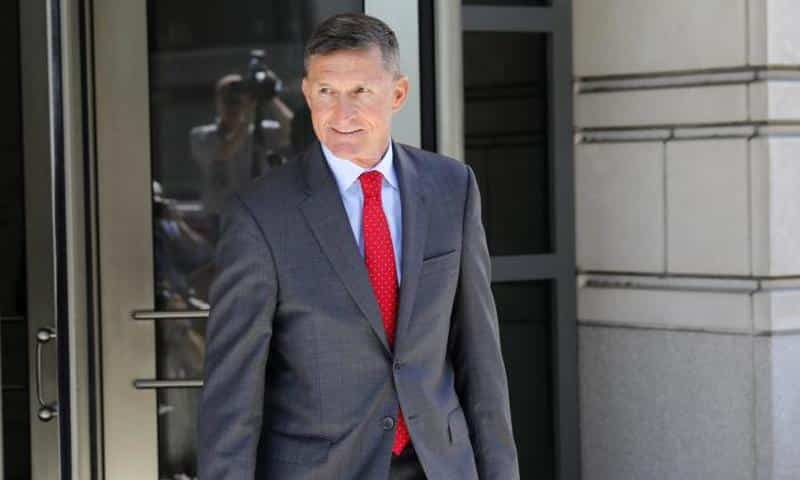 Shared by Robert Steele because of its importance to the integrity of the USA.

Tip of the Hat to Zero Hedge and  Brian Cates at The Epoch Times.

Having followed Lt. Gen. Michael Flynn’s perjury case from the beginning, it’s been apparent to me for some time that there are a lot of things in this case that just don’t add up. Strange occurrences abound.

Here are just some of the twists and turns in the case, which has gone on for more than three years.

Now, it’s not that far-fetched of an idea that the Mueller special counsel prosecutors would hide exculpatory evidence from the Flynn defense team, since they’ve just admitted to having done exactly that in another case their office has been prosecuting.

First, the prosecution team got a real tongue-lashing from Judge Dabney L. Friedrich in early July, when it turned out they had no evidence whatsoever to prove their assertion that the Russian troll farms were being run by the Putin government.

Then, in a filing submitted to the court on Aug. 30, the IRA/Concord defense team alerted Judge Friedrich that the prosecutors just got around to handing them key evidence the prosecutors had for the past 18 months. The prosecution gave no explanation whatsoever as to why they hid this key evidence for more than a year.

It’s hard to see at this point how the entire IRA/Concord case isn’t tossed out.

What would it mean for Flynn’s prosecutors to have been caught hiding exculpatory evidence from him and his lawyers, even after the presiding judge explicitly ordered them in February to hand over everything they had?

It would mean that the Flynn case is tossed out, since the prosecution team was caught engaging in gross misconduct.

Now you can see why Flynn refused to withdraw his guilty plea when Judge Sullivan gave him the opportunity to do so in late December 2018.

A withdrawal of the guilty plea or a pardon would let the Mueller prosecution team off the hook.

And they’re not getting off the hook.

Flynn hired the best lawyer he possibly could have when it comes to exposing prosecutorial misconduct. Nobody knows the crafty, corrupt, and dishonest tricks federal prosecutors use better than Powell, who actually wrote a compelling book about such matters, entitled “License to Lie: Exposing Corruption in the Department of Justice.”

Everything this Mueller prosecution team did in withholding exculpatory evidence from Flynn’s defense team—and continued to withhold even after Judge Sullivan specifically issued an order about it—is going to be fully exposed.

Defying a federal judge’s Brady order is a one-way ticket to not only getting fired, it’s a serious enough offense to warrant disbarment and prosecution.

If it turns out Mueller special counsel prosecutors withheld exculpatory evidence— not only in the IRA/Concord case, but also in the cases against Flynn, Paul Manafort, Michael Cohen, Rick Gates, Roger Stone, and others—that will have a huge impact.

ROBERT STEELE: Robert Mueller should be under investigation and indictment for 3,000 counts of obstruction of justice and 3,000 counts of complicity in murder after the fact of 9/11, an inside job planned and executed by the Zionists with the complicity of the leadership of New York and New Jersey, all enabled and overseen by Dick Cheney. The time has come to throw out the bogus cases against both Mike Flynn and Roger Stone.

Memoranda for the President on 9/11: Time for the Truth — False Flag Deep State Truth! UPDATE 17: Israel Did It