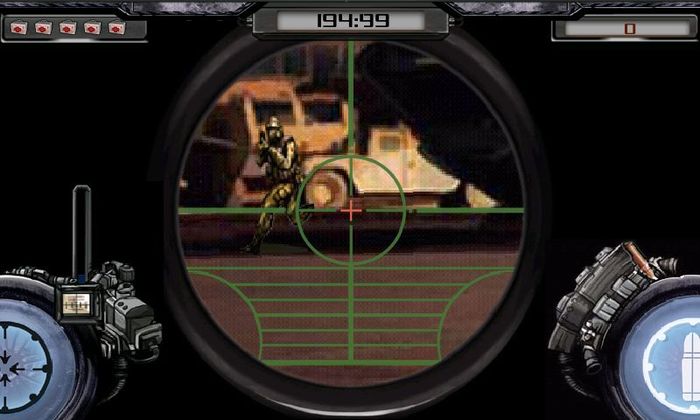 The Android app store has a lot of role-playing games, giving users a wide variety of professions to choose from – doctor, chef, Mayor, and even a soldier. It is the latter, the military games, that has proven the most popular to date, not least because they are action-packed with great graphics and follow an actual story. We found some games that allow you to take on the role of a soldier without the need to be trained hard first, all of them giving you some idea of what it would be like to be a soldier, and what it would be like to be in command.

The apps listed below are those that we feel offer the best for Android players.

Take on the role of a General in this multiplayer, text-based game. Create your own army, send them on missions, and battle against other players in daring missions and hard challenges to create the best army in the world.

When you first launch World War, you get to choose your country. Each one has a set of special abilities – extra power to air units, energy points, health points, and so on, so choose carefully. The energy points are required for carrying out certain game actions, like taking part in missions, and once they are gone, you need to wait until your points have built up again. You should also keep a close eye on your health points and make sure you have enough before you do battle!

You can gain experience points by taking part in missions, and you can earn virtual cash too. With enough experience points, you can level up and unlock new units and new missions.  You can also get stat points which will increase your army’s strength and, by inviting your friends to play, you can take on the enemy together and build up your army even more. You can download this game from the official ACMarket Android Store.

The name gives the game away. You play as the last command standing, defending against enemy attacks. You are the sole commando and its down to you to avoid non-stop bullets, take out your enemy, and complete your mission.

There are virtual buttons for controlling the game – simply swipe to aim and press a button to shoot. On-screen arrows let you move left and right, and the walls will help you avoid enemy fire.

There is a virtual shop in-app where you can purchase more weapons. You are allowed two weapons in use during the game so make sure you use the right two for each mission. Additional weapons can be purchased by using in-game currency or by paying real money for Glu points. While this is a free game, you are limited to what weapons you can use; Glu points allow you to purchase more powerful weapons along with essential bits of kit, like medical equipment.

You can take part in missions, and you can fight against the toughest world bosses; complete a mission, and gain experience points to level up, unlocking new weapons as you go. You also get the option f playing the one-man army mission and seeing how long you can survive.

Head back in time to WWII and learn what it was like to be a soldier during the war. This is an FPS (first-person shooter) game with 3D graphics that give the game a realistic feel. To enjoy it to the fullest use headphones to experience the sounds of the battle, the fighter planes passing overhead and the grenades exploding nearby, as well as the different languages spoken by the enemy soldiers.

You get the option of multiplayer mode – play your friends over a Wi-Fi or Bluetooth connection. You can challenge up to five people to play one of three different multiplayer modes – Free-for-All, Team Deathmatch, or Domination.

Army Sniper places you in the crosshairs of terrorists. You get to play the role of a professional army sniper – your mission is to take out the terrorists, every time and without fail. This will require the sharpest of eyes and the steadiest of hands.

Using the gyroscope on your Android device, tilt the device to control the game. Proper aiming requires the correct tilt, and you also have a pair of virtual buttons to use too – one to aim and one to shoot. Forget about ammunition – your supply is unlimited. Your task is to worry about where the terrorists are and take them out – fast. If you are not quick enough, they will kill you. You get five lives permission, and when they are gone, it’s game over.

This is a free game, but it is ad-supported. However, the ads will not interfere, appearing only when the game is launched and when each mission is over.

Major Mayhem comes to us from the creators of the addictive game, Robot Unicorn Attack. A side-scrolling, shooting game, Major Mayhem has 3D graphics and some cool animations that bring the game alive on your screen. There’s no need for navigation keys as the hero of the hour moves automatically as the game progresses. All you need to do is tap your enemy to shoot them and use a two-finger tap to jump over any obstacles in your way.

Every time you kill an enemy and complete a mission, your reward is gold. You can use this to purchase armor and weapons, and you can customize the hero by purchasing armor, clothes, and headgear from the in-app shop. It is a free game to play.

Five of the very best military games for Android players, each of them offering something different. Pick your battle, download your game, and join in the fun.