[ Editor’s Note: Gazprom seems to be providing Europe with gas as a show of supply force, meaning it wants to drive prices down – which EU customers will love, especially the business community – hoping that will trigger push back against the EU forces threatening to block the second Nordstream pipeline coming in.

Ukraine, which has been completely looted by its oligarchs, is frantic not to lose its position as one of the EU key transit countries, as it desperately needs the transit fees. Kiev has EU allies going to bat for it by putting pressure on to block the Nordstream 2 project, despite the heavy involvement of EU companies in the project.

Former stand-up comic Zelensky, the first Jewish head of Ukraine is planning talks with Putin now, as Mr. Z knows he is head of a bankrupt country and needs to get something cranked up. They have agreed to get the Normandy format cranked up again and solve the Donbass mess.

At this point, Zelensky needs it more than Putin, as the former has to do something to put wind in the sails that he can really do stuff. Zelensky knows he needs to settle the Donbass conflict to bring in foreign investment, which is the only way Ukraine can survive. Currently it is a failed country, on the growing list of America’s “Countries we have destroyed in the last two decades”.

If he and Putin can do a deal, it will put the hard core anti-Russian EU crowd in a tighter spot to maintain the Russia sanctions. It is foolish for them to continue them at this point over Crimea, when they have to know that will never be reversed. It would be like giving Texas and California back to Mexico. It ain’t going to happen.

And last, a continuing drop in gas prices will make the US’ more expensive LNG gas a bankruptcy machine for American frackers, which might not be a completely bad thing. So, is a gas war going on? You can bet your behind that it is.

EU gas prices are the lowest in ten years, and they are trying to recover from the summer crash of $11 per megawatt hour. But the markets are poised to go even lower, due to this move the Russians are making by topping off the EU storage space, so there is no more room for others to get theirs in… Jim W. Dean ] 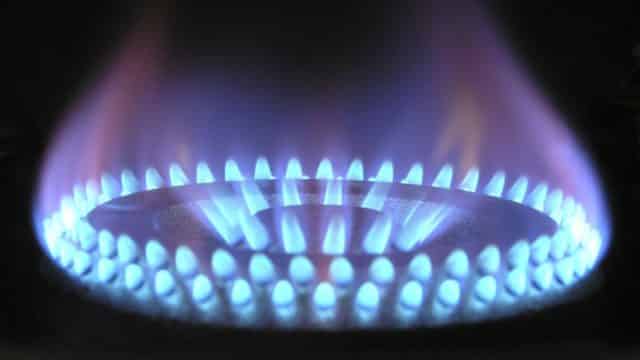 Russian energy major Gazprom plans to pump twice as much gas into European storage than last year, while Moscow and Kiev have not still agreed on the terms of a new transit contract.
–

Gazprom is planning to supply more than 11 billion cubic meters to storage facilities in Europe, the head of the company, Alexey Miller, told Russian President Vladimir Putin during their meeting on Monday.

“This is twice as much as last year’s level,” Miller pointed out. “We see that our European partners are pumping gas at high speed, and our Ukrainian colleagues are trying to do the same.”

The rush to stock up gas comes as the current 10-year transit contract is to expire on December 31, the head of Gazprom explained. Earlier this year, Moscow offered Kiev to extend the agreement for 12 months, but didn’t receive any response form the Ukrainian side.

Despite Russia’s Nord Stream 2 pipeline set to become operational by the end of the year, Ukraine still is a key transit route for Russian gas to Europe. Previous talks on the matter, including a meeting between the EU, Russia and Ukraine, failed to hammer out a deal. The next round of trilateral talks is scheduled for September 19, the EU Commission’s Vice President for Energy Union announced.

“I am convinced that progress would send a strong positive signal to the market as well as consumers ahead of the winter season,” commissioner Maros Sefcovic wrote on Twitter.

Meanwhile, Gazprom says that the agreement on direct gas supply with Ukraine is even more important than one on gas transit. Kiev halted purchases of Russian natural gas in 2015 and since then has been importing reverse supplies from European nations, which come at higher price.

Ukrainian citizens bear the cost of this political decision, as last year prices for gas imported by Ukraine hit a record high. Miller stressed that their troubles could be eased if Russia and Ukraine finally come to an agreement. He expects that the price will be 25 percent lower than the current level