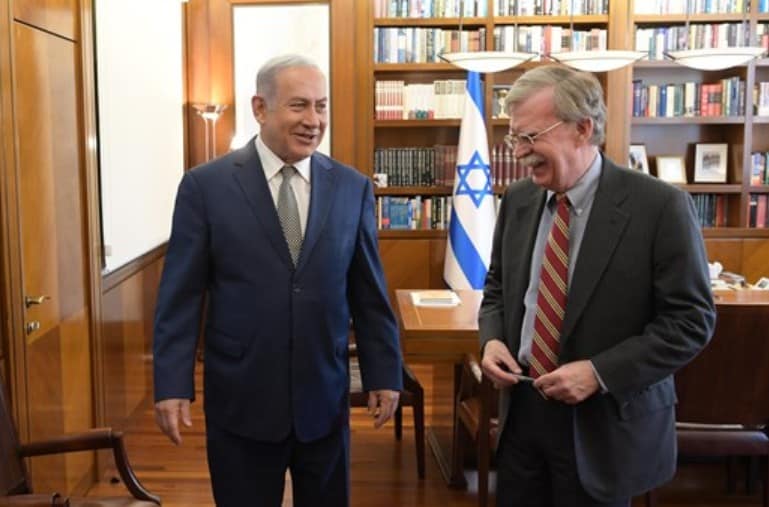 Bolton, perhaps the most poisonous toad of the neocon’ aquarium, is gone, again.  Is he dying?  Is this an indication that Netanyahu’s total and absolute control over Trump is waning?

Look at the failures:

…and we can go on forever….

Russia Today: National Security Advisor John Bolton, one of the most prominent war hawks in Donald Trump’s administration, has handed in his resignation, the US president has announced.

“I informed John Bolton last night that his services are no longer needed at the White House… I asked John for his resignation, which was given to me this morning,” Trump tweeted. The president said that he and others in the administration “strongly” disagreed with many of Bolton’s decisions.

I informed John Bolton last night that his services are no longer needed at the White House. I disagreed strongly with many of his suggestions, as did others in the Administration, and therefore….

….I asked John for his resignation, which was given to me this morning. I thank John very much for his service. I will be naming a new National Security Advisor next week.

BY RON KAMPEAS
WASHINGTON (JTA) — President Donald Trump fired John Bolton, his national security adviser and one of the administration officials seen as closest to the views of Israel’s government.

“I informed John Bolton last night that his services are no longer needed at the White House,” Trump said Tuesday on Twitter. “I disagreed strongly with many of his suggestions, as did others in the Administration, and therefore I asked John for his resignation, which was given to me this morning. I thank John very much for his service. I will be naming a new National Security Advisor next week.”

Trump did not elaborate on what strong disagreements he had with Bolton, but reports said the two disagreed over the scope of a peace plan Trump hoped to extract from the Taliban in Afghanistan. Traditional conservatives who identified with Bolton were especially appalled that Trump invited the Taliban to Camp David to finalize the peace agreement so close to the anniversary of the 9/11 attacks carried out in 2001 by the Taliban ally, al-Qaida.

Editor’s note: Any idiot knows that al Qaeda and the Taliban hate one another…

Bolton also reportedly was displeased that Trump indicated he was ready to meet with President Hassan Rouhani of Iran to renegotiate a nuclear deal. Bolton has led efforts within the administration to squeeze Iran with sanctions and the threat of military action.

Bolton has deep ties to the mainstream pro-Israel community dating to his outspoken Israel advocacy during a stint as U.N. ambassador in the mid-2000s and then to his pivotal role as a State Department official in the early 1990s in repealing the body’s infamous “Zionism is racism” resolution.

After Failure of COVID-19 Bioweapon, Trump Turns to India As Weapon Against China