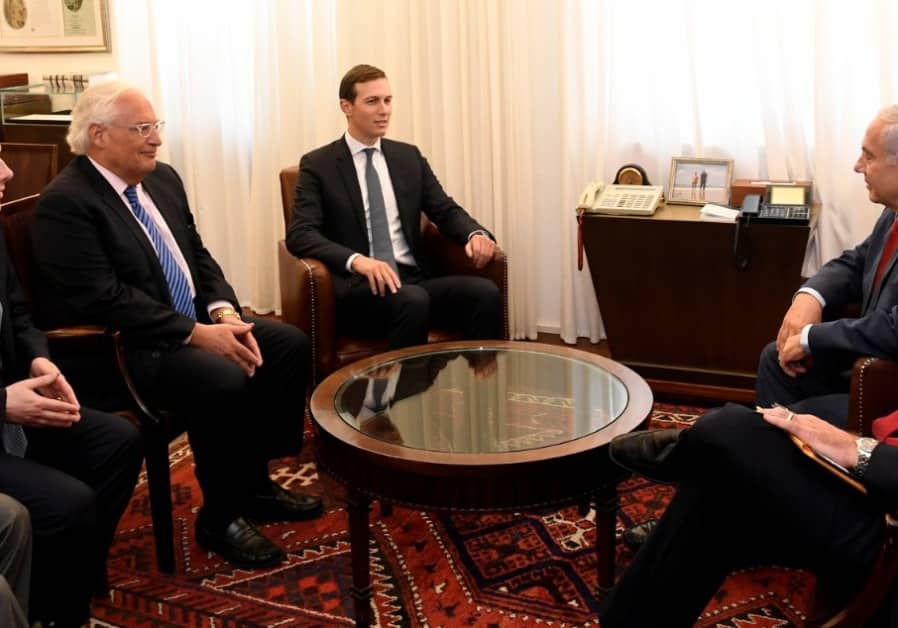 [ Editor’s Note: Now you know what I am going to say. You just can’t make this shit up. Even I, Mr. Skeptic, would have lost a ten-dollar bet that this was true. An administrative assistant with no experience given this job, partnering with Brian Hooks who had the Iran portfolio? No way — unless he is there to spy on Hooks for the Kushner gang.

Dear Mr. Avi Berkowitz – you need to run for the hills bro. They are doing a Son of Sam (David Berkowitz) number on you, handing this bag of doo doo to you. What did you do to be so expendable?

Did you say “no” to someone’s advances at the office and this is the punishment? What will we call this, spitting in the face off all those more career qualified to pull off a huge Hail Mary pass while trying to sell desert sand to the Palestinians in return for their millennial homeland?

You, Avi, get to talk the Palestinians into moving from their open-air concentration camp in Gaza and the West Bank, where they at least have Israelis in range to shoot bottle rockets at, to the new roofed camps so far out in the desert that the Pals can fire all the rockets that want and watch them fall into the sand?

After all the West Bank Palestinians have been through, such as experiencing having rabid Zionists as neighbors, someone expects that they are going to give up their current land for Bibi’s “move now and we will pay you later” deal in the desert? … I don’t think so.

I think what we have here is this young man will be Kushner’s sock puppet, as Kushner runs policy behind the scenes. Berkowitz will be an errand boy. If the rest of the world were to appoint me Palestinian peace ambassador, my first move would be to adjust the deal a bit.

I would offer to put all the Likuds into this desert wonderland deal they think would be such a groovy place, and maybe along with their Saudi Royal family buddies, you know, “for security reasons”. That would increase security for both the Palestinians and the Jews left in Israel.

If anyone thinks I am going overboard on this event, I have lots of company. Vanity Fair coined the term “coffee boy” for Avi, and New York Magazine wrote: “Trump Somehow Replaces Unqualified Mideast Envoy With Even Less Qualified One.”

Jason Greenblatt is the smart one in the story. He is getting out, so as not to be around when the deal crashes and burns, and the hunt for scapegoats begins… Jim W. Dean ]

US puts Kushner’s ‘coffee boy’ in charge of Mideast peace

US President Donald Trump’s new Middle East envoy is a 30-year-old White House administrative assistant who used to run errands and get coffee for his son-in-law Jared Kushner, a new report states.

Trump announced Thursday that Avi Berkowitz will replace former envoy Jason Greenblatt, who announced his resignation the day before.

A Harvard Law School graduate who finished his studies in 2016, Berkowitz has zero foreign policy experience except for being Kushner’s right-hand-man. He also joined the Trump campaign in 2016.

The Business Insider, in a 2017 article, quoted former White House spokeswoman Hope Hicks as saying that Berkowitz’s main duties had been “daily logistics like getting coffee and coordinating meetings” as Kushner’s close aide.

A former employer of the new man in charge of America’s Middle East peace efforts also said on Twitter that he was “not very impressive and needed significant hand-holding to handle even simple assignments. But Mideast peace? I’m sure he’s got this!”

A Middle East expert described Berkowitz as “a glorified intern,” according to the Telegraph.

Jasmine El-Gamal, a former Middle East advisor to the Pentagon said the appointment shows the Trump administration’s “lack of seriousness” in their plans to broker peace in the Middle East.

“They are not even pretending otherwise by hiring a qualified person as an envoy,” she told the British media outlet.

Berkowitz’s background as a Zionist, a trait he shares with both Kushner and Greenblatt, has also raised concerns in various political circles.

The young diplomat inherits America’s so-called “deal of the century” peace deal, which was masterminded by Kushner and Greenblatt as the ultimate solution to the Israeli-Palestinian conflict.

The deal, which has already been rejected by the Palestinians and the international community, seeks to do away with Palestinian’s right to statehood in exchange for basic economic opportunities.

Berkowitz and Kushner’s Zionist affiliations only lays bare the inherent bias that comes with any US-brokered peace talks between Palestine and the Tel Aviv regime. Washington showed that it does not even care enough to hide the bias, as Trump thanked Greenblatt for his “dedication to Israel” upon his departure.

The Telegraph cited experts as saying that Berkowitz could be a disposable player that the Trump administration has brought on board only to kick out later in order to save face in the event of the peace deal’s anticipated failure.

Upon the unveiling of the deal of the century’s first installment at a conference in Bahrain in June, which was boycotted by Palestinian officials, Kushner’s creation was met with widespread criticism.

“I would give this so-called plan a C- from an undergraduate student,” said Daniel Kurtzer, a former US ambassador to Israel.

Kushner is expected to drop the next, political phase of the plan soon, shortly after Israel’s election on September 17.