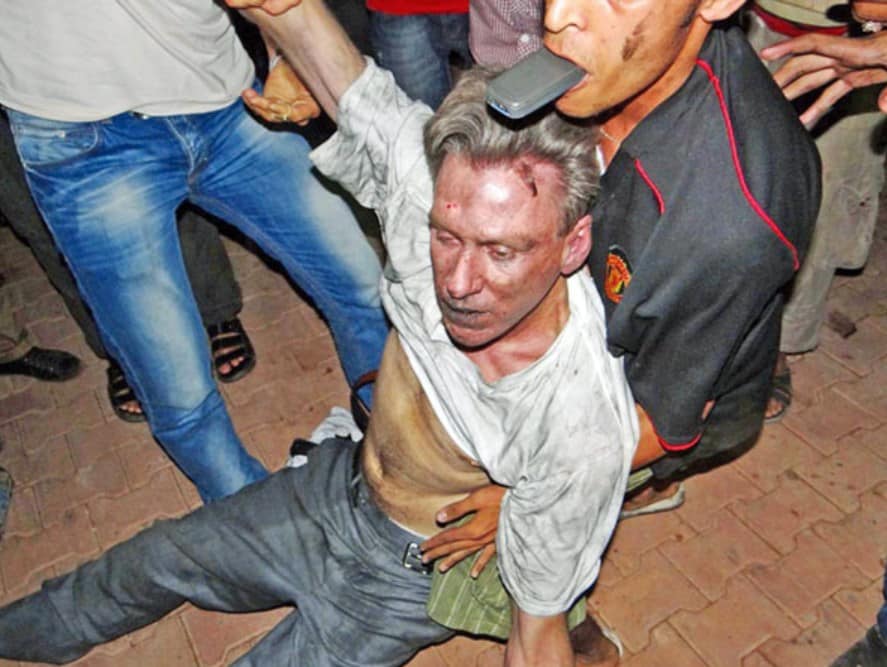 We’re going to be telling a story here, a highly classified story.  This means, as we are so often accused of, we will withhold information.  We are going to try to tell the story, more truth than anyone will ever see otherwise, and stay alive in the process.

What I am writing here was known all over Washington.  Millions was paid to cover it up.  The vicious murder of Chris Stephens was an assassination by mob owned arms companies and their congressional lapdogs.

Everyone in Washington knew the Benghazi killings was “big business,” everyone but Hillary Clinton.  She was simply too stupid.

The killings, at the time, weren’t real to me.  I was working in military contracting in the region and had somehow lost a piece of humanity I think.  I had also been out of Washington for awhile.

While the Benghazi hearings went on, those responsible were either running them or paying those running them while, on the other end, in Libya, they were putting together the mechanism for a permanent war, one to cover massive human trafficking, oil looting, drug smuggling and building the terror organization that the CIA’s puppet Libyan’s could pretend to save Europe from.

Time we began asking questions about the murder of US Ambassador to Libya, Chris Stephens.  We have stumbled over material from Italian and French sources that make it clear, this was false flag terrorism, aimed to build a narco-state in Libya like the neocons had in Afghanistan and help Hillary Clinton “do herself in” with the help of lots of Israeli and UAE cash.

The power behind this, it seems, is the arms industry.  There we trip over two companies, BAE and Thales Group, the largest arms concerns in Britain and France.

All that was needed was a powerful Libyan general long held in storage by the CIA who had been pouring cash into his tribal/clan members…who ran the “boots on the ground” that killed Stephens.

Behind that…Washington’s “elite” Heritage Foundation and a fake movie, remember it?  A movie attacking Islam that caused fake riots that led to the extremely well staged commando raid that killed Stephens and his well trained security staff?

The organization put together by Heritage, the CIA, the Russian “Kosher Nostra” and French intelligence began a partnership initially running a massive refugee/pedophile ring from North Africa into Europe and beyond.

Then turned to heroin.

Then turned to managing the sale of Syria oil smuggled through Turkey.

And today, General Haftar’s army sits outside Tripoli, ready to save Libya on behalf of the RKM.