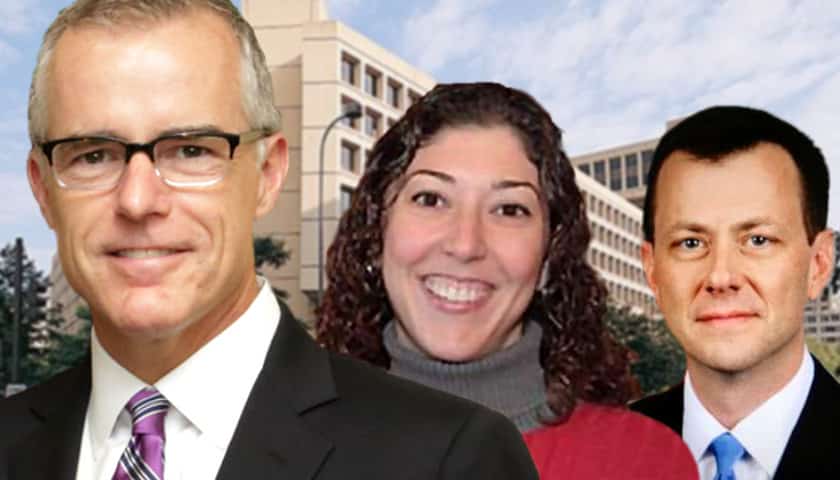 My own heuristic analysis is that rival Intel chief, John Brennan of the CIA, enlisted British Intel “asset” (i.e., agent) Joseph Mifsud to sandbag General Flynn in order to put him out of business and shove him offstage.

After Mr. Trump won the 2016 election, he moved to appoint General Flynn as his National Security Advisor. Within a few days, FBI director James Comey pulled off an entrapment gambit to incriminate General Flynn over a conversation he had with Russian Ambassador Sergey Kislyak — as if incoming high officials for foreign policy are not supposed to associate with foreign ambassadors.

ROBERT STEELE: Barack Obama, Hillary Clinton, John Brennan, and James Comey as well as Andrew McCabe should all be under criminal indictments for their multiple violations of the law, including lies to the FISA Court, in the campaign against candidate Donald Trump. The only Republican I know who has committed greater crimes is Dick Cheney, who is documented as having committed 23 impeachable offenses while serving as Vice President. Cheney, in addition to 9/11, is increasingly featured in witness testimony related to Satanic Ritual Abuse (SRA) and murderous pedophilia (including child hunts) and while I have no direct knowledge I do believe the witnesses whose testimony I have reviewed, and believe that to be just, the President must first indict Cheney and Mueller and the Zionist conspirators in 9/11, wrap up the Mossad/CIA/FBI pedophilia entrapment cells, and THEN put the Obama people into the hopper.  General Flynn’s case should be dismissed immediately, and the General brought back into national service, perhaps as Director of National Intelligence with a mandate to burn 70% of it to the ground, consolidate everything at CIA, eliminate his job, and move to the White House to oversee the Strategy Advisory Group that includes oversight of the National Intelligence Council and the new Open Source Agency.

Review: VICE–Dick Cheney and the Hijacking of the American Presidency

Brice Taylor, Publishes ‘Thanks For The Memories … The Truth Has Set Me Free! The Memoirs of Bob Hope’s and Henry Kissinger’s Mind-Controlled Slave’ [Not Yet Validated by ITNJ]

My Early Pieces on the Russian Witchhunt:

Robert Steele: US IC Allegations Against Russians Are Crap — Our Own Traitors, Not the Russians, Are the Real Enemy, Fake Evidence & Fake News – UPDATE 22