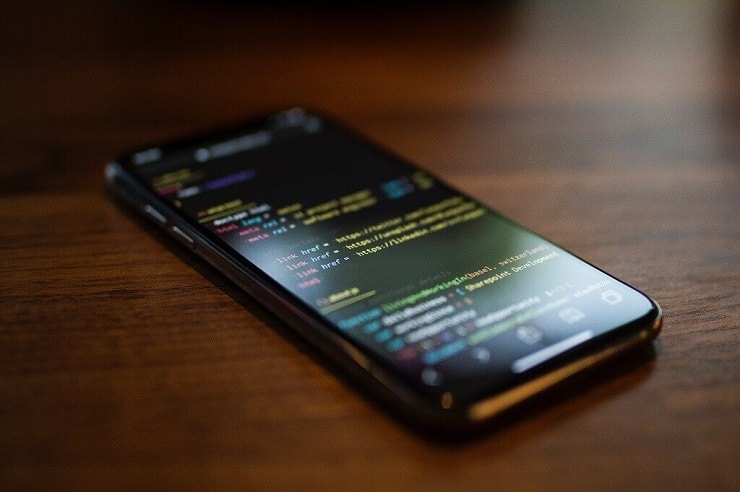 By the 1990’s the bridge between media, academia and spy agencies had disappeared. Publishing, lecturing, every aspect of journalism or education, eventually to include science, mathematics and engineering as well, had become “political.”

Any individual who strayed became a threat. Every organization, official or ad hoc, had to be penetrated and managed, using programs developed by the FBI under Hoover in the 1950s and 1960s.

Conversely, all “output,” meaning every lecture, every book, every news story, knowing all was “filtered and controlled” was a source of intelligence “backwash” and could reveal not only “intentions” but “patterns of misdirection.”

This was before social media, before facial recognition, before license plate scanners that could check everything from your unpaid fines to medical records.

Despite efforts by privacy advocates and EU regulations, an “industry” now competing with and deeply paralleling the military weapons monoliths has taken shape in the shadows, unseen, unregulated, unaccountable and unstoppable.

In 1975 a film was made that covered the earliest stages of these efforts. From reviewer Roger Ebert:

“’Three Days of the Condor’ is a well-made thriller, tense and involving, and the scary thing, in these months after Watergate, is that it’s all too believable. Conspiracies involving murder by federal agencies used to be found in obscure publications of the far left. Now they’re glossy entertainments starring Robert Redford and Faye Dunaway. How soon we grow used to the most depressing possibilities about our government — and how soon, too, we commercialize on them. Hollywood stars used to play cowboys and generals. Now they’re wiretappers and assassins, or targets.”

Then in 2010, AMC developed a new TV series, one more focused, one more advanced, one quickly squashed when its plotline began to suggest an all to realistic apparatus inside the US capable of planning and executing events such as 9/11. From New York Vulture:

“What would be its next groundbreaking series?

Enter Rubicon, an espionage drama inspired by ’70s conspiracy thrillers—The Parallax View, Three Days of the Condor, The Conversation, and All the President’s Men are the big influences — with updated post-9/11 anxiety. Created by Jason Horwitch, the series follows Everyman intelligence analyst Will Travers (James Badge Dale) whose investigation into the mysterious death of his mentor David Hadas (Peter Gerety) leads him to discover a shadowy cabal of elites who use data from his employer, private intelligence agency API (the American Policy Institute), to manipulate global events for profit. Rubicon immersed its viewers in an all-too-familiar paranoid environment. Someone is always watching. Danger lurks behind every corner. No one can be trusted.”

Thus it began those many years ago, a stew of reading everything, listening to all, followed by benchmarking “patriotism” to where it eventually equated silent compliance and now full complicity in a new process.

Those who speak out are first smeared, often paid for by think tanks or organizations like the ADL, AIPAC or the NRA. Then the stalking begins, online at first but later, if reports are correct, broad electronic harassment.

From there, the lists, “no fly” and “terror watch” and past that, a visit from the FBI.

If that doesn’t work, is it really a fake heart attack or suicide, maybe a plane crash or boating incident like those that took down former Senator John Tower and his family and his employer, Robert Maxwell, reputed master spy and blackmailer “supreme” if reports are to be believed.

Terms like “understatement” don’t work either as intrusive technology, phones that measure where we walk, our heart rates while we talk and who we talk to, record what we say and hear…do you see where this is going?

Then the assumption that no one would want this much information or have so little respect for individual privacy is beyond naïve. Worse still, with real discussions of privacy controlled by those who created the problem, the unlimited ability of “big data” to re-engineer human existence and their active efforts to do exactly that will remain out of any public forum.

Here is a basic example from the past. Americans have always looked at public upheavals, such as opposition to the war in Vietnam or the rejection; in 1964 of presidential candidate Barry Goldwater as “extremist,” based on media reporting alone. There is no “feedback loop” other than the media telling us how we think based on their “unbiased observations.”

I think it is safe to say the media has never been unbiased and that their observed and reported public upheavals are, often as not, dictated by darker sources such as those that sent America into a frenzy to destroy Iraq for its notable “non-involvement” in the events of 9/11.

It is safe to say that no media reported “upheaval,” whether to impeach Trump or bomb either Iran or Israel, depending on which way the winds blow as it were, is taken seriously. However, what is taken seriously is the record of abuse that already stands, certainly pointing to so many institutions, media, press, education, government, courts and police. Then again, Americans now fear their own military and have every reason to suspect that it may well turn into an occupation force for us against the US as it no longer has a legitimate role otherwise.

This is not an Orwellian threat, not an alien invasion, not even a holocaust style roundup of influencers, and these are the fears carefully stoked among the public today, fears that don’t come even close to the truth.

Let’s look at the “mechanisms” of control.

Imagine a world where there are no real governments, where mysterious “talking points” are delivered to everyone, diplomats, legislators, even national leaders.

The same “talking points,” really that day”s list of official lies and fakery, now reach millions, judges, police officials, but more threatening, “activists” and of course the media, anyone receiving a public paycheck or the thousands who receive secret stipends from “reptile funds” that invigorate the “troll universe.”

The threat today began with a synergy some years ago, the Maxwell and Murdoch empires that ran the US, Britain, Canada, Australia and New Zealand, the first mass media monoliths that combined print and broadcast with intelligence operations, blackmail, assassinations and, if investigative sources are correct, staged acts of terrorism.

We ended up on this road following the mysterious death of Jeffrey Epstein, “suicided” in prison, erased from the media days later while a duped public expected a trial that would open the door to a world of elites whose lives were steeped in ritual abuse and the unimaginable evil that has led to the world we see today.

Yes, there is a vast hunger out there to understand why humanity has descended the evolutionary ladder, where, each decade is worse than the last, more unjust, more intolerant, where the scale of human suffering and debasement reaches unimagined heights.

A puzzled public seeks answers and is fed what they want, custom engineered conspiracy theories based on “big data” profiling of over 500 million “influencers” who, in today’s device ridden world, digest fakery and spew fear and hate.

What is “big data?” Can your television really watch you? Does Google read your Gmail? Is everything you watch or listen to cataloged? Is every search, everything you read analyzed?

If you think this is all, you are mistaken.

They know how long it took to read it and some devices know where your gaze was drawn to on the screen as well. Of course your phone follows you all day, where you go, how long you spend there, who you visit, what you buy, and reports all this not dozens but up to 600 times a day for Android users according to a recent study.

Even that goes further, rapidly spreading facial recognition not only sees who you are but your expressions as well. Software is being developed and quickly distributed that watches how you walk, detects your mood, your health, knows more about you than even you do yourself. Are we all being profiled as potential terrorists?

One half trillion dollars a year, more than is spent on all nuclear weapons, is spent on “big data” collection and analysis that feeds not just commercial interests but, as 2016 proved, political interests as well.