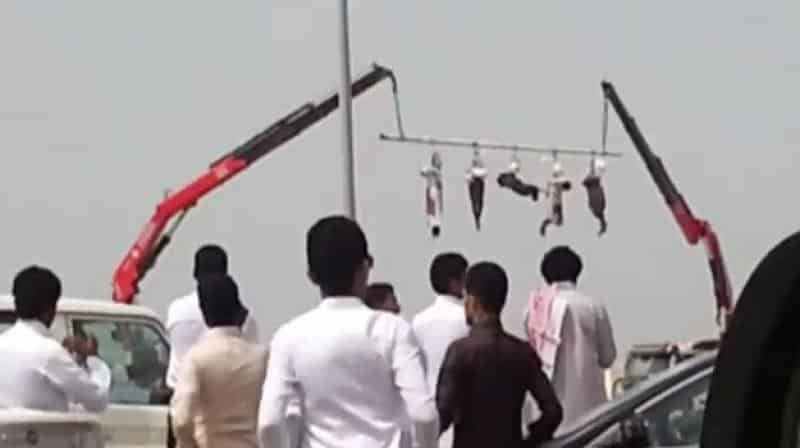 Saudi Arabian authorities have reportedly arrested dozens of Jordanian nationals on charges of collecting and sending donations to impoverished Palestinians in the besieged Gaza Strip.

Mustafa al-Assaf, a spokesman for the Reform parliamentary bloc – which represents the opposition in the parliament, told Arabic-language al-Khaleej Online news website on Thursday that officials in the conservative kingdom have conducted the arrest campaign against 60 Jordanians, despite the fact that they have lived in the country for many years without a criminal record or causing any security concerns.

Fayez said the families of the detainees have been staging protests in front of the Saudi embassy in the Jordanian capital city of Amman to demand the immediate release of their loved ones.

The measure against Palestinians involves official and non-official money transfers.

“The Reform parliamentary bloc has followed up the issue of Jordanian detainees in Saudi prisons, and addressed the issue to the Ministry of Foreign Affairs and Expatriates several times, and the response was that it communicates with Saudi authorities,” Assaf said.

He added that arrested Jordanian citizens were collecting donations for people in the Gaza Strip with the knowledge and approval of Saudi officials, and were not doing anything other than that.

On Saturday, the Euro-Mediterranean for Human Rights Monitor, an independent, nonprofit rights organization, announced in a statement that dozens of Palestinians have forcibly disappeared in Saudi Arabia and their fates remain unknown.

The Palestinian community in Saudi Arabia believes that the real number of the abductees is far higher.

Dozens of Palestinians have forcibly disappeared in Saudi Arabia and their fates are unknown, according to testimonies by their families given to a Swiss-based rights group.

The Euro-Med said the Palestinians in question — among whom are students, residents, businessmen, and academics — have been completely isolated from the outside world without any indictments against them.

They have not been brought before public prosecution, nor allowed to communicate with their relatives or lawyers, it added.

Over the past two years, Saudi authorities have deported more than 100 Palestinians from the kingdom, mostly on charges of supporting Hamas resistance movement financially, politically or through social networking sites.

The Riyadh regime has imposed strict control over Palestinian funds in Saudi Arabia since the end of 2017.

All remittances of Palestinian expatriates are being tightly controlled, fearing that these funds could be diverted indirectly and through other countries to Hamas.

Money transfer offices are asking the Palestinians to bring forward strong arguments for conversion, and do not allow the ceiling of one’s money transfer to exceed $3,000.