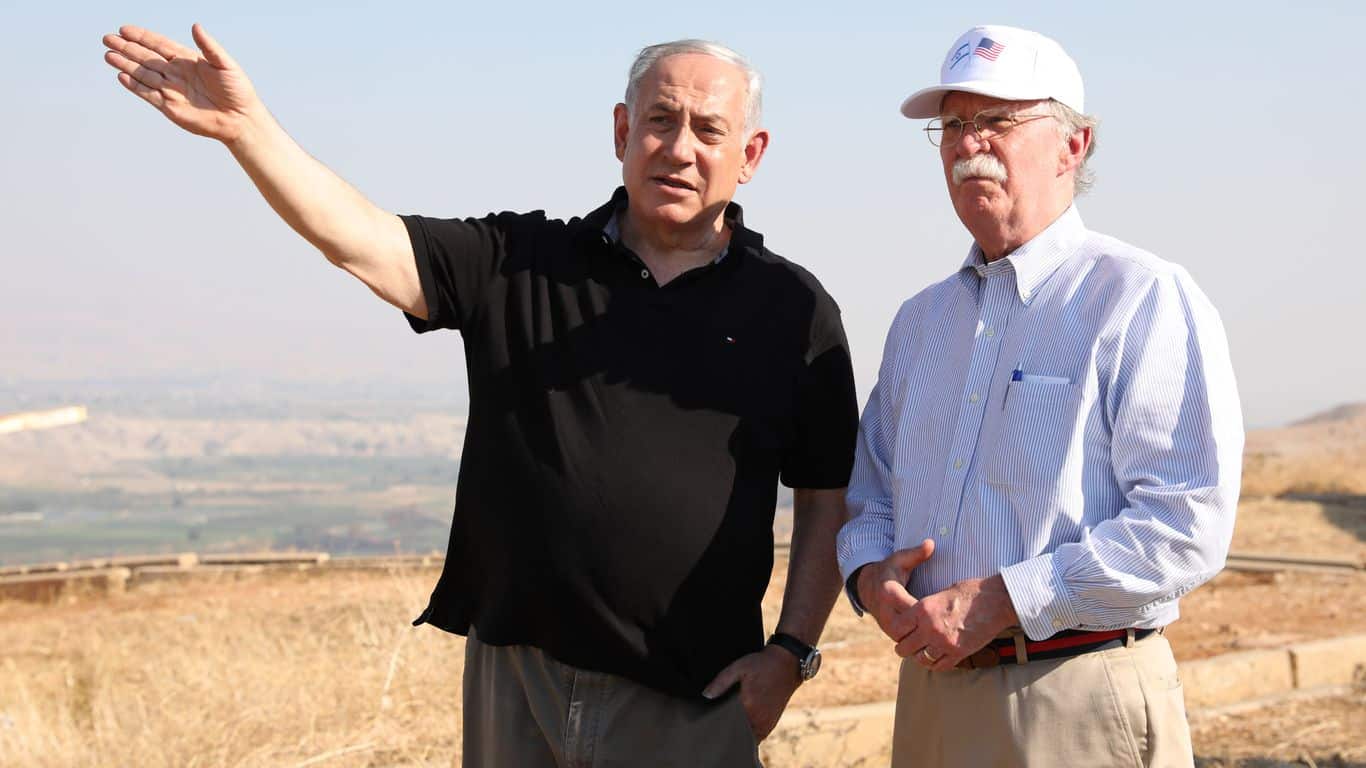 John Bolton, without a doubt, was one of Israel’s finest puppets and political prostitutes in the White House. He was also well liked in Neocon think tanks like the American Enterprise Institute. It was Bolton himself who perversely declared that “Israel can serve as a model for American security.”[1]

Bolton, because he served his Israeli masters really well, won the “Defender of Israel” award last year.[2] In fact, he received all kinds of accolades by Israeli officials when it was announced that he was going to be one of Trump’s advisors in the White House.[3] Bolton had to wear different hats because he was also a political snitch. He once told Israeli officials that Condoleezza Rice “sold you out.” Israel’s former UN ambassador, Dan Gillerman, remembered:

“One night, Bolton warned the Israelis what Secretary of State Condoleezza Rice was planning. ‘In that case John Bolton got in touch with me at about 8 o’clock in the evening, which was 3 in the morning in Israel, calling to say ‘You have to call your prime minister and tell him that Condi Rice sold you out to the French…’ I woke the prime minister up at 3 a.m. Israel time, and that actually brought about a total change in the final resolution.”[4]

“In her 2011 autobiography, Rice said she learned ‘several years later’ that ‘Bolton had been sharing information with the Israelis through their U.N. ambassador without permission to do so. That practice had backfired, as the Israeli ambassador was one step behind the discussions between the White House and the prime minister’s office.’ Responding to Rice’s comment in 2011, Bolton told The Daily Beast: ‘Of course I kept the Israelis informed about the state of play in the negotiations. That’s how you treat close allies.’”[5]

Now that Bolton has been kicked out of the White House, the Israelis again are sad and scared because they lost one of their guys. As Ron Kampeas of the Jewish Telegraphic Agency himself puts it, “a broader concern for Israel could be the reinforcement of Trump’s isolationist tendencies. Bolton was often seen as agitating for a more robust American military posture, a tendency Trump has resisted.”[6]

The Neocons and Israelis are also worried because it seems that no one will be able to push for the United States to invade Iran. Bloomberg itself tells us that “Israel Fears Abrupt Trump Reversal on Iran After Bolton Fired.” We are told that “Bolton’s exit delivered a blow to Israel’s policy of isolating and economically clobbering the Islamic Republic.”[7]

Danielle Pletka, a vice president at the American Enterprise Institute (Bolton works there), lamented: “There are people in the president’s inner circle who disagree with American global leadership. There are people inside the White House who think defense spending and foreign aid are money wasted and we should deal with things at home.”[8]

Bolton is politically gone. Now is the time for Trump to step up a rigorous foreign policy. The Jewish Daily Forward agrees that “The firing of an administration official working in Israel’s stated interest couldn’t help but raise questions about the limits of what Trump will do for Netanyahu.”[9]

These people aren’t really raising serious questions. They are scared because they believe any peace deal with Iran could be a devastating blow on Israel and indeed Benjamin Netanyahu. When Michael Pompeo declared that Trump was willing to talk with Rouhani “with no preconditions,” Chuck Freilich, former Israeli deputy national security adviser, quickly responded by saying:

“It’s bad news for Israel. It’s certainly bad news for Bibi as far as Iran goes, for those who take a hard position on Iran.”[10]

In an article entitled, “The Netanyahu Show Is Finally Fizzling Out, Bloomberg declared:

“A rocket attack. John Bolton is fired. A surveillance law fails. Sheldon Adelson calls his wife ‘crazy.’ And next week could be even worse…. Are Netanyahu’s days over? Though he is now slightly trailing Gantz’s Blue and White coalition in the polls, what matters is who will be able to put together a coalition. That is utterly unclear.

“What the numbers do make clear, though, is that Bibi may not be invulnerable, and his recent behavior demonstrates that he knows it. A political quip making its way across Israel yesterday was telling. Almost all Israelis despise Hamas, but, some were saying with a wink, maybe Hamas’s small attack yesterday got one thing right – getting Bibi off the political stage.”[11]

Bloomberg again reported: “Netanyahu told reporters last week that he couldn’t stand in the way of a meeting between Trump and Rouhani.”[12]

This is strange, isn’t it? How can peace, not war, be a bad deal for Israel? How can Netanyahu have political diarrhea when two countries are attempting to strike a peace deal?

“The US should understand that warmongering and warmongers are useless, discharge the warmongers, and abandon its policy of warmongering and maximum pressure (on Iran). If they (the other parties to the JCPOA) honor their commitments, we will honor ours as well, and if they carry it out partially, we will do likewise.”