Just when everyone expected that President Trump could pull a fast one and begin the transition of Afghanistan to peace and stability, he dumped it through a tweet. The not very convincing reason was that Taliban had killed 12 people including a US Sargent on duty.

Unfortunately, in order to build false leverage, they admitted to… an attack in Kabul that killed one of our great great soldiers, and 11 other people. I immediately cancelled the meeting and called off peace negotiations.”

When countries are attacked on preconceived notions and narratives fed on fiction, the exit routes to peace are complicated and hazy. When strategic calculus thrown in public domain is contrary to true objectives, an honourable exit is never in reckoning. Conflicts by nature are complicated by the Clauswitzian Fog and Friction. If their start point is built on falsification, they become a daunting maze.

According to Julian Lider armed conflict is an activity of choice and opportunity on a perspective of relative equilibrium bonded from cooperation to coercion in which violence is exercised in rare and extreme cases to restore the political equilibrium.

Modern conflicts [wars waged on non-state actors] are not an independent phenomenon, but instruments warranting political acumen to balance ends-means relationship. USA lacks this relationship because the conflict began with a bang of ‘shock and awe’ and proceeded on a faulty premise.

According to Michel Howard, “The main lines along which military events progress and to which they are restricted, are political lines that continue throughout the war into subsequent peace. Having started a conflict, it is also important that the statesman makes a correct assessment so as to seek peace at the right time. Perhaps, USA has so far failed to achieve its many stated and invisible objectives and hence the ‘dead tweet’. The lines to peace are hazy.

President Trump’s sudden withdrawal was not impulsive. It reflects the complexity of objectives, ambitions and failures of US policies in the region. American adventurist relied on technology to ignore the science of ‘nature of war’. In a prolonged conflict of 18 years, conflict resolution is an ‘elusive summit’ with dense clouds, strong winds and poor visibility. Mountains always dictate the final outcome.

Dissensions within the State Department revealed undercurrents within the establishment. There was stiff resistance from national security adviser John Bolton who was immediately and unceremoniously packed off.

The hawks kept arguing that the terms of agreement were vague; safe exit passage for US forces meant a defeat; Taliban would not honour the agreement and Ashraf Ghani’s government in Kabul would be thrown to blood hungry hounds. Some thought the timings of Camp David Summit were too close to the tragedy of 9/11. The optics of appeasing and dining the very terrorists on the eve of this tragedy were ironical; too difficult to digest.

But this is where truth and fiction collided. That is why the talks were deemed dead. Should we now expect a new approach to the use of force? Perhaps, the new theatre will be more expanded, more dangerous and volatile. The outcome will not change because the entire rational of war fighting is built on presumptions, assumptions and falsifications.

Like always, the biggest casualty were truth and quest for peace. Though there are many believers, the common notion that Afghan Taliban abetted 9/11 is still not proven. As a start point to peace, Americans and Afghan Taliban know the “common truth”.

The contradictory statement from secretary of state Mike Pompeo was in stark contrast. “We have, in just the last 10 days alone, killed over 1,000 Taliban. We have been fighting and talking in a way that America often doesn’t do.” Wait a while. President Trump talked of 12 killed by Taliban! 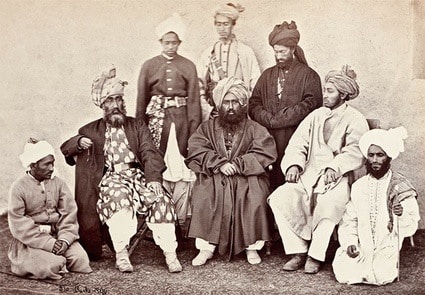 It was in backdrop of ‘common truth’ and in nearly a yearlong negotiation process, it was agreed that hostilities would continue, till a settlement was reached; the first goal post towards mutual confidence building. How does one explain this turnaround?

The Taliban were dismayed but still hopeful. “It was astonishing for us because we had already concluded the peace agreement with the American negotiating team. If the Americans want to not attack us, and they want to withdraw, and they sign the agreement, yes we will not attack them … But if they attack us, they continue their bombardment, their night raids, [then] that will continue from our side what has been continuing for the last 18 years.” Said Suhail Shaheen an obvious reference to US operations Mike Pompeo admitted.

The narrative is based on facts, propaganda and perceptions. Sometimes perceptions become the belief- the biggest obstacle to conflict resolution and peace. Going to war is easy. Recusing to peace is difficult especially when it involves a global economic and military power with all technologies at its disposal. The last battle is always most difficult and daunting. At stake are geostrategic interests, ambitions and national pride.

The biggest challenge is that the two parties to the conflict have limited and unlimited objectives. For Afghan Taliban it is an end to foreign occupation while USA strives for a Greater Middle East. Within this contrast is the explanation of no immediate US retrograde from Afghanistan.

The country most affected by this stalemate will be Pakistan. Afghan Taliban is seen as a Pakistani proxy. This is why some policy makers in State Department felt that Pakistan should have been co-opted. Others felt that USA needed to build a relationship with Afghan Taliban and edge out Pakistan altogether. To them Pakistan and not Afghanistan was the problem. For as long as cross hairs are on Pakistan, even the notion of a false summit is elusive.

My analysis and conclusions are not built on day to day reactions. They follow a hypothesis I formulated over three decades ago and articulated in hundreds of articles. Events have strengthened this viewpoint. If USA thinks it cannot back off; for Pakistan, it will be suicidal. Below is a slightly updated version of what I wrote in 2009.

US Strategic mind is obsessed with dominance; a constant drift from a measured military response to countervailing strategic dominance. At the heart of such thought is the containment and control of Eurasia in which Pakistan constitutes the formidable Southern Front, the ultimate Global Balkan. The issue is neither Afghanistan nor Pakistan. These are mere stepping stones to far greater objectives.

It can be debated endlessly if such objectives are achievable? There is no dearth of neo strategists who believe that use of covert activities can achieve political objectives both in tandem and whilst bypassing the defence establishment.

These are the other forms of nonviolent conflict that reflect aspirations of cartels, energy giants and economic czars with technological edge. War making has moved from Clausewitz’ limited objectives to political absolutism. The canvas is widespread and everywhere. (Nation: Political absolutism: a disaster in making, November 19, 2009)

Clausewitz writes, “Wars have in fact been fought between states of very unequal strength, for actual war is often far removed from the pure concept postulated by theory. Inability to carry on the struggle can in practice be replaced by two other grounds for making peace; first, the improbability of victory and second, it’s unacceptable cost”.

In these broad spectrum conflicts there is another motive; the illusion of victory. For as long as USA cannot create this illusion, there will be no relief in containment of Pakistan. Pakistan’s crumbling economy offers a fleeting opportunity?

Within USA and its allies, who will be the anvil and who the hammer is left to reader’s imagination? In US strategic thinking CENTCOM is the anvil and Indo-Pacific Command the ‘Hammer’. No wonder India dares adventurism in occupied Kashmir?

Two negatives produce a positive but two wrongs cannot make a right. It seems the calculus of creating an ‘Illusion of Victory’ has gone horribly wrong.