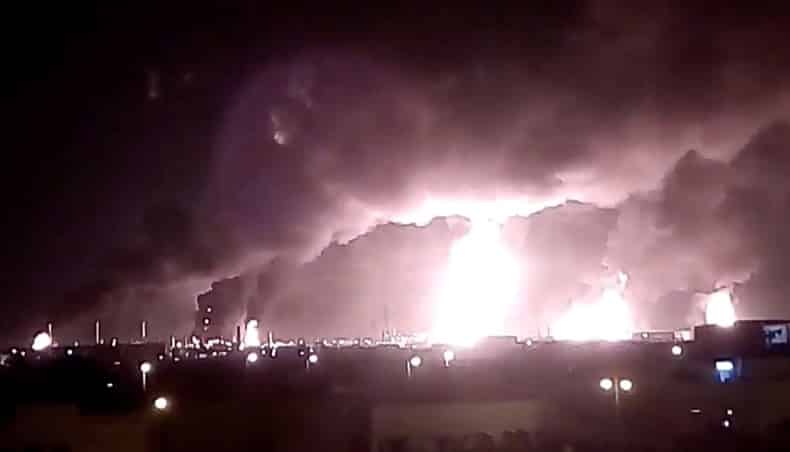 [ Editor’s Note: This looks like a devastating attack, showing what a juicy target a big facility like this is. Remember that Yemen has no stealth planes, just their drones built under crushing pressure from the Saudi coalition war on them.

This is also a huge defeat for the endless billions spent by Saudi Arabia on Western arms, where we see the tiny Yemen economy while under huge pressure is able to inflict this kind of punishment. It looks like this facility, a major one, is destroyed.

So what the Yemenis learned here was don’t send two drones to disrupt operations for a week or two, but send ten to destroy the facility by making sure you can set the whole place on fire first and let the petroleum do the rest of the work.

And last, which you notice that controlled media has never waded into, if Yemen can inflict this much punishment, will this make the Saudis rethink what Iran could do if the US coalition is crazy enough to get a shooting war going in the Gulf?

This is all that it would take to send the world economy into a tailspin, which would trigger a series of bank collapses like we have seen before. Who would be blamed for this? And how desperate would those be who began this stupid Yemen war?

What penalty should they have to pay for such a debacle, and what lengths would they go to pin the blame on someone else, as we have also seen before? … Jim W. Dean ]

The attack was carried out by the Houthi Air Force, the spokesperson for the Yemeni rebel group, Brigadier Yahya Serai, said on Al Masirah TV, vowing to “expand the operations against the Saudi regime in the future.”

The drones targeted a refinery in the city of Abqaiq in the kingdom’s oil-rich Eastern Province, which state-run giant Aramco describes as the world’s largest oil processing plant, and a refinery at the vast Khurais oil field, around 150km from Riyadh.

Multiple videos posted on social media show an Aramco compound engulfed in flames and thick black smoke billowing from the site. In some footage, loud bangs resembling the sound of explosions can be heard in the background, along with apparent sounds of gunfire.

The gunshots and the explosions were heard by local residents at around 3 am this morning in Aramco compound near #Buqayq, #SaudiArabia. Some people I spoke to say there were about 12 explosions that rock the area. 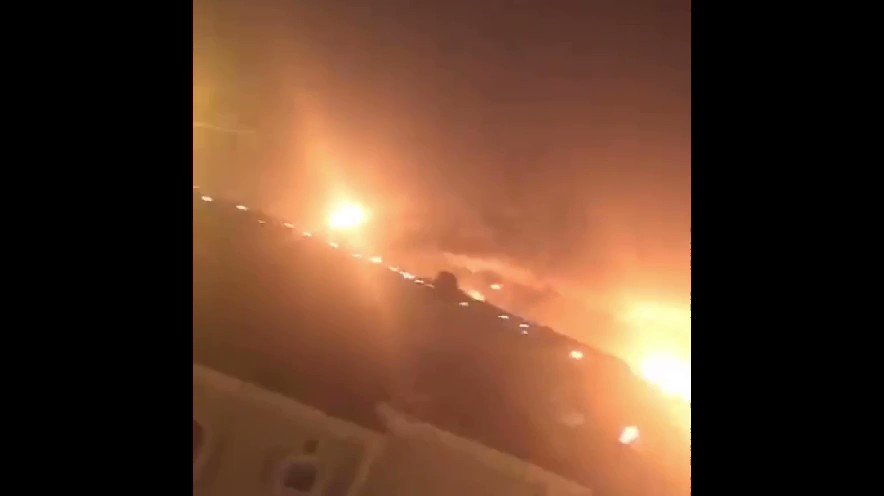 Here’s a long video compilation showing different angles of what is supposedly the aftermath of the explosion. 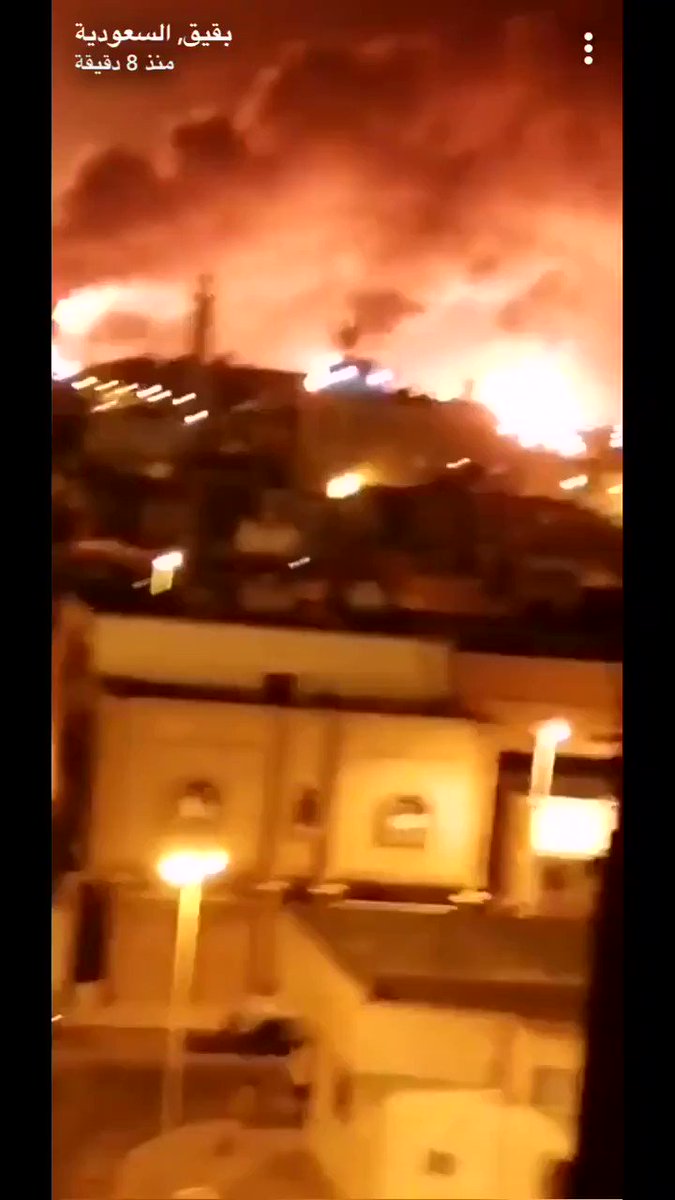 Riyadh acknowledged that its oil facilities were hit by drones but did not immediately name a perpetrator. The authorities said the fires on both sites are under control.

The first video shows one of the explosions from the vantage point of a parking lot nearby. Bursts of gunfire are audible in the distance.

Saudi Arabia has led a bombing campaign in Yemen since it intervened in the nation’s civil war in 2015, assisting ousted President Abdrabbuh Mansur Hadi’s fight against the Houthi rebels who control the nation’s capital, Sanaa.
The campaign placed the Saudis under fire from the UN and international human rights groups, which have repeatedly stated that the airstrikes have caused mass civilian casualties.
SOURCERussia Today