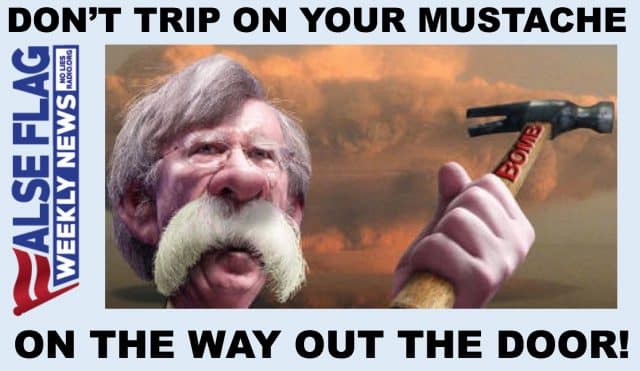 Watch False Flag Weekly News above. Click HERE for links to the stories we covered.

Leading Catholic intellectual E. Michael Jones of Culture Wars magazine is the author of Jewish Privilege. Miracle of miracles, Amazon has not yet removed it. Perhaps Amazon’s hired censors recognize that Dr. Jones, far from being a racist, is in fact critiquing racist ideologies, including both Jewish supremacism and white nationalism. Or maybe the ADL just hasn’t gotten around to complaining yet. In any case, E. Michael Jones agrees with me that the internet oligarchs’ ongoing assaults on the First Amendment are an outrage—and may even have been designed to elicit violence.

In this episode of False Flag Weekly News we celebrate the departure of John Bolton…perhaps prematurely, since his stand-in, Charles Kupperman, thinks nuclear war is winnable since we might only lose 20 million people, tops.