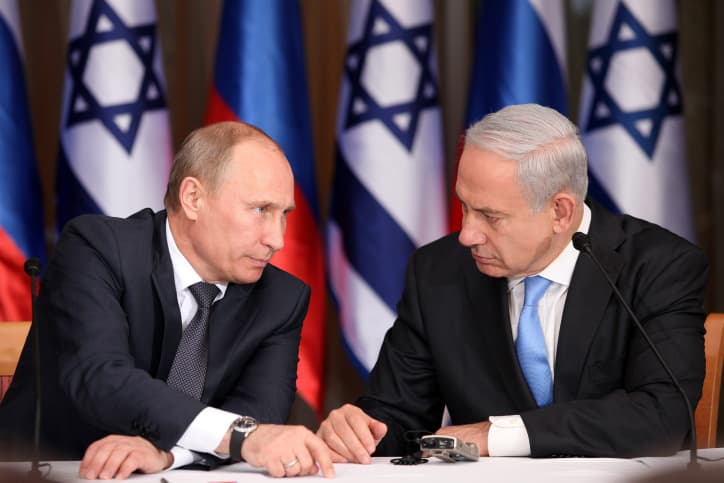 Russia finally made the move to send the Israeli regime an ultimatum which basically says that if Benjamin Netanyahu doesn’t stop antagonizing Syria, then Russia will use his military power to take serious actions. The Jerusalem Post itself has reported just yesterday:

“Moscow has prevented three Israeli air strikes on three Syrian outposts recently, and even threatened that any jets attempting such a thing would be shot down, either by Russian jets or by the S-400 anti-aircraft missiles… a similar situation has happened twice – and that during August, Moscow stopped an air strike on a Syrian outpost in Qasioun, where a S-300 missile battery is placed.

“Moreover, it was claimed that another air strike was planned for a week later on a Syrian outpost in the Qunaitra area and a third one on a sensitive area in Latakia. This development is what pushed Netanyahu to have his quick visit in Russia to try and convince Putin to ignore Israel’s attacks in Syria.

“According to the Russian source, Putin let Netanyahu know that his country will not allow any damage to be done to the Syrian regime’s army, or any of the weapons being given to it, because giving such a permission would be seen as giving Israel leniency – something that contradicts Russia’s goal of assisting the Syrian regime.”[1]

According to the report, Benjamin Netanyahu tried to woo Vladimir Putin and present “a positive message of the cooperation between the two countries and even tried to use it for his election campaign, but it didn’t work. Israeli sources who have spoken with the newspaper called the meeting ‘a failure.’ They claimed that everything regarding the air strikes in Iraq and Syria, since they were in the public eye, embarrassed the Russians terribly in the eyes of their allies in the area – Syria, Iran and the militias that support them.”[2]

“The Russian source said: ‘Putin has expressed his dissatisfaction from Israel’s latest actions in Lebanon,’ and even emphasized to Netanyahu that he ‘rejects the aggression towards Lebanon’s sovereignty,’ something which had never been heard from him. Putin further stated that someone is cheating him in regards to Syria and Lebanon, and that he will not let it go without a response. According to him, Netanyahu was warned not to strike such targets in the future.”[3]

This is not the first time that Putin has warned Netanyahu. When Netanyahu was dancing like a wild buffalo saying that Assad used chemical weapons on his own people, “King Bibi” was expecting Putin to join him and drop Assad. He wanted Putin to wash his hands and declare that Assad is alone. The mad man seemed to have thought that the end of the Assad government was near. King Bibi had already passed the same message to the Trump administration, and they responded in the affirmative.

In fact, the Trump administration had already told Russian officials to drop their support for Assad.[4] But Putin had a surprise for “King Bibi.” Putin “highlighted that it was unacceptable to make groundless accusations against anyone without conducting a detailed and unbiased investigation.”[5] Obviously “King Bibi” wasn’t expecting this pointed rebuke. But in order to make a vacuous point, the mad man declared: “The horrible images in Syria should shock any human.”[6]

Well, the images in Gaza should shock any human being with an ounce of common sense; the Israeli settlements should

shock any human being with an ounce of common sense. Amnesty International itself reported that Israel relentlessly tortured children in 2016.[7] About three years ago:

“A new report by the U.S. State Department thoroughly details how the Israeli government discriminates against Palestinians in almost every aspect of society. 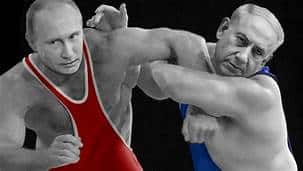 “In its 2015 Country Report on Human Rights Practices for Israel and the occupied Palestinian territories, the U.S. Bureau of Democracy, Human Rights and Labor acknowledges the ‘institutional and societal discrimination against Arab citizens of Israel.’ The U.S. also confirms that Israeli government forces are responsible for unlawful killings and the use of excessive force and torture against Palestinians.”[8]

This happens virtually every single year.[9] Bibi didn’t want to talk about that because it would have unequivocally shown that he was wearing Talmudic clothes. It is with great relief that Putin is now telling the mad man in Tel Aviv to shape up or ship out!