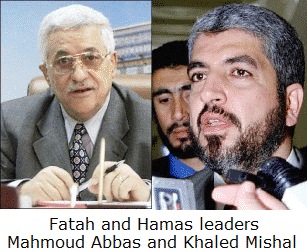 Editor’s note:  Alan Hart, a decade with VT after being kicked to the curb by ITV in Britain for too much accuracy in reporting.  This is us remembering….Gordon ]
*
In one sense they are right. When the Palestine file was closed by Israel’s victory (ethnic cleansing and all) on the battlefield in 1948, the Palestinians were supposed to accept their lot as the sacrificial lamb on the altar of political expediency.
That was according to the script written by Zionism and effectively endorsed by all the major powers and, behind closed doors, the regimes of a divided and impotent Arab order. Nobody in power anywhere wanted the Palestine file to be re-opened because, if it was, a confrontation with Zionism in all of its awesome manifestations would one day be inevitable.
So it could be said if the Palestinians had been prepared to be the sacrificial lamb, the first Arab-Israeli war would also have been the last.By such cruel and mad logic the Palestinians are to blame for the sustaining and escalation of the conflict.
But let’s now leave fantasy land and acknowledge that the hallmark of Zionism in action is saying one thing to the world and doing the opposite.
Israeli Prime Minister Ehud Olmert warned that Israel has no future unless there’s a two-state solution, but the colonization of the occupied West Bank went on. Prime Minister Binyamin Netanyahu let the word’s “two states” pass through his lips and, under pressure from President Obama, he even declared a moratorium on settlement building for 10 months, but the colonization went on. (And will no doubt be speeded up when the phoney moratorium ends in September).
So a question. Is there now case for saying that the time has come for the Palestinians to call Israel’s bluff?
They could do so with a joint Fatah-Hamas statement to something like this effect:

“We cannot and will not recognize Israel’s “right” to exist because it has no such right, but we are a pragmatic people and we hereby declare that we are prepared to recognize and live in permanent peace with the reality of an Israel inside its borders as they were on the eve of the 1967 war, with Jerusalem an open, undivided city and the capital of two states… We further declare that our pragmatism extends to accepting that the right of the dispossessed Palestinians to return must and will be confined to the Palestinian state, which means that many of those who wish to return will have to settle for compensation for the loss of their homes and their land.”

In theory, such a statement would have its best chance of making a positive impact in Israel if, when it was made, it was immediately endorsed by supportive declarations from Hizbollah and Iran to the effect that they will accept whatever the Palestinians accept. (Despite Zionism’s wild assertions to the contrary, that is actually the position of both Hizbollah and Iran).
Polls consistently show that about 70% of Israelis favour a two-state solution. If they really do, declarations as indicted above could have the effect of opening a door to new politics in Israel; new politics that would see a majority of Israelis giving real substance to their democracy by demanding that their leaders be serious about peace on terms almost  all Palestinians and most other Arabs and Muslims everywhere could accept.

If a most explicit joint declaration by Fatah and Hamas failed to trigger new politics in Israel, it would prove what Larry Derfner said in an article for the Jerusalem Post on 23 July: “Politically, Israelis now operate strictly on fear and aggression; look at them cross-eyed and they think Hitler’s back and they’re ready to drop the big one. Politically they’re nuts. A danger to others and themselves.”

My way of putting it would be to say that what had been proved is that most Israelis have been brainwashed to the point where they are beyond reason and prefer to live with the fear of annihilation (fear planted and nourished in them by Zionist propaganda) rather than the comfort of peace and security. (In a future article I’m going to address this question – Do Israelis, most of them, need to feel threatened?)

What would the Palestinians have to gain from calling Israel’s bluff if doing so did not trigger new and sane politics in Israel?
There are two possible answers.
One is nothing if the major powers, America especially, continue to be terrified of offending Zionism too much and remain constant in their refusal to use the leverage they have to cause or try to cause enough Israelis to be serious about peace.
The other is that exposing Israel like never before as the real obstacle to peace could be a game-changer. Even some Americans are now debating whether Israel is more of a liability than an asset. (See, for example, Chas Freeman’s remarks at a Nixon Center debate on 20 July, www.nixoncenter.org/index.cfm?action=showpage&page=Freeman-Israel-Asset-or-Liability).
Could it be that a most explicit Palestinian calling of Israel’s bluff would create the understanding needed in America to free up President Obama (after the mid-term elections in November, of course) to take on and defeat the Zionist lobby, for the sake of peace in the Middle East and best protecting America’s own real interests in the region and the wider Muslim world?

Caveat
I am fully aware that a two-state solution which restricted the right of return to a Palestinian mini state on the West Bank and the Gaza Strip would not come close to providing justice for the dispossessed Palestinians.
Nothing but the de-Zionization of Palestine and the creation of One State for all could do that. The point of the article above is only that I believe the Palestinian leadership should now say, in the most explicit terms, that most Palestinians are still prepared to live in permanent peace with an Israel inside its pre-1967 borders.
Alan Hart is a former ITN and BBC Panorama foreign correspondent who covered wars and conflicts wherever they were taking place in the world and specialized in the Middle East.
His Latest book Zionism: The Real Enemy of the Jews, is a three-volume epic in its American edition.  He blogs on www.alanhart.net and tweets on www.twitter.com/alanauthor.
ATTENTION READERS
Due to the nature of independent content, VT cannot guarantee content validity.
We ask you to Read Our Content Policy so a clear comprehension of VT's independent non-censored media is understood and given its proper place in the world of news, opinion and media.