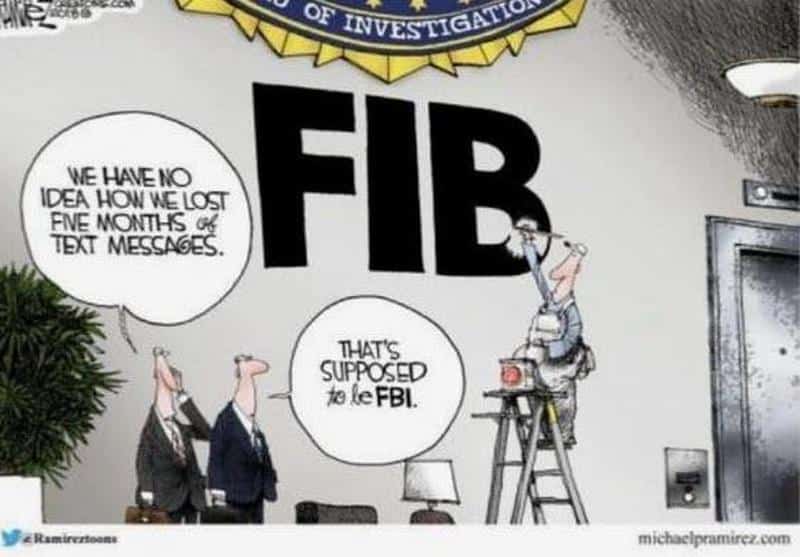 Shared in the public interest.

Will McCabe Bring The FBI Down With Him?

Authored by Daniel John Sobieski via The American Thinker blog,

The DoJ’s rejection of a last-ditch appeal by the legal team representing fired FBI Director Andrew McCabe and the recommendation by federal prosecutors that charges actually be filed against the documented liar, leaker, and co-conspirator in the attempted coup against duly elected President Donald Trump puts the deep state in a face-to-face confrontation with a potential legal Armageddon. An indictment will leave McCabe with no excuse for not carrying out his threat to bring them all down with him.

ROBERT STEELE: It has come to my attention that the DoJ memorandum exonerating Mike Flynn, and multiple other documents, are now “in the wild.” If DoJ does not release these documents voluntarily, I can see a judicial nuclear strike forthcoming on both the FBI and the Attorney General. The time has come for Barr to get serious about defending the US Constitution (1st, 2nd, and 4th Amendments particularly) and also get serious about enforcing the rule of law within federal, state, and local law enforcement, many of which are completely out of control and so far down the abuse of power rabbit hole as to warrant a special prison being built just for law enforcement officers.  Perhaps we can repurpose one of the FEMA camps?  This is OUT OF CONTROL.  Barr has until Christmas to get it right, and he would be wise to fix this before Thanksgiving.

REVIEW: The Divide – American Injustice in the Ago of the Wealth Gap by Matt Taibbi

Review: Griftopia–Bubble Machines, Vampire Squids, and the Long Con That Is Breaking America