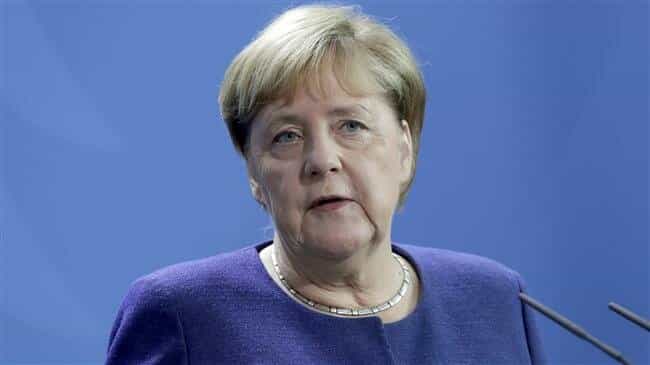 Return to JCPOA only way to de-escalate tensions in Middle East: Merkel

German Chancellor Angela Merkel says a return to a 2015 nuclear deal Iran clinched with six world states is the only way to defuse tensions in the Middle East.

The Europeans “believe that the deal to stop Iran from acquiring military nuclear capabilities is a building block we need to get back to,” Merkel said during a news conference with Jordan’s King Abdullah II in Berlin on Tuesday.

She pointed to increasing tensions in the region in recent days and said her country prefers a “diplomatic process” to calm the situation. “Germany will always be in favor of de-escalation and long-term solutions [which] are only possible through a political process,” Merkel pointed out.

Tensions have been running high between Iran and the United States since last year, when President Donald Trump unilaterally withdrew the US from the multilateral nuclear deal, officially known as the Joint Comprehensive Plan of Action (JCPOA), and unleashed the “toughest ever” sanctions against the Islamic Republic.

In response to the US move, Tehran has so far rowed back on its nuclear commitments three times in compliance with articles 26 and 36 of the JCPOA but stressed that its retaliatory measures will be reversible as soon as Europe finds practical ways to shield the mutual trade from the US sanctions.

Last week, Merkel said Europe has made its choice regarding the historic Iran deal — which Washington has been attempting to sabotage — and will honor the agreement.

Head of the Atomic Energy Organization of Iran Ali Akbar Salehi said on Monday that the international community must unanimously condemn the United States’ destructive behavior and economic terrorism against other countries.

In May, the leaders of Russia, France and Germany underscored the need to preserve the JCPOA, stressing their commitment to boosting trade ties with the Islamic Republic despite the United States’ unilateral withdrawal from the accord.

The Kremlin said in a statement that Russian President Vladimir Putin, German Chancellor Merkel and French President Emmanuel Macron had voiced support for the agreement during a phone conversation.