Home World Tulsi Gabbard to Trump: We are not your “prostitutes” 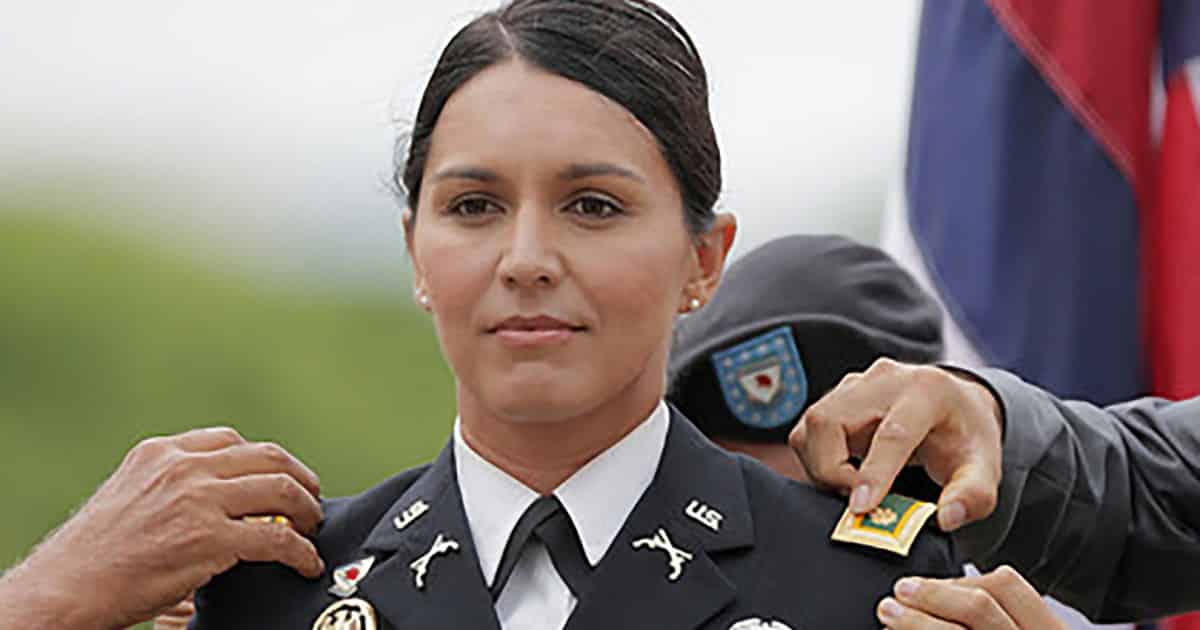 Editor’s note:  We have crossed a line here with Trump.  He has finally admitted that there is no longer an American military and that he accepts what others of us have learned, that money buys the lives of our men and women who serve.

Tulsi Gabbard, the only real combat veteran of our era to choose politics, someone who knows Trump personally and gets along with him better than most, has made it clear here.

Rep. Tulsi Gabbard has recently grabbed Donald Trump by the balls and told him something that he was obviously not expecting. “My fellow service members and I, we are not your prostitutes,” Gabbard said in response to Trump’s huffing and puffing about more wars in the Middle East for Saudi Arabia and Israel. “You are not our pimp.”[1]

The congresswoman was just getting started. She moved on to say:

“Mr. President, as you know, I have never engaged in hateful rhetoric against you or your family and I never will. But your offering our military assets to the dictator of Saudi Arabia to use as he sees fit is a betrayal of my brothers and sisters in uniform who are ready to give our lives for our country.”[2]

Trump, Gabbard said, seems to think that “pimp out our proud servicemen and women to the prince of Saudi Arabia is disgraceful and it once again shows that you are unfit to serve as our commander in chief.”[3]

Gabbard continued: “Offering to place our military assets under the command of a foreign country—Saudi Arabia—is a disgrace and betrayal of my patriotic brothers and sisters in uniform and to our Constitution… Trump awaits instructions from his Saudi masters. Having our country act as Saudi Arabia’s bitch is not “America First.”[4]

As I have argued in the past, it is somewhat premature to formulate a complete opinion on Gabbard, but she has said the right thing so far. In fact, her record is far better than numerous presidents, both past and present.

As we have documented in the past, Gabbard is an Iraq war veteran, and she knew what happened to her fellow soldiers who died for Israel, the Neocon war machine, and the military industrial complex. She also seems to be aware that the war in Iraq alone will cost American taxpayers at least six trillion dollars.[5] She is almost certainly aware of the fact that at least “360,000 Iraq and Afghanistan veterans may have suffered brain injuries.”[6]

Gabbard is smart enough to realize that the Neocon path leads to death, chaos, and destruction. She knows that virtually nothing good has come out of the Israeli narrative in the Middle East—a narrative which has brought America on the brink of collapse in the Middle East. Therefore, she is asking for a U-turn.

The first step for change, she says, is to “stand up against powerful politicians from both parties” who take their orders from the Neocons and war machine. These people don’t care about you, me, the average American, the people in the Middle East, or the American economy for that matter. They only care about fulfilling a diabolical ideology in the Middle East and much of the world. These people ought to stop once and for all. Regardless of your political views, you should all agree with Gabbard that Trump is acting like Saudi Arabia’s “bitch.”