Home Government The names change but the game remains the same 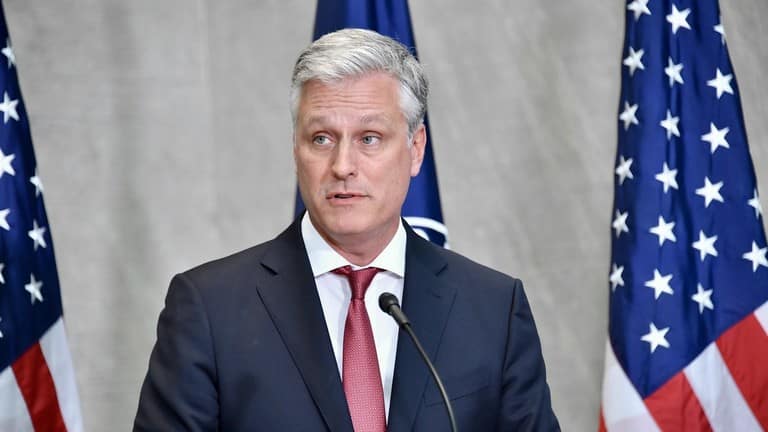 [ Editor’s Note: Well, this is a surprise. Trump has worked long and hard getting rapper A$AP Rocky out of jail in Sweden, and the man that helped do that is now elevated to new National Security Advisor.

You know what I am going to say now, you just can’t make this sh_t up. That said, anyone but Bolton would have a 90% shot at my vote.

He seems to have the necessary war crowd resumé, but Trump wanted someone lesser known than Bolton, who will not compete with Trump for news coverage. Donald does not like that. There will be no change in US policy on anything with this guy…merely business as usual.

But it is not business as usual with Japan generally following the US foreign policy lead. It said this morning that it sees no evidence of anyone other than the Houthis, who claimed the attack on Aramco. Japan cannot be brushed off like the Houthis.

The Houthis’ motives were obvious; and its attack, if the claims are true, totally legal under the Geneva 4th convention on the right to retaliate to attacks, which it has.

As the Saudis will not stop bombing Yemen and have no qualms over destroying its infrastructure, with US Coalition countries only too happy to support the effort, who would be crying for the Saudis? Who stands to benefit from the attack?

Also, missing from the post-attack news is a focus on where the attacks came from, and one would think it would be a top priority. The only good news was the initial first day “pile on Iran” mob efforts were followed the next day by the Saudis asking for international investigators to come in, starting with the French.

But very little has been said, or really asked about so far. Why have we not seen Saudi defensive radar plots for a large, incoming attack like this? We have no news of investigators coming to investigate that failure. Is there a need to cover something up? Inquiring minds would like to know… Jim W. Dean ]

President Donald Trump has named Robert C. O’Brien – a hostage affairs envoy he sent to Sweden to try and negotiate the release of jailed rapper A$AP Rocky this summer – as his new National Security Advisor.
Trump announced O’Brien’s nomination on Wednesday, saying that he has “worked long and hard with Robert.”

O’Brien replaces John Bolton, the hawkish interventionist sacked last week. Bolton was a proponent of military intervention in Iran, Venezuela, Syria, and North Korea, and Trump had reportedly complained that Bolton was actively trying to drag him into conflict. Announcing his dismissal, Trump said that he “strongly disagreed” with many of Bolton’s positions.

O’Brien is a lesser known name in foreign policy circles, and is currently serving as the special envoy for hostage affairs at the State Department. Though more used to overseeing the release of hostages from conflict zones, O’Brien was sent by Trump to Sweden in July, to try and secure the release of rapper A$AP Rocky, who was jailed for an alleged assault in Stockholm.

The negotiations failed, and Rocky was held in jail before eventually being released pending a verdict.

O’Brien set forth his foreign policy beliefs in his 2016 book ‘While America Slept.’ In it, he called for a strengthening of America’s military alliances – the relevance of which Trump has questioned in the past – and an aggressive posture against China.

The diplomat also compared the Obama Administration’s signing of the 2015 nuclear deal with Iran to appeasing Nazi Germany. Given Trump’s promise on Wednesday to “substantially increase” sanctions on Tehran, O’Brien’s hiring likely signals no thaw in relations with the Islamic Republic.