Home WarZone Trump changed mind as US army told he could not attack Iran:... 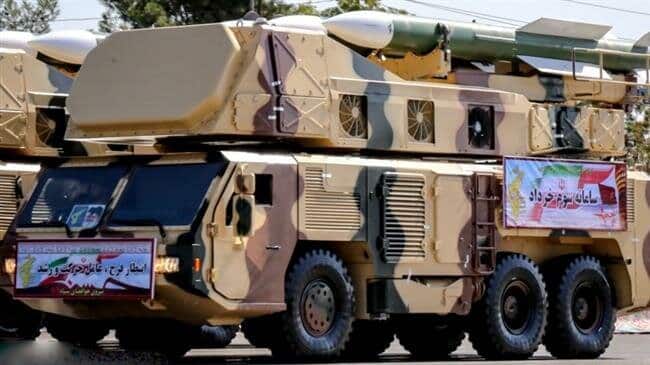 [ Editor’s Note: This story from Iran came as no surprise. Sure, it is from a biased Iranian source, the head of its own military; but VT knew there were sane generals at the top of the US command structure that could explain to Trump what Iran’s retaliatory capabilities were.

And under the 4th Geneva Convention, it would be fully within their rights to use them, which would literally blow up in Trump’s face, as the retaliation destruction would then be on his tab.

The US military already had enough egg on its face by penetrating Iranian airspace and throwing an expensive drone away. It wanted to cut its losses, which was the smart decision.

Iran clearly had the right to shoot down the US drone. If the situation were reversed, we would have shot Iran’s drone down in a jiffy. There was never a word mentioned about Iran’s shooting it down as being improper.

With the military chiefs warning Trump of the potential retaliatory consequences, if he had then ordered the attack anyway and a disaster had resulted, even Trump had enough brain cells to know the military could go on record that it warned him not to do it.

Trump’s commander-in-chief glow would be painted as that of a pretender who has been bluffing his way through the Presidency with his reality-TV style, and it would become an issue during his 2020 re-election effect. Trump will protect that at all costs, as he needs to run the statute of limitations out on his legal cases … Jim W. Dean ]

Iran’s top military commander says US President Donald Trump called off a retaliatory strike against the Islamic Republic following the downing of an intruding American drone not for fear of so many casualties, but because the US army convinced him he could not hit Tehran due to a range of reasons that could make the situation backfire.

He said that during the meeting with military officials, the US president was convinced “he cannot attack Iran,” adding, “This is a big lie that [Trump] was talked out of striking Iran for the lives of several hundred people.”

Iran’s Islamic Revolution Guards Corps (IRGC) announced on June 20 that its air defense force had shot down an intruding American spy drone in the country’s southern coastal province of Hormozgan.

In a statement, the IRGC said the US-made Global Hawk surveillance drone was brought down by its Air Force near the Kouh-e Mobarak region — which sits in the central district of Jask County — after the aircraft violated Iranian airspace.

Shortly afterwards, Iran provided the map coordinates of the precise spot where the drone was shot.

Hours after the incident, the US military confirmed that one of its drones had been shot but claimed that the incident took place in international airspace.

On the same day that the drone was shot down, Trump took to Twitter to call off a retaliatory strike on targets in Iran, citing casualties. He also said later in the day he was ready to talk with Iranian officials.

Iran says its military power is solely for defensive purposes and does not pose any threat to other countries. The Islamic Republic says, however, that it will give a crushing response to any act of aggression against its territory.