Video above courtesy of Press TV; below is my interview with the Iranian newspaper Kayhan

1) Houthis have attacked the vital source of world energy which has resulted in worldwide shock. By this act they shocked the global economy for few days. How did they reach this point of strength after 5 years of conflict with Saudis?

The success of the Houthi-led Yemeni resistance illustrates the importance of morale in military affairs. The formerly Saudi-Emirati (now just Saudi) invaders of Yemen boast a combined military budget of almost $100 billion per year. The Republic of Yemen Armed Forces, which is currently split between those who support the resistance and those who collaborate with the invaders, has a budget of slightly more than $1 billion per year; while the Houthi resistance forces have an even lower budget. So the Yemeni Resistance is being outspent by a factor of more than 100-to-1. Additionally, the Saudi invaders get plenty of help and advice from the world’s most technologically advanced and militarily powerful nations, led by the United States; while the Houthis are getting vastly less outside help, even if we accept the dubious claims of their enemies.

Despite this enormous disparity, the Houthis have fought the Saudis to a draw. And in the context of resisting an invader, a draw is a victory. Now they are turning the tables and hitting Saudi territory. In effect we are seeing a Houthi victory over the Saudis. How can such an overmatched underdog win? 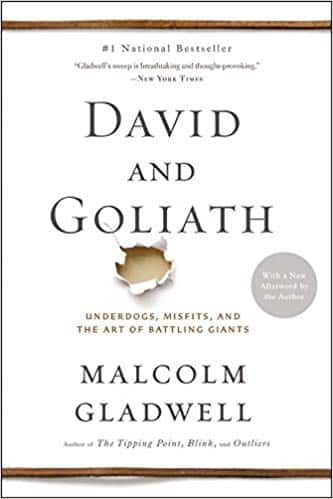 Malcolm Gladwell’s book David and Goliath: Underdogs, Misfits, and the Art of Battling Giants systematically explores how the relatively powerless can and do defeat the powerful. The most important factor is morale. Those who know their cause as just, such as guerrillas defending their land from an outside invader, fight more creatively and tenaciously than mercenaries paid by corrupt tyrants to invade someone else’s country.

Underdogs also can exploit the vulnerabilities of the powerful. Goliath was big and slow-moving, so he made an easy target for the much quicker, stone-slinging David. (Gladwell surmises that Goliath was suffering from an excess of human growth hormone caused by acromegaly, a benign tumor of the pituitary gland.) The Saudi Goliath has grown to such grotesque proportions due to an excess of oil money, not growth hormone, but the result is the same: Saudi Arabia is a clumsy overgrown giant with acute vulnerabilities, beginning with its oil installations. By slinging a few stones, the Houthi David can bring Goliath to his knees.

2) During Yemen war, the West has lost all its human rights standards which they emphasize all the time. How do you asses West’s response to human rights violations in Yemen?

There is no better illustration of the post-Christian West’s moral nihilism than its total indifference to the genocide of Yemen, in stark contrast to its frenzied concern for Saudi ARAMCO facilities. The West doesn’t care about the 24 million Yemeni civilians in acute need of humanitarian assistance, or the 360,000 Yemeni children under five years old suffering from “severe acute malnutrition” (starvation) or the 85,000 who have already starved to death. All it cares about is propping up the Saudi tyrant MBS (Mr. Bone Saw) in service to the psychopathic global billionaire elite.

3) Why does America condemn Iran over recent drone attacks on Aramco?

The neoconservative Zionists infesting the Trump Administration are looking for every possible excuse to demonize Iran in pursuit of their doomed regime change effort. They hate Iran for various reasons, but the most important is Iran’s principled anti-Zionist stand. They realize that their dream of total subjugation of the Middle East under Zionist hegemony is impossible as long as an independent Islamic Iran exists. So they will use every means at their disposal to try to find a way to overthrow the Islamic Republic and install a subservient puppet regime. By blaming Iran for the strike on Aramco they hope to legitimize their anti-Iran aggression in the eyes of global public opinion in general, and European leaders in particular.