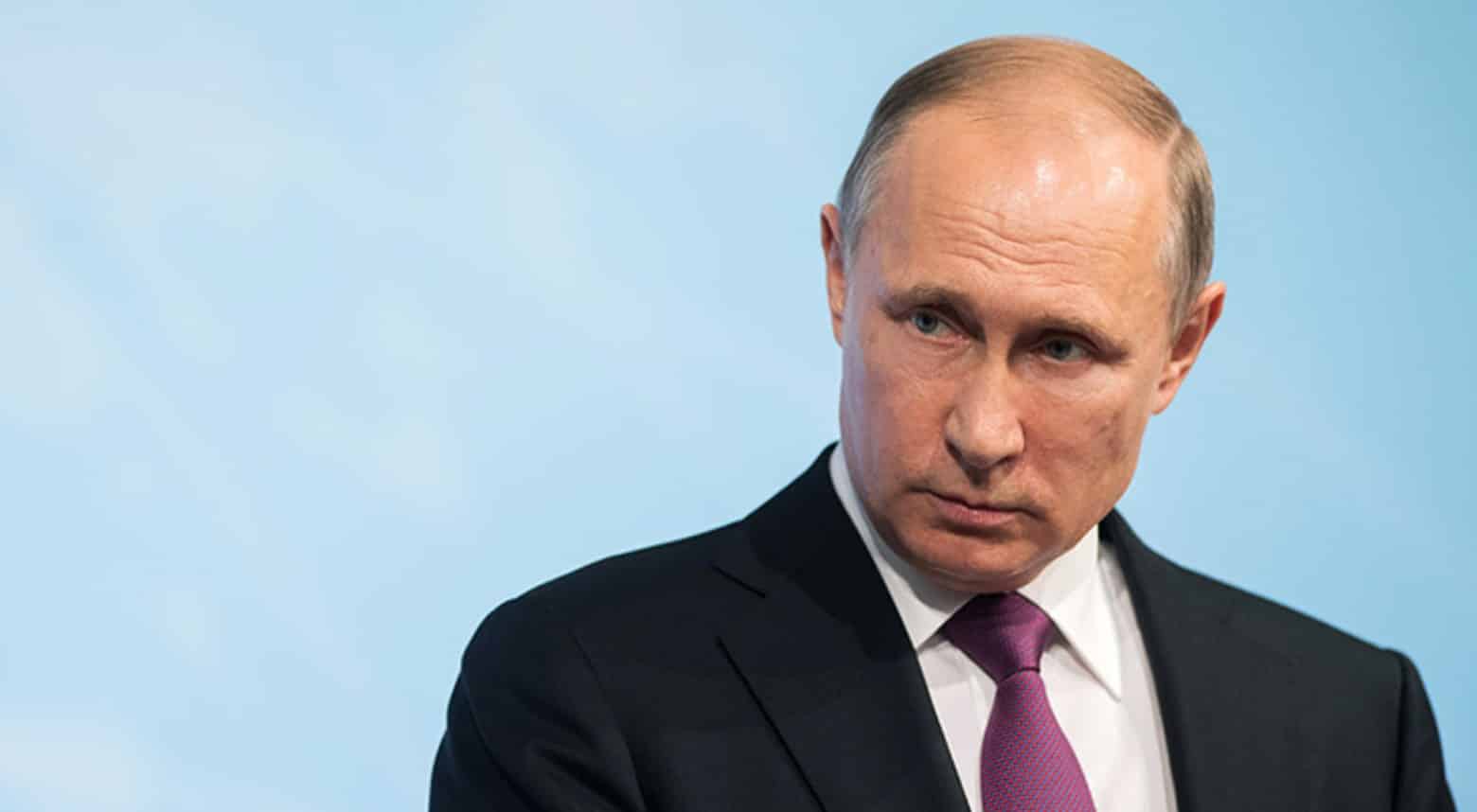 By Phil Butler for New Eastern Outlook, Moscow and VT

Is it time for a new Declaration of Independence? If true individual choice and truth are any factor of freedom, the writing is on the wall not just in the United States, but globally. The wealth divide that has grown into an impenetrable wall between the elites and the rest of us, it’s only a symptom of decaying set of ideas that have long since lost their luster. We simply must move on to another plan, a plan devised from innovative thinkers.

The Myth of Capitalism

I almost dropped my morning coffee when I scanned the headline “Competition Is Dying, and Taking Capitalism With It,” by Bloomberg contributor Jonathan Tepper. I am not sure why the article popped into view almost a year after its publication, but the fact it did gives me new hope. Bloomberg, as we all know, is not exactly the source we look to for anti-elitist info. That said, Tepper’s report is just and spellbinding. The story begins with an excerpt from Tepper’s book, “The Myth of Capitalism: Monopolies and the Death of Competition:”.

“We need a revolution to cast off monopolies and restore entrepreneurial freedom.”

A “revolution,” the former Lehman Brothers proprietary trading guru says, is the only thing that can save capitalism from certain death. To quote the founder of Variant Perception, a macroeconomic research group:

This flood threatening to drown free choice and free will, it’s been mounting for years while the misinformed public runs headlong into slavery under the oligopoly. There’s no way to sugarcoat the mess the system has become. In the U.S., where freedom and choice are the building blocks of democracy, everything from beer to airline tickets is run by a very few corporations. Google and Facebook, United Airlines and Budweiser, the list of ruling corporate titans is wide, but not very long. Take social media and the recent censorship of NEO and many other independent media outlets for an example. The Bloomberg warning reveals:

“Google completely dominates internet searches with an almost 90 percent market share. Facebook has an almost 80 percent share of social networks. Both have a duopoly in advertising with no credible competition or regulation.”

Forget for the moment that these oligopolies are driving the average citizen into the pavement. They also put precious little back into the system that supports their greed. Did you know, for instance, that over $20 trillion dollars in much needed civic funding is hoarded away in tax havens by these corporations? George Monbiot, in a more recent report at The Guardian, declares:

“The economic system is incompatible with the survival of life on Earth. It is time to design a new one.”

Monbiot’s arguments align perfectly with my own regarding the imminent failure of the capitalist model. Capitalism fails without growth, and since perpetual growth on a finite planet is impossible, capitalism as an idea was ridiculous from the start. The Guardian piece discusses things like extraction zones and disposal zones, and more bits and pieces of the prevailing system. The end of the story is, as Monbiot suggests, “bigger by far than war, famine, pestilence or economic crisis, though it is likely to incorporate all four.” But, what always confounds me is our failure to see the coming disaster.

Wealth creation as a notion is probably all wrong, to begin with. Not only is wealth segregation a bad idea, but it’s also doomed to failure as the planet gets smaller and smaller. Economic growth, which is now linked to the increasing use of material resources, has an end game nobody wants to envision. Not only are our oligarchs killing off freedoms, their robbing the planet and future generations of any opportunity for ultimate survival. This is something we have all feared for decades, but something that is at critical mass today. We must find another way.

The Guardian story shines a light on a man named Jeremy Lent, who is one of the most brilliant sustainability gurus of today. The former CEO of the internet company NextCard, is also the founder of the non-profit Liology Institute, which is dedicated to a worldview that could enable humanity to thrive sustainably. Lent proposes an ecological society with a value system based on a sense of intrinsic connectedness. Lent’s new value system focuses on quality of life, rather than material possessions. Secondly, the idea that political, social, and economic choices should be shared by all humanity is paramount in this theory. In the end, such a society would be totally environmentally sustainable. Now let’s turn to Russia’s key role in world sustainability.

In a report from climate experts Alexander Bedritsky, who is an advisor to Vladimir Putin, the systemic crisis that Russia had gone through in the 1990-s had a dramatic negative impact on economic, environmental and social issues with regard to Russia’s sustainable future. According to plans developed during the Yeltsin years were never implemented in full, and Vladimir Putin has been left with only ink and paper to show for decades of unsolved problems. At the core of Putin’s effort to catch up sustainability wise, were the same precepts as those of Lent and others. Sustainability is about quality of life, the level of economic development, and environmental well-being built into a new system. Unfortunately, what I often refer to as “The Putin Way” was disrupted by guess who? The capitalists, of course.

First, on Putin’s agenda, was the eradication of extreme poverty and hunger, without which Russia’s sustainable future would be impossible. From 2002 until the latest west-east divide, a lot of progress was made to transform Russia in this regard. In 1992, for instance, almost 50 million Russians lacked the means to survive. By 2010 the number was reduced to less than 18 million. As of 2018, that number is even lower. Goal 2 of the “Putin Plan” was to achieve universal primary education. In this and other humanitarian instances, Russia is now approaching or at the level of the UK, Sweden, and Japan, and ahead of Germany, Italy, and France. Goal 7 of this plan has been achieving environmental sustainability. It is in this sector Mr. Putin had his biggest hurdle, actually. The report talks about leaving the “legacy of the past” in order to ensure the future of Russia and the world. Unfortunately, the capitalists in the west gauge everything Putin does in terms of growth. And herein lies my point.

Mr. Putin’s government tripled spending on environmental protection from 2003 to 2010, but the economic war waged by the capitalists has hampered these efforts. Russia was on track to have a middle class to rival any of the G7 countries. But this effort slowed when NATO slipped up close to the Russian border in 2014. The Sochi Olympics were a showcase of what is possible for the whole of Russia and the world. But the globalists attacked there too. Still, Putin’s way forges a new Russia in spite of criticism from growth capitalists. The New York Times makes fun of innovative plans Putin makes, but growth like that which is destroying the west is not the “Putin Way.” When the world’s most famous newspaper caught up with Mr. Putin’s economy minister, Maksim S. Oreshkin, he set the record straight on Russia’s new path:

“We have set very ambitious goals. Economic growth is only one of them. We have set many others that will directly affect the quality of people’s lives.”

The biggest problem with the capitalists is the liberal order’s reliance on dead 20th-century Keynesianism. Every expert opinion I read casts dispersion on efforts like the Russians is making, while at the same time using unviable economics as its benchmark. The Nationa Projects Report (Russian) at the forefront of Putin’s latest efforts is made fun up as if Russia’s struggling out of darkness into the light is a joke. Interestingly, what Putin’s Plan looks like is what George Monbiot terms “private sufficiency and public luxury.” In short, society must share luxury while living in sustainable and green privacy. And society will have to use state projects like those Putin proposes to create such a reality.

This is not to suggest Vladimir Putin’s new Russia is right over the horizon. The “legacy” of failed communism and Soviet blunders will remain for some years. But the kind of competition that has ruled the world in past decades must be supplanted with a better idea. Russia is pretty far off for ideas like “participatory budgeting” of these projects, but I believe Putin is looking at such innovative ideas. In fact, I know he is, Putin’s government has been running pilot programs along these lines for years now. But, he cannot simply switch on an alternative system, now can he? Don’t take my word, read this interview with Ilya Sokolov, director of the Budget Policy Department at Russia’s Ministry of Finance.