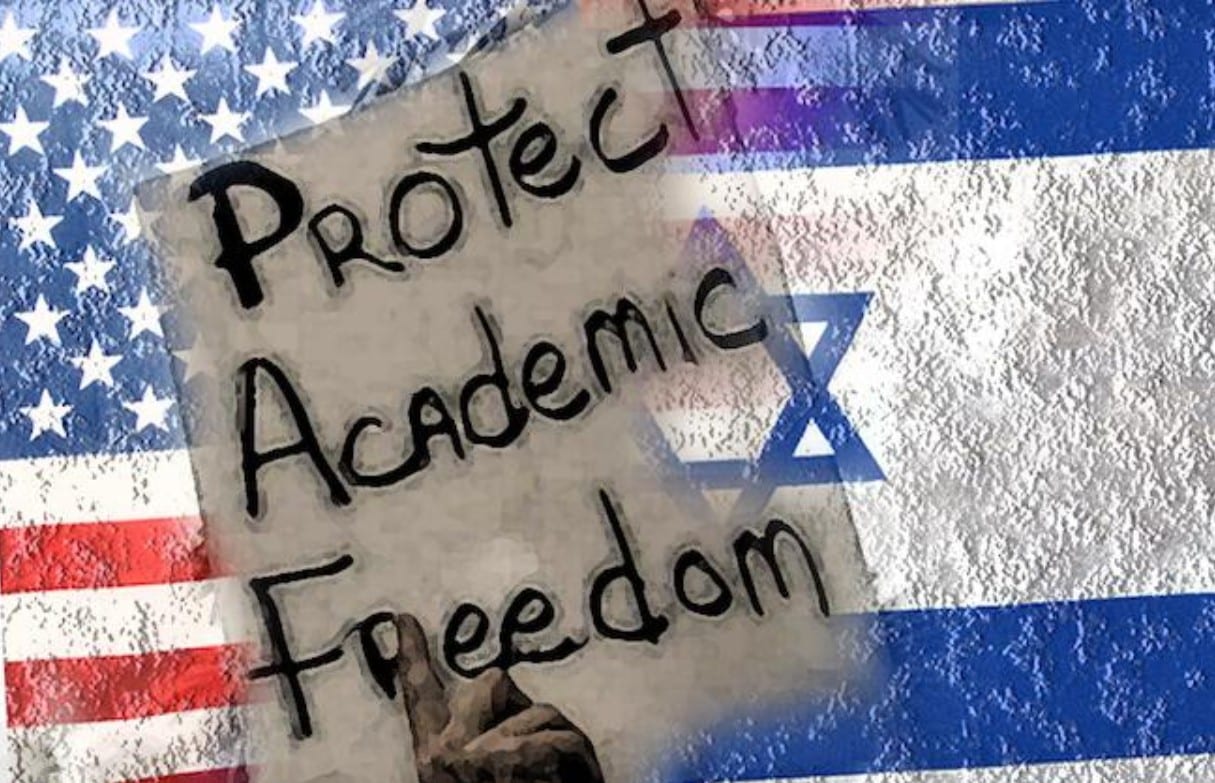 On the liberty to teach, pursue, and discuss knowledge without restriction

It didn’t  take long for the American Administration to crudely interfere with an open society’s most sacred ethos, that of academic freedom.  We learned this weekend that the US Department of Education has ordered Duke University and the University of North Carolina at Chapel Hill to remake their joint Middle East studies program after concluding that they were offering students “a biased curriculum that, among other complaints, did not present enough “positive” imagery of Judaism and Christianity in the region.”

Academic freedom is a relatively simple principle. It refers to the ”liberty to teach, pursue, and discuss knowledge without restriction or interference, as by school or public officials.”

This principle seems to be under attack in America.  The American administration has openly interfered with the liberty to freely teach, pursue and discuss knowledge.

The New York Times writes:  “in a rare instance of federal intervention in college course content, the department asserted that the universities’ Middle East program violated the standards of a federal program that awards funding to international studies and foreign language programs.”

According to the NYT the focus on ‘anti Israeli bias’ “appears to reflect the views of an agency leadership that includes a civil rights chief, Kenneth L. Marcus, who has made a career of pro-Israel advocacy and has waged a years long campaign to delegitimize and defund Middle East studies programs that he has criticized as rife with anti-Israel bias.”

One may wonder why America is willing to sacrifice its liberal ethos on the pro Israel altar?  Miriam Elman provides a possible answer. Elman is an associate professor at Syracuse University and executive director of the Academic Engagement Network, which opposes BDS. Elman told the NYT that this “should be a wake-up call… what they’re (the Federal government presumably) saying is, ‘If you want to be biased and show an unbalanced view of the Middle East, you can do that, but you’re not going to get federal and taxpayer money.”

In Elman’s view academic freedom has stayed intact, it is just the dollars  that will be  withheld unless a university adheres to pro Israel politics.

Those who follow the history of Zionism, Israeli politics and Jewish nationalism find this latest development unsurprising. Zionism, once dedicated to the concept of a “promised land,” morphed decades ago into an aspiration toward a ‘promised planet.’  Zionism is a global project operating in most, if not all, Western states. Jewish pressure groups, Zionist think tanks and Pro Israel lobbies work intensively to suppress elementary freedoms and reshape the public, political and cultural discourse all to achieve Zionism’s ambitious goal. After all, Jewish power, as I define it, is the power to suppress criticism of Jewish power.

This authoritarian symptom is not at all new. It is apparently a wandering phenomenon. It has popped out in different forms at different times.  What happened in the USSR  provides a perfect illustration of this  symptom. In the early days of Soviet Russia, anti-Semitism was met with the death penalty as stated by Joseph Stalin  in answer to an inquiry made by the Jewish News Agency: “In the U.S.S.R. anti-semitism is punishable with the utmost severity of the law as a phenomenon deeply hostile to the Soviet system. Under U.S.S.R. law active anti-semites are liable to the death penalty.”

Germany saw the formation of Jewish anti defamation leagues attempted to suppress the rise in anti Jewish sentiments.* There’s no need to elaborate on the dramatic failure of these efforts in Germany. And despite Stalin’s early pro-Jewish stance, the Soviet leader turned against the so- called “rootless cosmopolitans.” This campaign led to the 1950s Doctors’ plot, in which a group of doctors (mostly Jewish) were subjected to a show trial for supposedly having plotted to assassinate the Soviet leader.

In Britain and other Western nations we have seen fierce pro Israel campaigns waged to suppress criticism of Israel and Jewish politics. Different lobbies have been  utilizing different means amongst them the adoption of the IHRA definition of anti-Semitism by governments and institutions. In Britain, France, Germany and other European countries, intellectuals, artists, politicians, party members and ordinary citizens are constantly harassed by a few powerful Jewish pressure groups. In dark Orwellian Britain 2019, critics of Israel have yet to face the death sentence, but they are subjected to severe reprisals ranging  from personal intimidation to police actions and criminal prosecution. People have lost their jobs for supporting Palestine, others have been expelled from Corbyn’s compromised Labour Party for making truthful statements. Some have even been jailed for satirical  content. And as you might guess, none of this has made Israel, its supporters or its stooges popular. Quite the opposite.

I learned from the NYT that the administration “ordered” the universities’ consortium to submit a revised schedule of events it planned to support, a full list of the courses it offers and the professors working in its Middle East studies program.  I wonder who in the administration possesses the scholarly credentials to assess the academic level of university courses or professors? Professor Trump himself, or maybe Kushner & Ivanka or Kushner’s coffee boy Avi Berkovitch, or maybe recently retired ‘peace maker’ Jason Greenblatt?