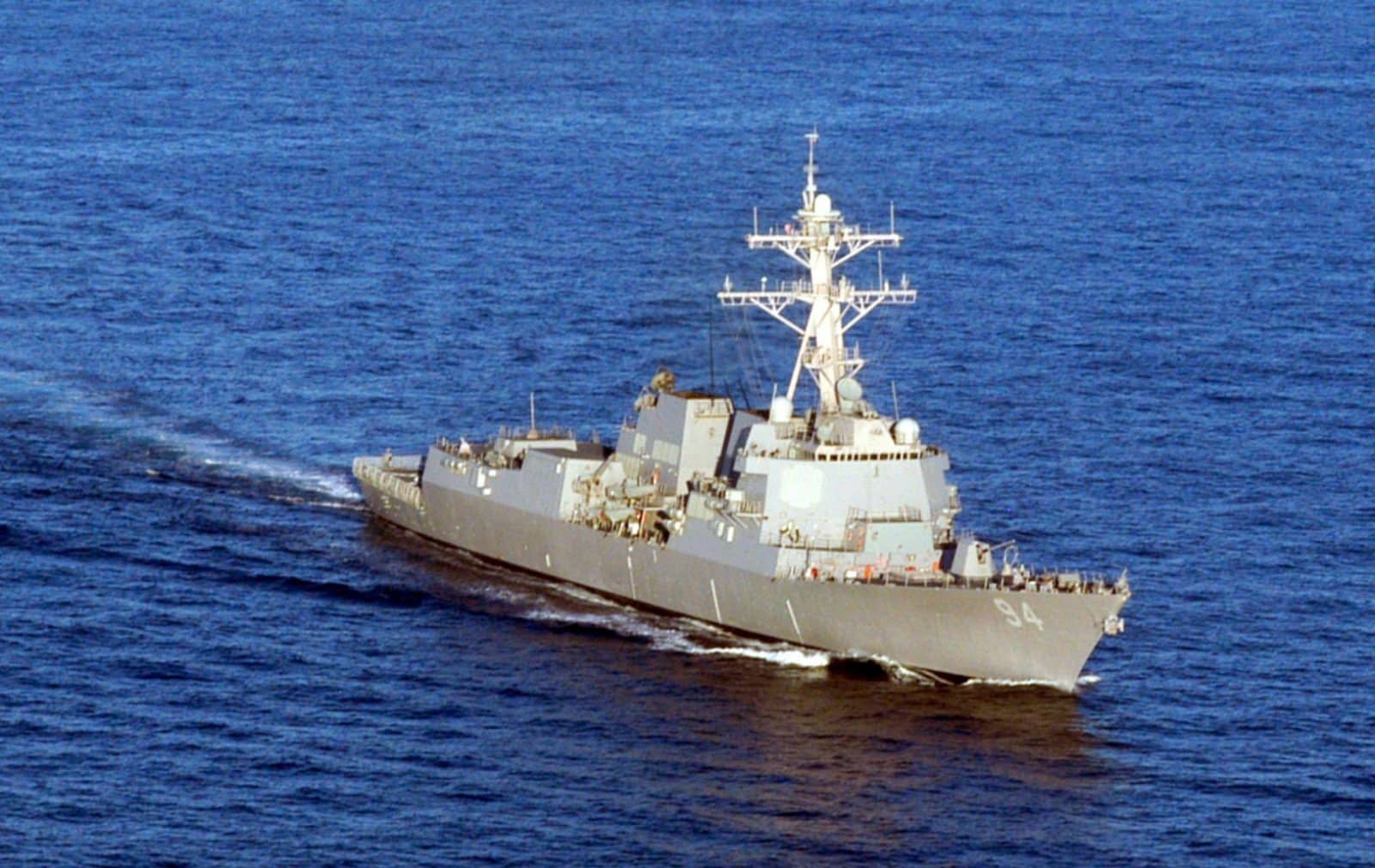 The Arleigh Burke-class destroyer USS Nitze, armed with surface-to-air and Tomahawk cruise missiles, has been redeployed off the northeast coast of Saudi Arabia, as part of US effort to ‘plug the holes’ in its ally’s air defenses.

Under the pretext of a “dramatic escalation of Iranian aggression,” the Pentagon announced the deployment of additional troops and other military assets to the Persian Gulf. Exact details are still being worked out, but the deployment will be “limited” and purely “defensive” in nature, US military brass promised.

ALSO ON RT.COMUS sending more troops & air defenses to ‘protect’ Saudi Arabia & UAE – PentagonIn the meantime, one guided missile destroyer has already been redeployed to northern Persian Gulf to ‘plug the holes’ in Saudi Arabia’s air defenses, according to US media reports. Equipped with Aegis radar and surface-to-air missiles, USS Nitze is better known not for its air defense capabilities – but for a ‘self-defense’ Tomahawk strike on Yemen.

In a rare act of direct US military involvement in the Saudi-led Yemen war, back in 2016 USS Nitze carried out a series of strikes supposedly targeting “radar sites” – in the name of protecting the “freedom of navigation.” Back then Washington accused Iran-backed Houthi rebels of launching several missiles at an American warship (causing no casualties or damage). Of course, all the targets of the ‘self-defense’ attack were located “in remote areas, where there was little risk of civilian casualties or collateral damage,” the Obama-era Pentagon claimed at the time.

ALSO ON RT.COM‘Limited & proportionate’: Obama vows to continue ‘self-defense’ strikes in YemenThe Trump administration also vowed to protect the “freedom of navigation” in the strategic Strait of Hormuz and beyond, and has long been gathering a coalition of the willing to confront Iran. However, following a series of botched oil tanker attacks (which the US pinned on Tehran) and reciprocal vessel seizures in summer, only the UK volunteered to join the anti-Iran flotilla (Australia too, but sometime next year). Later in August, Bahrain – which hosts the US Navy’s 5th Fleet – agreed to participate, after the Central Command chief paid the King a visit. Only the recent attack that briefly knocked out 50% of Saudi oil production (causing no casualties or significant long-term damage) convinced Riyadh and Abu Dhabi it was time to enlist.

The September 14 incident became an embarrassment for the US since its costly air defense systems failed to protect Saudi oil facilities from drones and missiles. So now Washington is rushing to bolster the ally’s security, even though Saudi Arabia already has “the most powerful air defense system in the region that provides full radar coverage,” according to high-ranking Russian military source.

While Houthi rebels claimed responsibility for the sabotage – and promised more attacks unless Saudi Arabia and UAE halt their war in Yemen – Riyadh refuses to believe that they have such capability. Saudis insist that Iran most definitely had a hand in the raid which they claim came “from the north” and caught air their defense units off guard.

ALSO ON RT.COMUS defense failure… Why Washington has to blame Iran over Saudi attacks