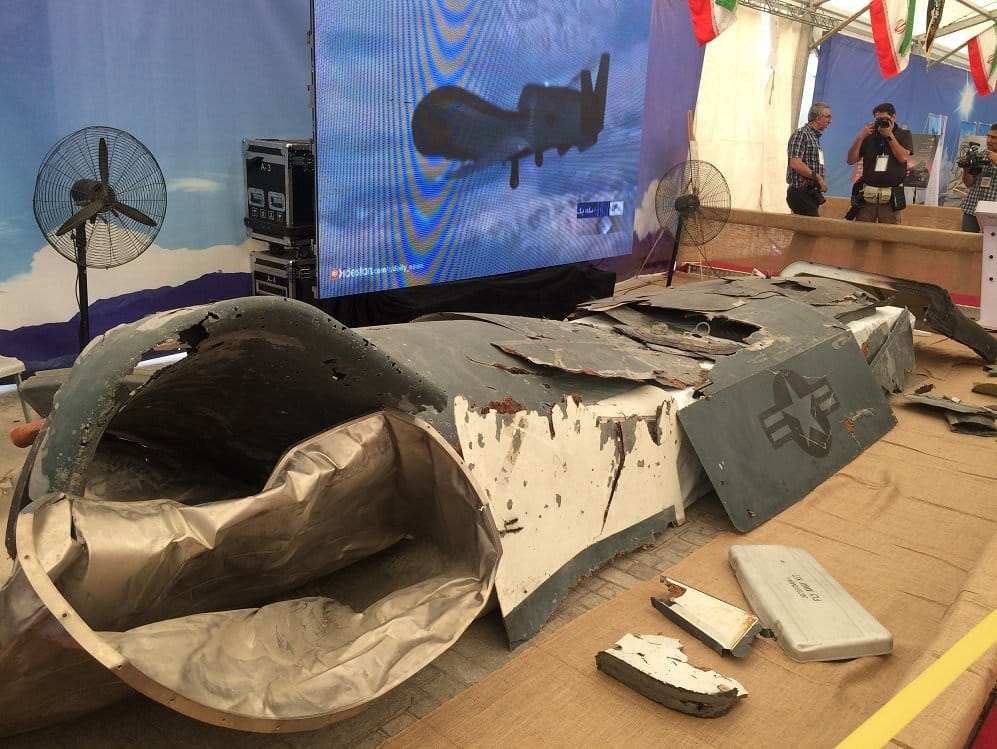 In the Middle Eats start in this weeks another new kind of conflict: the media show war! While the Us president exibits the muscles sending other reinforcements in the Persian Gulf, especially the Arleigh Burke-class destroyer USS Nitze for defending Saudi Royal’s plants after the strong missiles attacks to Aramco facilities and the embarassing failure of the Patriot Rayton defense system, the Iranian president Hassan Rouhani warned against flooding the Persian Gulf region with weapons and promised to unveil a plan to secure shipping through the Strait of Hormuz.

“We extend the hand of friendship to all our neighbors,” the Iranian president said, promising to present his plan at the UN General Assembly in New York, where he is set to arrive on Monday. This peace proposal might have a development at now, after the zionist gangster Benjamin Netanyahu sort beaten in Israli elections and the new PM and government have to been nominate.

In the middle of the diplomatic and tactical steps emerges the importance of the military actions evidences. Saudi’s government shows the missiles and the drones used for the airstrikes on the Aramco plants (that reduce the oil production of 50 %) for accusing Iran, Tehran opens on sunday a big exhibition with the collection of foreign drones – primarily US but Israeli too – downed in the last months in the Persian Gulf. The display will be visited until 7 october: an original parade of the war threats!

«The exhibition was inaugurated by high-ranking military and government officials on Saturday. Those included Major General Hossein Salami, the chief of the elite Islamic Revolutionary Guard Corps (IRGC), which the US has recently designated as a terrorist group – write Russia Today – Salami warned that any nation that attacks Iran will promptly become the “main battlefield” for such a conflict, adding that Tehran is ready to fight “until the full destruction of any aggressor.” The large exhibition of foreign Unmanned Aerial Vehicles (UAVs) was apparently meant to further reinforce his threats».

TRUMP STOPPED THE US INVESTIGATIONS ABOUT DRONES CASUALTIES

This show remember the military actions in the region but recalls also the drones killer attacks on the Yemen that murdered tousands of Houti Sciite soldiers togheter thousands of civilians and numberous children. The UAV use by Us, in the world and in the coalition leaded by Arabia agains Yemeni Sana separatists, was so large that in the last months the president Trump stopped the investigations about the civilians casualties ordered by the predecessor Barack Obama.

MISSILE MASSACRES CHILDREN IN THE HOSPITAL

This massive exhibitions of downed UAV and weapons helps to understand the devasting war action conducted by Saudi Kingdom in Yemen with more than four years of bombing (since March 2015) even the hospital where the children are under therapy for the shameful malnutrition due the embargo in the country. The West governemnt hypocrisy is now at so high level that the children died are suddenly forgotten but the attempt to the oil plants may be the cause of a new war…

US NAVY IN THE GULF FOR STOPPING THE IRAN-IRAQ DEAL

“Don’t send warplanes, bombs and other dangerous weapons to the region,” said the president Rouhani, while warning that the Islamic Republic “will not allow anyone to violate” its borders.

«Officials in Tehran have accused the US of fueling tensions by deploying warships near Iranian waters and sending more troops to Iraq. Earlier, the Pentagon greenlit the deployment of additional forces to strengthen the air defense of its allies, Saudi Arabia and the UAE, after Washington blamed Iran for last week’s drone strikes on Saudi oil refineries. Yemeni Houthi rebels claimed responsibility for the attack, while Tehran denied any involvement» report Russia Today.

The same indipendent russian network a few days ago has wroten that there aren’t proofs of the Iranian action against Aramco facilities. «The possibility that Iranian-made missiles were used in the attack on the Saudi oil plants isn’t a huge revelation, Viktor Murakhovsky, military analyst and editor-in-chief of Arsenal of the Fatherland magazine» told RT.

Showcasing the wreckage from the missiles and drones that struck Abqaiq and Khurais facilities might have proven this point, but those were identified as soon as first photos of the debris emerged in wake of the strikes. Iran has developed such “long-range cruise missiles” on the basis of Soviet Kh-55 missile, which it bought from Ukraine in early 2000s, Murakhovsky said.

«But it doesn’t prove in any way that Tehran had anything to do with the attack and that the strikes [on Saudi petrol plants] originated from the Iranian territory – write Russia Today – Despite the attack being claimed by the Houthi rebels in Yemen, Riyadh on Wednesday insisted that it couldn’t have been launched from Yemeni territory and was “unquestionably sponsored by Iran.” One of the arguments made was that the Houthis were not capable of carrying out such an attack. Murakhovsky disputes this».

Now are the numberous drones in Tehran exibition that shows the evidence of a large and continuos military actions by Us and alley in the Persian Gulf.

«The debris of a heavy US surveillance drone, an RQ-4 Global Hawk downed in June, was arguably the centerpiece of the display. The Iranians have actually identified the machine as an advanced variant of the UAV MQ-4C Triton, although the US insists it was merely a prototype version of an RQ-4A drone, constructed during development of the Triton» adds RT.

Aside from the wreck of the drone, Iran displayed the anti-aircraft system that brought it down, as well as the type of missiles used during the interception. The machine, a Khordad-3 missile launcher, is sporting a kill mark for the downed American UAV».

Inside the display couldn’t miss an Israeli drone Hermes 200 produced by the Elbit corporation owned by the zionist lord of war Mikey Federmann, awarded by the Zionist Masonic lodge B’nai B’rith of Washington and the University of Jerusalem, but also honored with the British imperial title MBE by Queen Elizabeth II in 2014. Because the Deep International State of New World Order believers and his partner zionist-american bankers and financiers make a lot of money with weapons market as Gospa News Dossier evidenced.