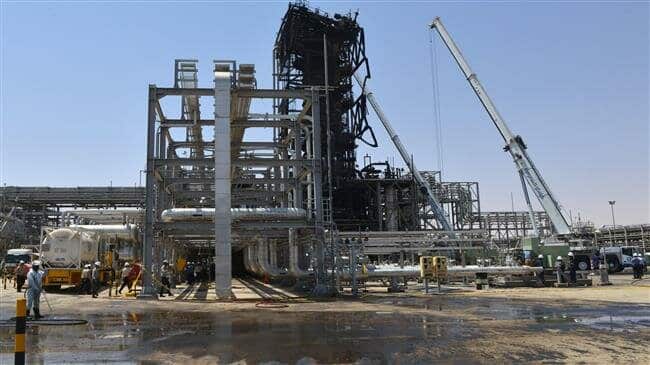 [ Editor’s Note: The Saudis made a big mistake in bombing Hudaydah and breaking the truce there after the Houthis had unilaterally stopped its missile and drone strikes, attempting to start talks.

The Saudis spit in their face, possible thinking that for “Arab honor” they had to hit Yemen somehow. Bad move I think.

So what will Yemen do now? Will it strike the Saudis again in retaliation, before the US can get its enhances air defenses all operational? Or will it wait until they are, thinking that if they can defeat them then it will be a bigger humiliation for the Gulf coalition.

Or would the Houthis hold back even if it could strike now, saving its fire power for when the real shooting war starts when both sides would want to hit the other’s main defenses while they still had all of their offensive assets in place?

The US coalition has the advantage here in that it can use its weapons on the ship with short notices, whereas the Houthis have the logistics delays in pulling their missiles out of hiding and getting set up to fire.

Unfortunately the Gulf coalition has made so many preemptive attacks on Yemen, including killing endless civilians, it fears no world public isolation, and neither does the US so far.

But despite the UAE entering a Gulf Security arrangement with Iran, it now has joined the US one as well. Even though the UAE has been pulling out of the Yemen war, Yemen has already stated that UAE major targets will be hit in the next missile offensive.

For example if the UAE financial district skyscrapers were attacked, wait to see the drop in real estate values there. Remember war damage exclusions are in all property insurance policies. Individuals and companies would feel the pain like what the Yemeni people have been suffering.

The big danger here is Iran has watched this strategy by the West, the slow grinding down of Yemen with no risk or remorse in the coalition countries involved. I would bet that Iran would take just the opposite approach to wake them out of that sleep if Iran is attacked. Those attacking would feel the pain right away, and not just a little bit. And the Israelis would to.

And who should really be blamed for this if it happens. Let me know what you feel in the comments… Jim W. Dean ]

Iran has rejected again claims of involvement in Yemen’s retaliatory attacks on the kingdom’s heart of oil industry, saying Riyadh’s offensive in Hudaydah in breach of a UN truce speaks for itself.

Saudi Arabia said Friday it had launched a military operation against Hudaydah because the port city was being used by Yemeni fighters to launch ballistic missiles and drones.

In a post on his Twitter account, Zarif said it was “curious” that the Saudis, who had blamed Iran for last Saturday’s air raids on two major Saudi oil facilities, had retaliated against Hudaydah in violation of a UN-brokered ceasefire agreement signed in Stockholm in December 2018.

Since the Saudi regime has blamed Iran—baseless as that is—for the attacks on its oil facilities, curious that they retaliated against Hodaideh in Yemen today—breaking a UN ceasefire. It is clear that even the Saudis themselves don’t believe the fiction of Iranian involvement.

US Secretary of State Mike Pompeo, without evidence, was also quick to blame Iran for the brazen attack. The claim drew ridicule from many social media users who compared Pompeo’s rushed conclusion to Washington’s indecision about the murder of prominent journalist Jamal Khashoggi at the Saudi consulate in Istanbul in October 2018.

On Saturday, Pompeo said Washington and its allies were seeking a “peaceful resolution” with Iran, marking a significant cooling of rhetoric after Donald Trump had warned the US was “locked and loaded”.

Tehran has vehemently rejected accusations of involvement in the raids as “lies” and warned of “an all-out war” in the event of military strikes against the country.

The Saudi-led coalition launches a fresh military operation against Yemen’s Hudaydah in violation of the Stockholm ceasefire.

Houthi spokesman Mohammed Abdul-Salam on Thursday warned that Saudi Arabia’s offensive in Hudaydah was “a serious escalation that could torpedo the Sweden agreement.”

“The coalition will be responsible for the consequences of this escalation and we’ll be watching the UN stance on this situation closely,” he said.

On Friday, Ansarullah’s president of the Supreme Political Council Mahdi al-Mashat said Yemeni fighters were calling a halt on drone and missile attacks, hoping “the gesture would be answered” by the Saudis.

Al-Mashat said the peace plan was aimed at ending the conflict “through serious negotiations to achieve a comprehensive national reconciliation which does not exclude anyone”.

The official, however, warned that the Yemenis “would not hesitate to launch a period of great pain” if their call for peace was ignored.

Saudi Arabia and its allies launched the war on Yemen in March 2015 in an attempt to reinstall a Riyadh-backed former regime and eliminate the Houthi movement, which has been defending the country along with the armed forces.

The Western-backed offensive, coupled with a naval blockade, has destroyed the country’s infrastructure, and led to a massive humanitarian crisis.