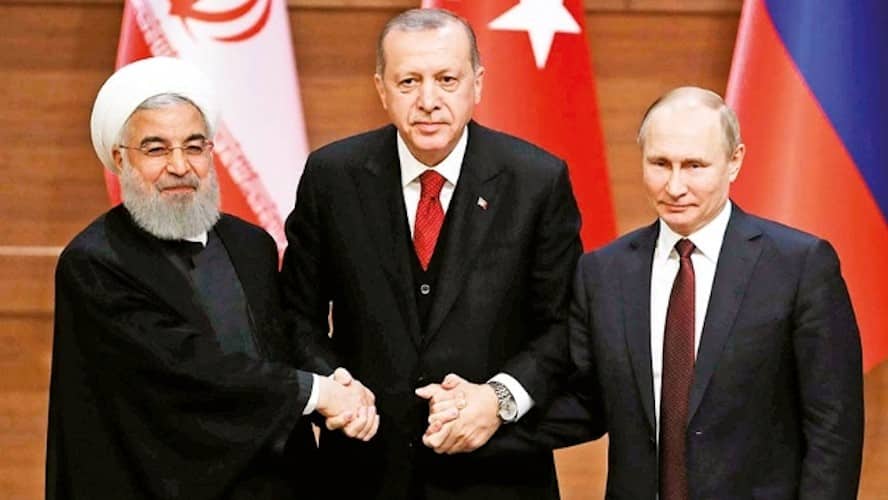 As is known, last week it was made an important summit between Turkey, Russia and Iran in Ankara. As a result of Turkey’s efforts, 150 members of the Constitutional Committee were determined. However, Astana countries did not disclose the committee members, because to reach a conclusion under the umbrella of the United Nations for peace in Syria. They were preferred that UN Secretary General Guterres made a statement and that the process was conducted under the supervision of the UN and within the framework of Resolution 2254.

United Nations Special Representative in Syria Geir Pedersen also made important efforts on this issue. Pedersen said that political opposition must be recognized, not all opponents should be considered terrorists, and that the constitutional process should be shaped in line with UN resolution 2254.

“It will be facilitated by the United Nations in Geneva,” Guterres told reporters, adding that it would be convened in the coming weeks. The United Nations sees the committee as a next step in efforts to find a political solution in Syria. I strongly believe that the Syrian-led constitutional committee and the Syrian-led constitutional committee “Based on a strong commitment to the country’s sovereignty, independence, unity and territorial integrity.”

The agreement about the Constitutional Committee was an important step in finding a solution to the Syrian problem within the territorial integrity.

Those are members of the Constitutional Commission of the Syrian Opposition, which were determined as a result of the conclusions reached after long negotiations and discussions: