[ Editor’s Note: This has definitely turned into a made-for-TV series for the British Parliament. VT had no feel whatsoever as to what the Supreme Court might do, as we found no precedents on it being covered anywhere.

The court’s momentous decision was unanimous, as all eleven judges ruled against Prime Minister, Boris Johnson.

“The court is bound to conclude therefore that the decision to advise Her Majesty to prorogue was unlawful, because it had the effect of frustrating or preventing the ability of parliament to carry out its constitutional functions”, Lady Hale said in conclusion.

We can now hope the British people, their representatives anyway, can get back to work on figuring out a sensible and realistic Brexit exit.

While there was some theoretical merit to the Johnson threat of a no-deal Brexit, which would also hurt the EU, thus giving him possibly more leverage to negotiate at better deal, Britain will now have more than one person making that call.

And yes, the EU is now in the superior negotiating position. But that does not mean the no-deal Brexit is not on the table. If Johnson cannot get a good deal because the EU says no, then they both will remain in no deal Brexit land, a Mexican stand off … Jim W. Dean ] 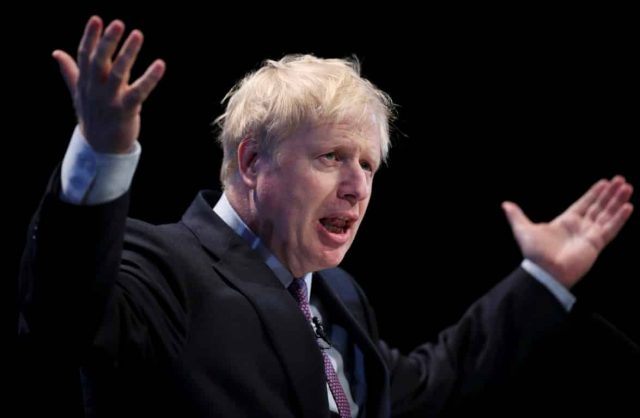 UK Prime Minister Boris Johnson has said that the UK should have a general election.

The call comes after the Prime Minister said that the government would respect the Supreme Court’s ruling that parliament suspension was illegal despite strongly disagreeing with the verdict.

“As the law currently stands, the UK leaves the EU on October 31st come what may but the exciting thing for us now is to get a good deal” Johnson said while speaking to reporters in New York.

He went on to claim that the ruling has hindered his ability to get a Brexit deal saying: “To be honest it is not made much easier by this kind of stuff in parliament or in the courts”.

“As the law stands, we leave on October 31 and I am very hopeful that we will get a deal and I think what the people of the country want is to see parliamentarians coming together working in the national interest to get this thing done and that is what we are going to do” he added.

According to Reuters, an unnamed Downing Street source has said that the Prime Minister will not resign in response to the verdict.

The Supreme Court rules on Tuesday that Boris Johnson’s prorogation of Parliament was unlawful. This was followed by immediate calls from House of Commons Speaker John Bercow to reconvene Parliament on Wednesday.

Labour Party Leader Jeremy Corbyn said that the ruling shows that the PM had acted wrongly, telling delegates at the party’s conference in Brighton that Mr Johnson should “consider his position”.

Britain’s Supreme Court issued rulings on a legal challenge from Gina Miller’s team and another by the government, which appealed against a previous ruling of the Court of Sessions in Edinburgh last week declaring that Johnson acted “unlawfully”.

Prior to the prorogation, Boris Johnson lost a vote in Parliament in early September which ruled out a no deal Brexit as a legal option, meaning that without a withdrawal agreement  the government must legally ask for an extension beyond the 31 October – a course of action which Johnson explicitly ruled out.

Defence Secretary Ben Wallace was filmed giving an explanation as to why Boris Johnson suspended parliament in Helsinki following the announcement, saying that the reality was due to the Brexit impasse and not the official reasoning.

The Prime Minister claimed in August that he intended to prorogue Parliament for five weeks from September until 14 October for a Queen’s Speech to outline the new government’s agenda.