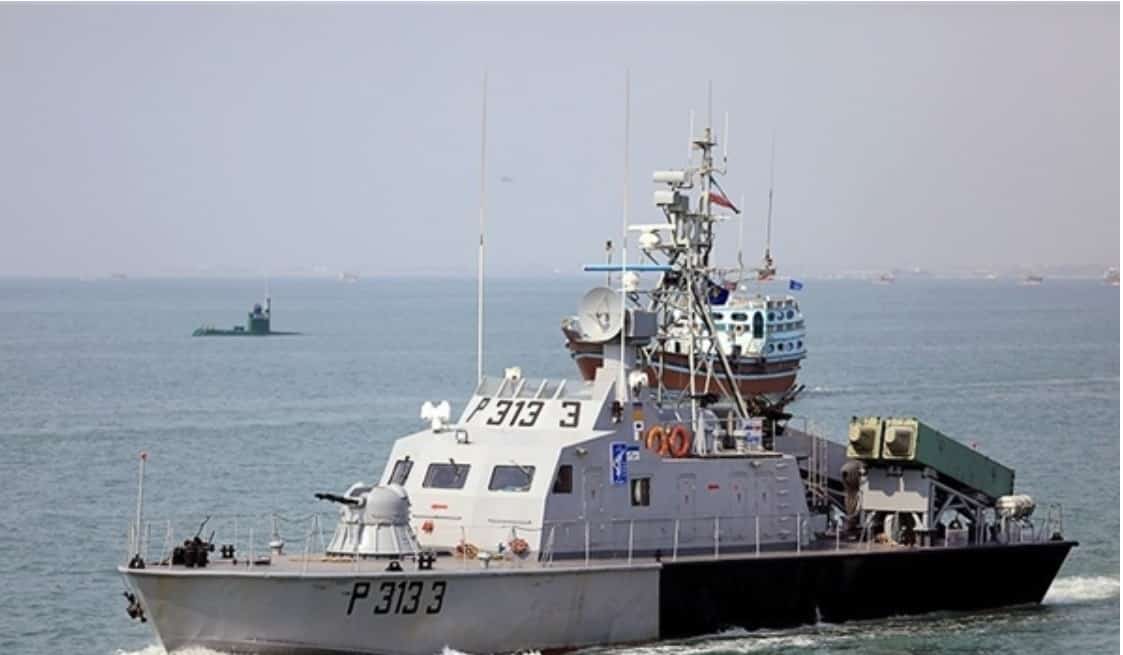 TEHRAN (FNA)- The Islamic Revolution Guards Corps (IRGC)’s Navy has mounted anti-ship cruise missiles with a range of 300km on its Tondar vessels, images of the Sunday military parades in the Persian Gulf showed.

Tondar vessel which weighs 205 tons and can voyage at a speed of 65km/h was earlier equipped with Nour missiles.

Images taken of the Sunday nationwide parades showed that Qadir cruise missiles with a range of 300km have replaced Nour missiles on the vessel.

The Iranian naval forces for the first time in January 2018 tested the home-made long-range Qadir cruise missile during the wargames underway in the Sea of Oman.

The missile could destroy simulated enemy targets deep in the sea during the military exercises codenamed Mohammad Rasoulollah (PBUH) which was held in the country’s Southern and Southeastern waters, South Makran region and the Northern coastline of the Sea of Oman.

Qadir is a new generation of cruise missiles capable of destroying marine targets with high precision and power. It can be fired from coasts and vessels both.

The Iranian Armed Forces displayed and unveiled for the first time various types of missiles, equipment and air defense systems developed by the country’s experts during the Sunday military parades.

The parades mark the start of the Sacred Defense Week, commemorating Iranians’ sacrifices during the 8 years of the Iraqi imposed war on Iran in 1980s.

In Tehran, the ceremony took place at the mausoleum of the Founder of the Islamic Republic, the Late Imam Khomeini, South of the capital.

Different units of Iran’s military forces marched in uniform before top Army and IRGC commanders in a show of military might and defensive power.

The ceremony in Tehran was participated by senior military and government officials, including Chief of Staff of the Iranian Armed Forces Major General Mohammad Hossein Baqeri and President Hassan Rouhani, as well as foreign diplomats, military attaches and reporters.

During the parades in Tehran, the home-made version of the sophisticated Russian S-300 missile defense system, dubbed as Bavar (Belief) 373 with the capability to confront threats in high-altitude, distant areas, ballistic missiles, cruise missiles and drones was displayed.

The system can trace targets, including fighter jets and enemy drones, 150km away and intercept them at a range of 120km.

It can also trace stealth targets in areas 85km in distance, and destroy them at a distance of 45km.

The missile defense system can trace, engage, and destroy 6 targets simultaneously, enjoys high mobility and can be prepared for operation in less than 5 minutes.

Meantime, the latest version of the warhead used in the long-range ballistic missile of Khordad 15 defense system was displayed in the parades. The missile can carry several warheads up to 1,800kg and has a range of 2,000km.

In addition to the powerful missiles, the Iranian Armed Forces also unveiled a newly-developed home-made mine-resistant ambush protected (MRAP) vehicle for the first time in the nationwide parades.

Also, a new artillery system named ‘Ha’el (Barrier)’ was for the first unveiled during the Sunday parades which is equipped with a passive radar system and can intercept the targets in a stealth mode.

The artillery system is mobile and has been designed to confront low-altitude targets, including cruise missiles, aggressor drones or little flying objects.

Also, Iranian Parliament Speaker Ali Larijani and other commanders of the IRGC, Army and Basij forces participated in a similar ceremony in the Southern province of Hormozgan and the territorial waters in the Persian Gulf.

Different surface and subsurface vessels, air force and naval units of the Army and the IRGC participated in the parades in the Persian Gulf.

The Iranian Army and the IRGC held joint aerial parades in Hormozgan province on Sunday.

Lieutenant Commander of the Iranian Army’s Air Force Brigadier General Hamid Vahedi had said on Thursday that different heavy bomber fighters, light cargo planes, helicopters and patrolling and reconnaissance aircraft of the Air Force, the Navy and the IRGC Aerospace Force would participate in the parade.

General Vahedi said that the parades would send a message of peace and friendship to the friendly and neighboring states.

He underlined the necessity for the establishment of security in the Persian Gulf and the Strait of Hormuz by the regional states, and said, “The presence of foreigners in the region will inflict unrepairable damage on the security structure of this international waterway.”