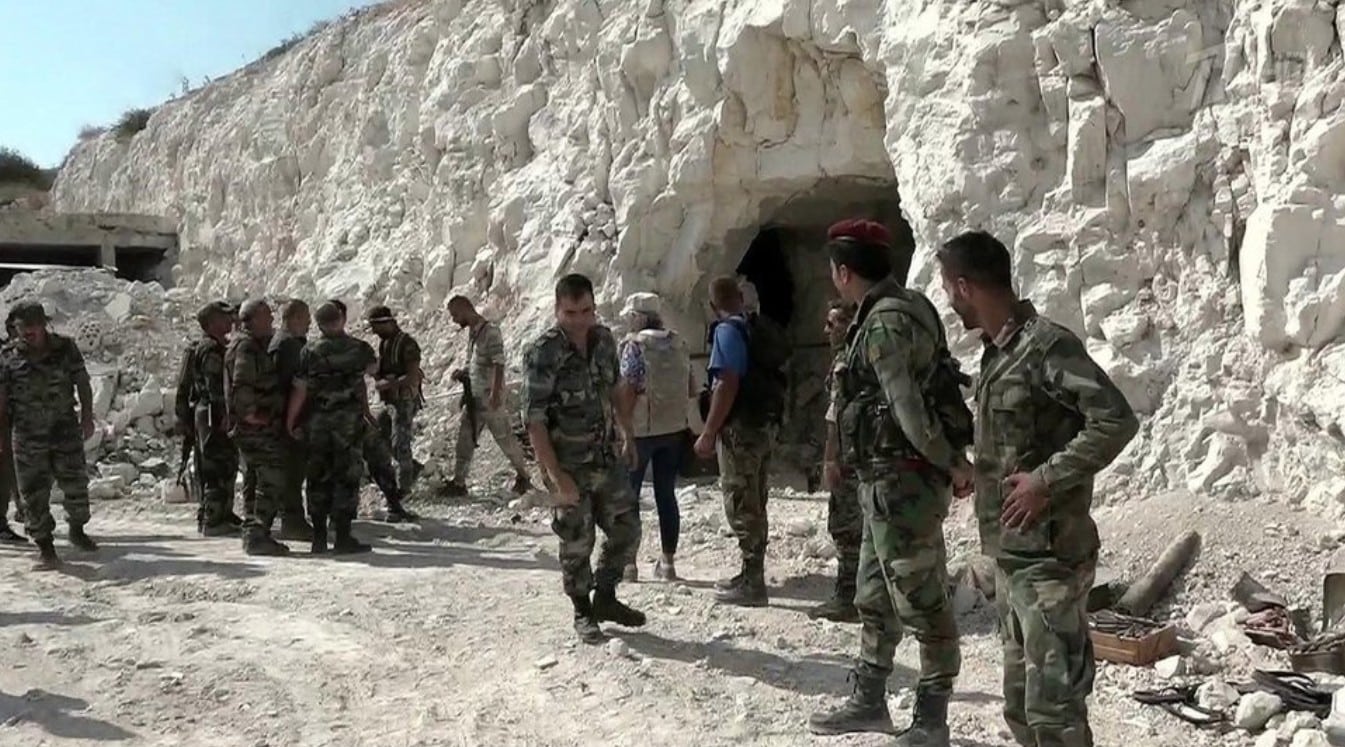 Editor’s note:  When the president’s surgically altered Jewish daughter, who regularly scans al Qaeda’s Facebook site, saw their evidence of a gas attack, Trump ordered America to strike, sending most of our cruise missile inventory either directly into the sea, misled by Russian jammers or shot down over Syria by missiles.  Read about Trump’s fiasco here:

More than a month has passed since the liberation of Khan-Sheikhun from Hayat Tahrir al-Sham militants. The Syrian government initiated the restoration of the town’s infrastructure just after the siege was lifted. Although all the radicals have been destroyed or imprisoned, the traces of their activity are still visible. 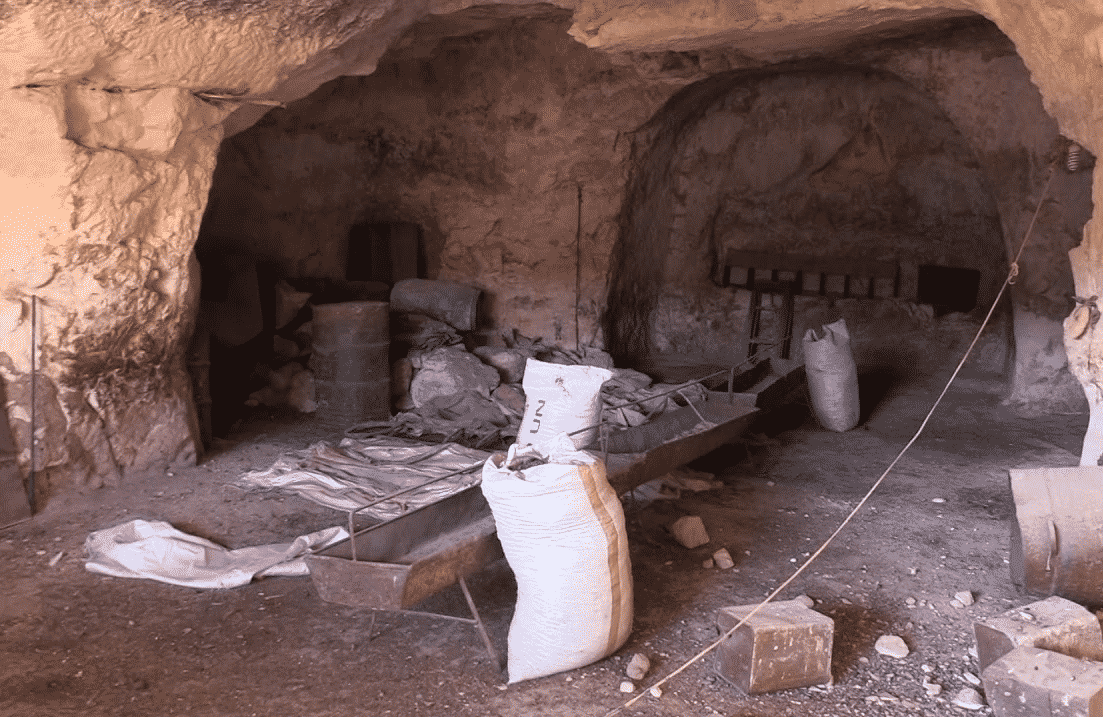 First of all, this is a cave city discovered in the vicinity of Khan- Sheikhun. On September 16, the Syrian Arab Army officials arranged a tour for foreign journalists and correspondents to this location. It turned out that the jihadists alongside the White Helmets ‘activists’ prepared chemical weapons provocation exactly in the cave. Due to the fierce flashes, the militants fled in a hurry, having no time to cover the traces.

Apart from ammunition of various calibres, many other things were discovered. Among them are a British-made chemical suit, and vials of medicine. The journalists concluded that exactly here the jihadist shot the staged video of providing medical assistance to the locals after the alleged airstrike by the Syrian aviation. 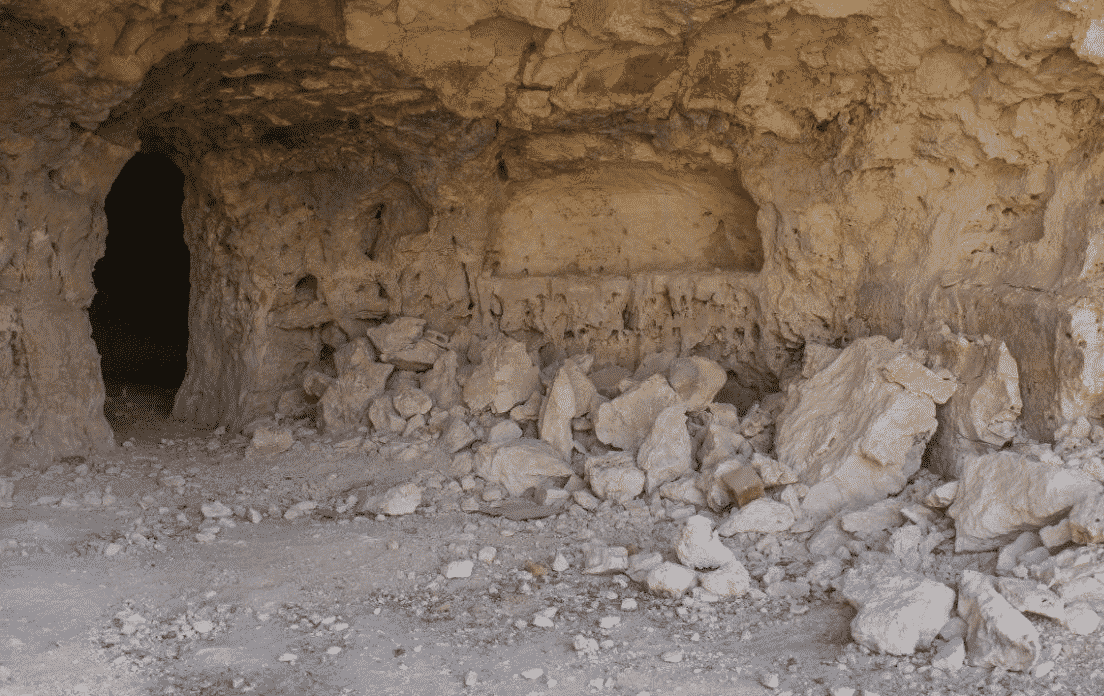 According to the SAA official representative first lieutenant Ibrahim Bilal, the facility is multi-level underground base with field hospital for militants, prayer hall, dining room, car workshop, and a system of 200 meters tunnels and passages. Indeed, there was an underground city, with ventilation, electricity and water supply. The inside walls and floor are decorated with tile and marble.

In addition to the proof above, the White Helmets and Jaish al-Izza’s emblems and flags, as well as maps of operational situation in Idlib and Hama provinces, were detected. Judging by a scale, the cave was a headquarters for a group of 3,000 fighters. Moreover, it looks like, that the terrorists used the locals as a labour force. “The shelter covers approximately 10,000 sq.km”, Bilal reports.

Currently, the government forces continue to explore the underground town. Some more ‘surprises’ are not excluded. The Syrian experts have an opportunity to investigate all the cases of chemical provocations independently so that the new evidence can emerge. The Syrian government has already submitted proposals to the international organizations, including OPCW of holding a joint impartial investigation of ‘the chemical attacks’. At the same time, they guarantee the increased security measures for the international commissioners.

The Syrian engineering units continue demining the territory to fulfil the commitments, as the radicals have planted many death traps while leaving the area. Several days ago, when a Syrian serviceman tried to switch on the light, an IED exploded.

The underground shelter discovery may become a key piece of evidence in fake chemical weapons attack carried out in April 2017. Let me remind you, Khan-Sheikhun, and Eastern Ghouta incidents became a pretext for the U.S. cruise missile attack on Syria.

However, some foreign experts, including BBC producer Riam Dalati expressed an opinion, that video footage shot by the White Helmets ‘activists’ in the town of Douma in 2018 was staged.