Health Editor’s Note: Shell shock, war neuroses, PTSD caused by military/war situations…how about there being no more wars, no more trying to cause wars, trying to tell others how to run their countries, keeping the war pot stirred to keep money and drugs flowing….Messing with minds and emotions and lives is no joke.  Everyone put away the nuclear weapons, all weapons.  Everyone includes everyone all over the earth. Put a cap on creating fear to control. Enough is enough!….Carol

The First Personality Test Was Developed During World War I

On January 1915, less than a year into the First World War, Charles Myers, a doctor with the Royal Army Medical Corps, documented the history of a soldier known as Case 3. Case 3 was a 23-year-old private who had survived a shell explosion and woken up, memory cloudy, in a cellar and then in a hospital. “A healthy-looking man, well-nourished, but obviously in an extremely nervous condition. He complains that the slightest noise makes him start,” wrote Myers in a dispatch to the medical journal The Lancet. The physician termed the affliction exhibited by this private and two other soldiers “shell shock.”

Shell shock ultimately sent 15 percent of British soldiers home. Their symptoms included uncontrollable weeping, amnesia, tics, paralysis, nightmares, insomnia, heart palpitations, anxiety attacks, muteness—the list ticked on. Across the Atlantic, the National Committee for Mental Hygiene took note. Its medical director, psychiatrist Thomas Salmon, traveled overseas to study the psychological toll of the war and report back on what preparations the U.S., if it entered the ever-swelling conflict, should make to care for soldiers suffering from shell shock, or what he termed “war neuroses.” Today, we recognize their then-mysterious condition as Post-Traumatic Stress Disorder (PTSD), an ongoing psychological response to trauma that the Department of Veterans Affairs says affects between 10 and 20 percent of veterans of the United States’ War of Terror. 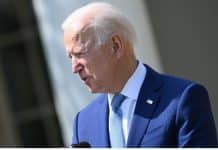 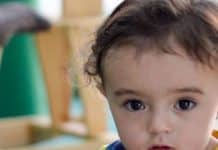