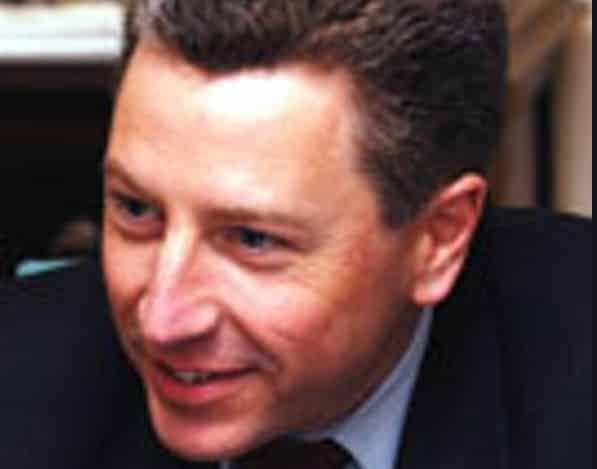 Volker’s appointment was unusual, as he continued to draw a salary from the McCain Institute, partly funded through donations from the lobbying firm Barbour Griffith Rogers, where he also served as “senior international advisor.” One of BGR’s clients was none other than former President of Ukraine Petro Poroshenko, who lost to Zelensky in a landslide earlier this year.
–
Kurt Volker, US special envoy for Ukraine, has resigned from the position after he was named in a congressional subpoena as part of an impeachment probe into President Donald Trump over his dealings with Kiev.
–

The resignation was reported on Friday by the State Press, the newspaper of Arizona State University, where Volker serves as Executive Director of the McCain Institute – a position he continued to occupy after his appointment to the Ukraine job in July 2017.

Volker informed US Secretary of State Mike Pompeo of his resignation, an ASU official confirmed for the paper, declining to comment on personnel matters any further.

The move comes after the House Foreign Affairs Committee sought to compel Volker’s testimony on October 3 as part of its probe into the alleged wrongdoing by Trump.

The envoy’s name was brought up in a “whistleblower” complaint about a July 25 phone call between Trump and Ukrainian President Volodymyr Zelensky.

Democrats are alleging that during the call, Trump “requested dirt” on former US Vice President Joe Biden while threatening to withhold US military aid from Ukraine.

The transcript of the conversation, released by the White House on Wednesday, shows no such thing.

ALSO ON RT.COM Trump’s envoy to Ukraine is paid by none other than Poroshenko himself