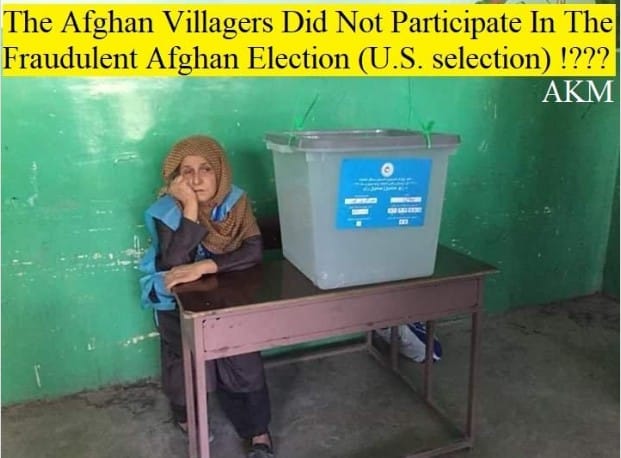 By Kadir Mohmand for Veterans Today 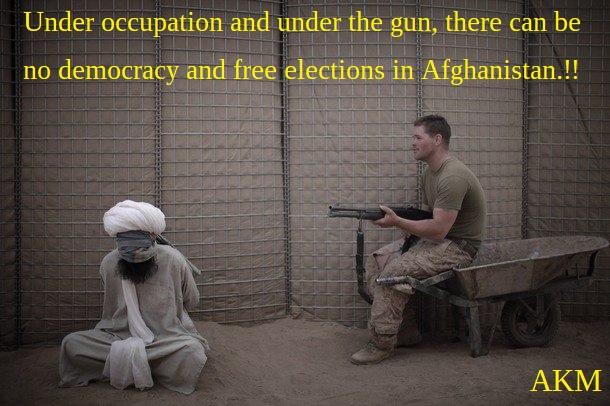 Under occupation and under the gun, there can be no democracy and free elections in Afghanistan. It is a waste of U.S. and world donors’ dollars. That should be evident to everyone after the United States’ longest war-18 years in Afghanistan this October. 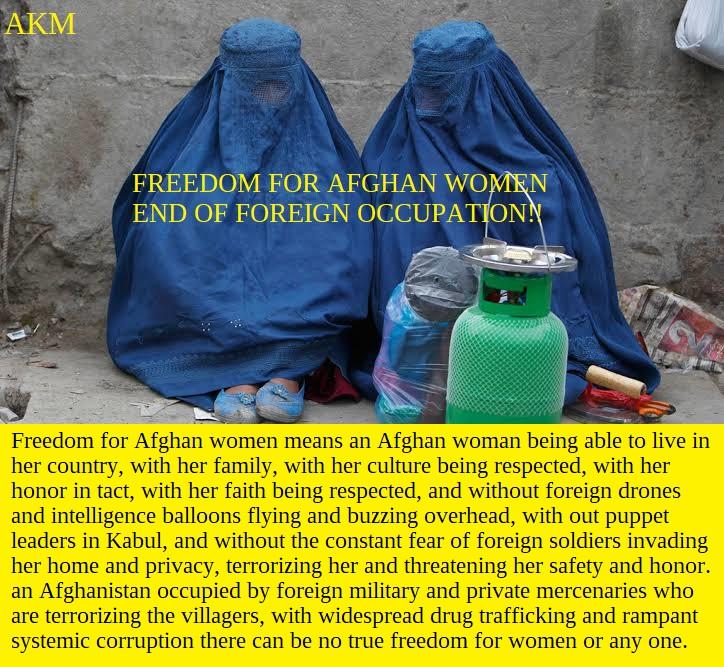 The Afghan villagers want justice these past 18. years. They want justice for the crimes committed these past 4 decades. Yet they have not received any justice during these past four decades for the war crimes they suffered due to the invasions and wars by the former Soviet Union and the United States and their agents, puppets and mercenaries. There can be no peace without justice. There have never been any international or national war crimes tribunals. Justice needs to come first. To bring justice, prosecute the Afghan war criminal, First Afghan VP Rashid Dostum, prosecute the Butcher of Kabul, Gulbideen Hekmatry, prosecute all war criminals from 1979 through the present. Stop the collective punishment and the scapegoating of the Afghan villagers for the tragedy of 9/1. End the U.S. occupation and war with the removal of U.S. troops and foreign forces. Stop exploiting the Afghan villagers’ Rare Earth Elements (REEs) and other natural resources, while contaminating their environment with radioactive byproducts. If the United States really wants peace then it will start actions of justice and lead other perpetrators to take the above mentioned actions down this path of justice towards peace. 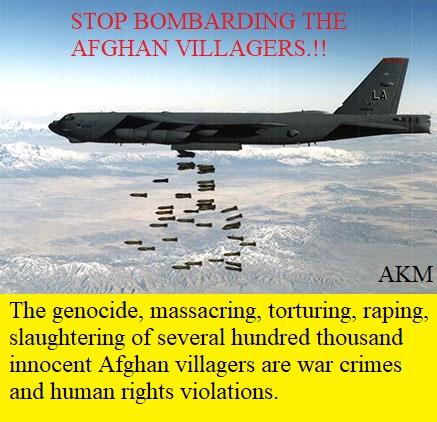 It is time foreign forces including the CIA paramilitary and contractors/mercenaries leave Afghanistan. It is time the Afghan people unite and determine their own destination. It is time Afghans seek peace and not let outsiders/foreigners divide them Peace and unity are the backbone of a straight and just path for the Afghan people.