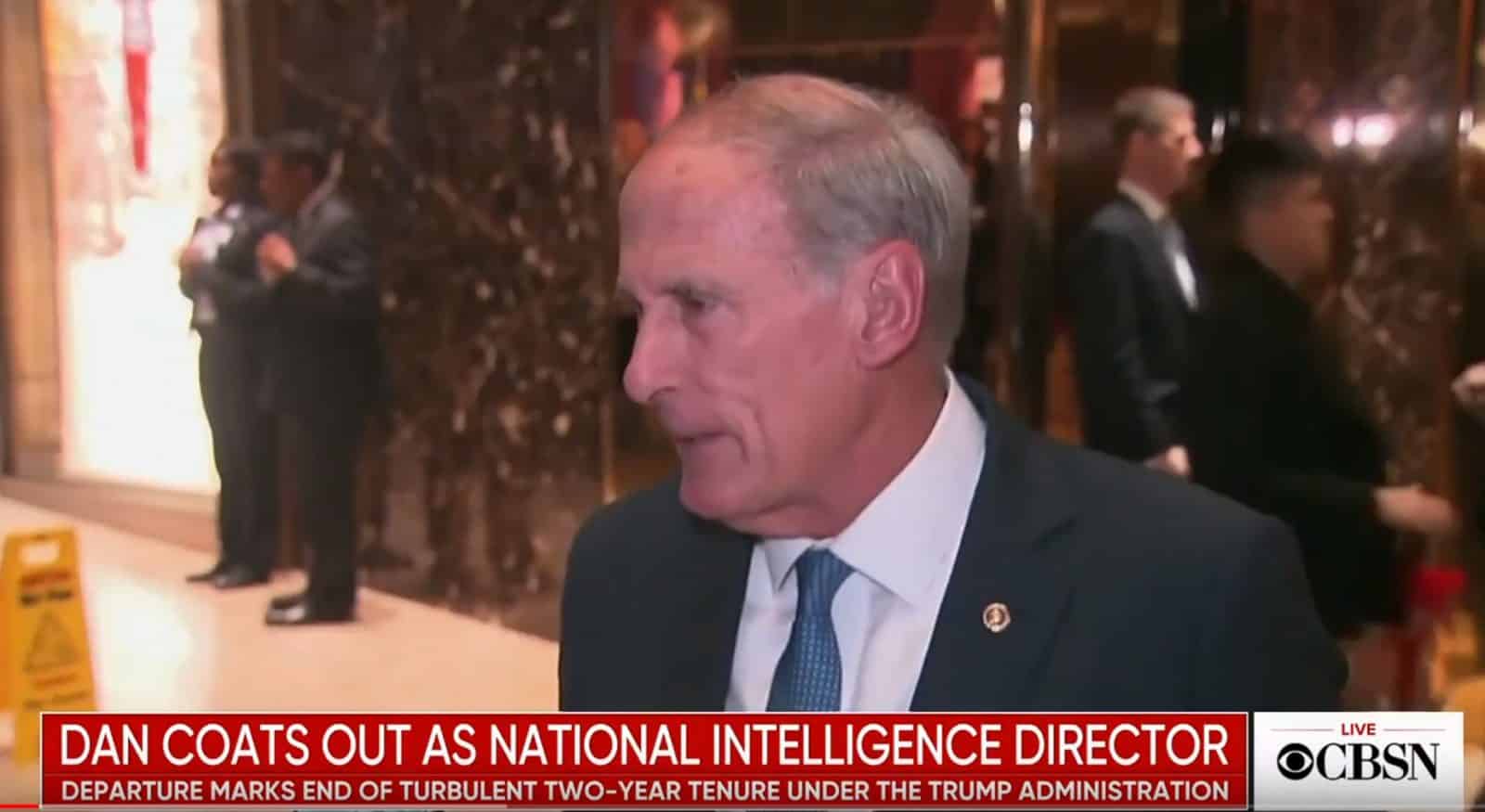 When Trump fired the DNI and assistant and appointed John Ratcliffe as DNI, Ratcliffe had to apply for a TS/SC security clearance based on his alleged background as a terror prosecutor in Texas, something carefully investigated by the White House.

The FBI would have conducted the investigation and cleared Ratcliffe, who was later withdrawn. We suggest that if the interview and clearance documents were reviewed, John Ratcliffe may well face multiple charges. But the real story is why an alleged fake-terror expert, a Trump conspiracy-theory acolyte, was pushed into the vital DNI job 3 days after the phone call and coverup of UkraineGate began.

As this story carried in the Guardian and confirmed by the New York Times portrays, Donald Trump fired not only Dan Coats, the DNI that would have handled whistleblower complaints but his assistant as well, replacing them with former congressman Ratcliffe, who could not find his ass with a flashlight and mirror.

When an uproar of intel officials and Pentagon heads blocked Trump’s attempt to put Ratcliffe, utterly unqualified, in charge of the nation’s security, Joseph Maguire was forced on Trump. Maguire testified before congress this week.

Ratcliffe used his background in prosecuting terror cases to justify his nomination, though a known political hack. Then it turned out his CV was fake and his entire career had been spent specializing in personal injury and medical malpractice.

Coats and Sue Gordon were aware of the Zelensky call and subsequent coverup, when secret servers were set up to hide treasonous material. Our investigations are more than looking into the calls and secret meetings, but also a series of kickbacks on arms purchases to Ukraine with money flowing back into Trump family coffers from defense companies.

Behind this even still is reputed Trump involvement in wanting Hunter Biden thrown out of his lobbying job for one of Ukraine’s gas companies, replaced by one of Trump’s own kids.

According to a New York Times report, the White House learned within days that the unorthodox call on 25 July with Zelenskiy had raised red flags among intelligence professionals and was likely to trigger an official complaint.

That timeline has raised new questions over the timing of the Trump’s dismissal by tweet of the director of national intelligence (DNI), Dan Coats, on 28 July and his insistence that the deputy DNI, Sue Gordon, a career intelligence professional, did not step into the role, even in an acting capacity.

Instead, Trump tried to install a Republican congressman, John Ratcliffe, who had minimal national security credentials but had been a fierce defender of the president in Congress. Trump had to drop the nomination after it emerged that Ratcliffe had exaggerated his national security credentials in his biography, wrongly claiming he had conducted prosecutions in terrorist financing cases.

The Office of the DNI (ODNI) and its inspector general has the authority to receive whistleblower complaints from across all US intelligence agencies and determine whether they should be referred to Congress.

“And then the president tried to install someone who was clearly unqualified,” she added. “Now the timeline of the whistleblower in the White House raises a lot of questions about the Sue Gordon piece of this.”  read more: