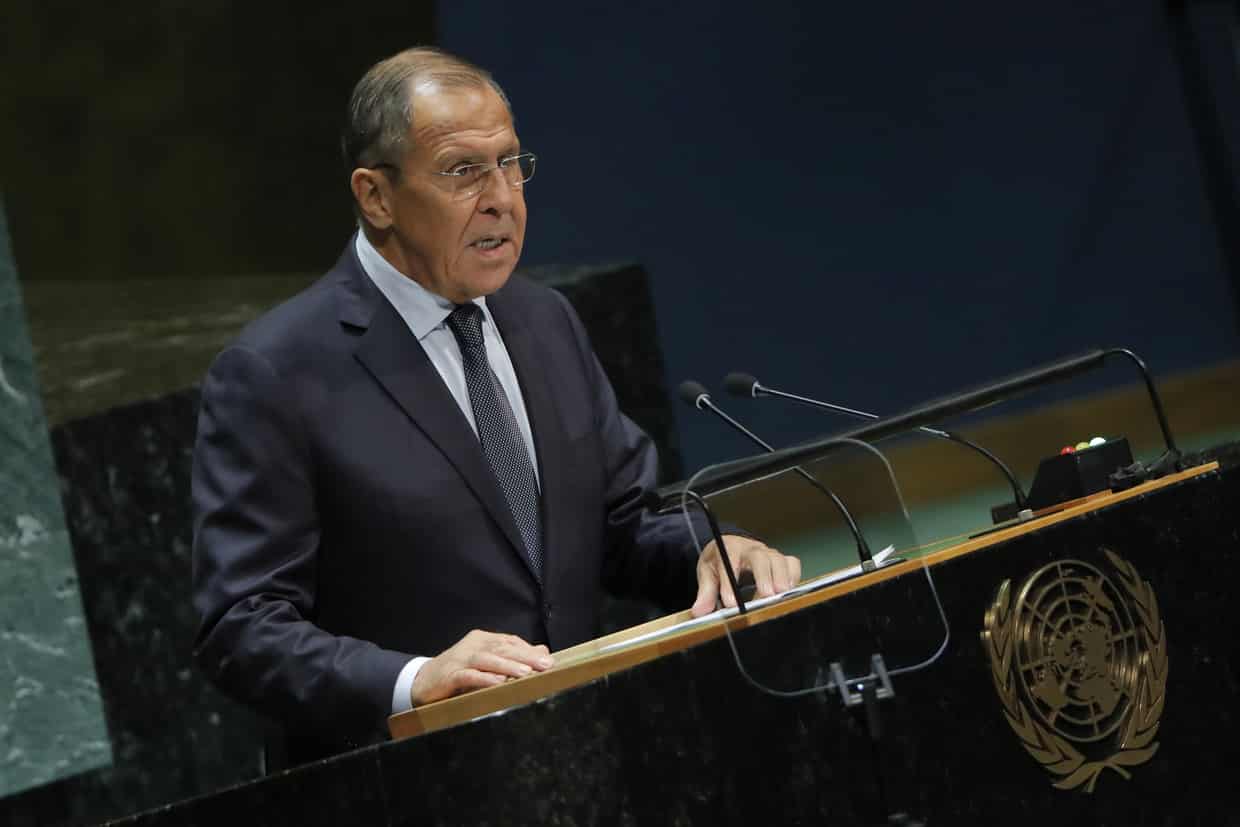 Russia’s Foreign Minister Sergey Lavrov has done it again. He has cut the New World Order ideology when he recently said: “It’s hard for the West to accept that its centuries-long domination is diminishing.”[1]

There is a world order emerging, says Lavrov, and it’s not contingent upon what the old World Order has perpetually done in order to destroy political and economic harmony among nations.

Lavrov concentrated on the main reason why the New World Order fails miserably and pathetically and declared unequivocally that “The West has been increasingly forgetting about international law and more often dwell on rules-based order.”[2]

Lavrov says elsewhere that “democracy” and “freedom” are simply smokescreens that the New World Order has used over the past fifty years or so to destroy countries and peoples they do not like. Lavrov declared: “How does the bombing of sovereign nations [and] the deliberate policy of destroying their statehood … add up to the imperative of protecting human rights?”[3]

“Individual rights and freedoms are incompatible with sanctions, economic blockades, and ‘overt military threats’ to states like Cuba, Venezuela, North Korea, Iran and Syria, the minister said. Bombing and regime change campaigns in places like Libya and Iraq have destroyed their statehood and killed tens of thousands.

“Another concept the West frequently invokes is the so-called ‘rules-based order.’ However, the ‘rules’ in question are being invented by the Western politicians themselves and ‘selectively’ applied to serve their own needs, using this trick to ‘usurp the decision-making process’ from others, Lavrov said.

“A recent example of this deceptive tactic by the West was the strong-arming of the global chemical weapons watchdog, the Organization for the Prohibition of Chemical Weapons (OPCW). Western nations first accused Syria of chemical attacks, ‘without any proof.’ They then manipulated the OPCW procedures to grant the organization powers to name the culprits in chemical warfare, while bypassing the UN Security Council.

“Lavrov brought up the US leaving landmark arms control treaties as another example of rogue behavior. Washington ditched the Anti-Ballistic Missile Treaty in 2002, and the Intermediate-Range Nuclear Forces Treaty this August. The same thing happened to the painstakingly-negotiated 2015 deal on the Iranian nuclear program, scrapped by the US last year. The US has even hinted at lifting the ban on deploying weapons in space.”[4]

This is not the first time that Lavrov has morally and rationally destroyed the ideologies that make up the New World Order. When he was asked last year, “What happened to the American partners?” He responded that “mass psychosis has swept them clean of any rationality.” He told us last year that New World Order agents hate his guts because he tells the truth. For example, he wrote last year:

“In the 2000s, Russia started to mostly rely on its traditions, on its place in history, started to realize that our people felt this history inside them, were proud of it, willing to live and build the country based on its history, it was shocking for those who were trammeled by illusions about lawlessness toward Russia. And I guess they still can’t get it together after that shock.

“When they realized that their attempts to hold us on a leash failed, all the current attacks and interference started. It started with the Magnitsky Act, when nobody wanted to figure out what had really happened, and an absolutely inadequate reaction to what happened with Edward Snowden when Obama canceled his visit to Moscow. More sanctions followed.

“Then Ukraine was another pretext to put even more pressure on us. And now it’s the interference in the elections. Not a single fact or evidence for speculations was found during the year-long investigation. It’s impossible. If there were any facts, they’d have leaked long ago. I know how this system works in the US. It leaks immediately when such an amount of people are involved in the hearings, the investigation and so on.”

The plot thickens. Here again Lavrov has proved himself to be a political realist. Perhaps New World Order agents need to start listening to what he has to say.