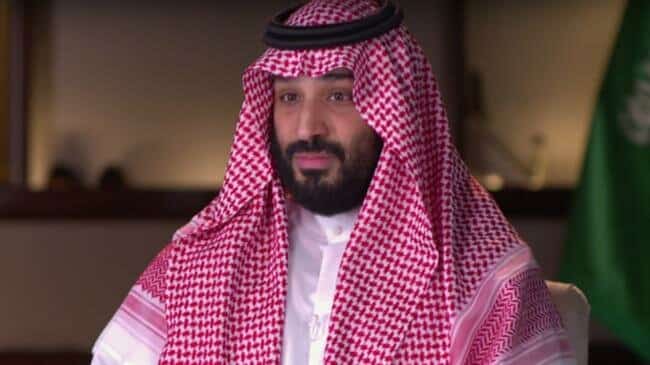 [ Editor’s Note: What a grand slam story we have here today, which I can assure you the recent destruction of the three brigade Saudi led force had more than a little to do with motivating a change in course.

He also rubber stamped what VT had been editorializing on the situation for several years. What is really behind the Prince’s change of heart. We are beginning to think the Saudi government is a house of cards financially.

It held off on any military response to the allegations that Iran was responsible for the Aramco attacks, choosing instead that getting its 1% offering of Aramco stock sold at $20 billion to make the valuation of the company $2 trillion was more important. Originally the Saudis had planned selling 5% at $100 billion. But no one wanted to be their chumps and buy inflated stock just before things started getting blown up.

I don’t think they even have takers for the 1% at this point, with of course the Yemen War and constant war mongering against Iran to get a war going. We could never see any benefit to the Saudis as they would certainly go down in the first few days of such a war, with the UAE right with them.

One could call this Iran’s “instant sanctions” against those who have been strangling them with sanctions. We will see how the Deep State responds to via its medial assets, and of course what Mr. Trump says… Jim W. Dean ]

Saudi Arabia’s Crown Prince Mohammad bin Salman (MbS) has warned that a war with Iran would entail a “total collapse of the global economy,” calling for a “peaceful” settlement with Tehran in an apparent break with his trademark bellicose rhetoric.

Speaking during an interview with CBS News aired on Sunday, bin Salman said a “political and peaceful solution is much better than the military one” in tensions with Tehran.

“The region represents about 30% of the world’s energy supplies, about 20% of global trade passages, about 4% of the world GDP. Imagine all of these three things stop,” the crown prince said.

Bin Salman urged the “world” to act on easing tensions, saying further escalations in the region could push oil prices to “unimaginably high numbers that we haven’t seen in our lifetimes.”

Anwar Gargash, minister of state for foreign affairs of the United Arab Emirates, made similar remarks in an op-ed published by the Financial Times on Sunday.

Gargash, whose country is a close Saudi ally, called for talks with Iran in a bid to decrease tensions and “reduce the potential for miscalculations, missteps and retaliation on all sides”.bBin Salman’s comments, along with those of Gargash, represent a stark break with their provocative rhetoric in the past against Iran.

In May 2017, the Saudi crown prince accused Tehran of attempting to dominate the Muslim world and pledged to take the war “inside Iran.”

Saudi Arabia has since been a main backer of Washington’s campaign of “maximum pressure” against Tehran, pledging to ramp up its oil output to weaken Iran and strengthening ties with various anti-Iran groups.

Leaked audio shows Saudis colluded with the terrorist organization in the explosions.

In his interview with CBS News, the crown prince also signaled a withdrawal from his ambitions in Yemen, expressing interest in a “political solution” and welcoming a recent Ansarullah peace proposal.

When it launched its invasion of Yemen in 2015, Riyadh looked forward to a decisive victory which would return the pro-Saudi government of former president Abd Rabbuh Mansour Hadi to power and crush the Ansarullah movement. Four years on, none of those objectives have been achieved.

The UN welcomes a proposal by Yemen’s Houthi Ansarullah movement to halt strikes on Saudi Arabia in return for an end to the Saudi-led coalition attacks on Yemen. The Saudi crown prince’s apparent about-face comes two weeks after an attack launched by Yemeni forces inflicted substantial damage on the oil-rich kingdom’s Khurais and Abqaiq oil facilities.

The attacks effectively shut down about half of the kingdom’s crude and gas production. Washington and Riyadh were quick to blame Iran for the devastating raid without any evidence, reasoning that they did not expect Yemen to be capable of such a high-profile raid.

On Sunday, Yemeni armed forces announced a major victory against Saudi troops and their mercenaries on the battlefield, claiming to have inflicted hundreds of casualties on enemy forces in a war which is increasingly turning into a quagmire for Riyadh.