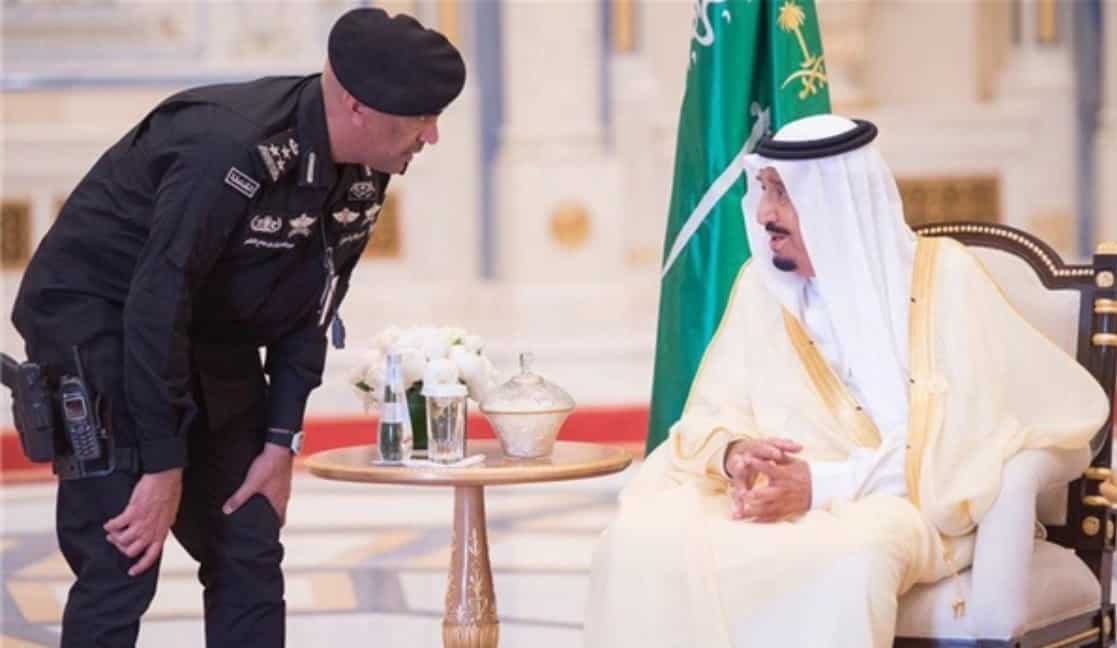 TEHRAN (FNA)- Major-General Abdul Aziz al-Fagham, 47, who had been widely known as the king’s most trusted personal protection officer was likely killed for his information about the culprits behind the death of Saudi journalist Jamal Khashoggi.

Times magazine wrote on Monday that al-Fagham’s death immediately led to speculation of palace intrigue, with claims that he had recently been dismissed from the king’s service and may have had information pertinent to the murder of Jamal Khashoggi.

The media spokesman of the Makkah Province Police confirmed on Saturday evening that the personal bodyguard of the Saudi king was shot dead during a personal dispute.

The spokesman claimed that Maj. Gen Abdul Aziz bin Badah al-Fagham was visiting a friend’s house when he was shot.

Meantime, New York Times reported that it was not immediately clear what motivated the gunman, but around the time of the killing on Saturday night, Saudi officials reached out to regional intelligence sources to ask for urgent help in gathering and analyzing information about a number of Saudi citizens, according to a person familiar with the discussions.

The push for information came from King Salman and his powerful son and crown prince, Mohammed bin Salman, the person said, speaking on the condition of anonymity because he was not authorized to speak to the news media.

It was not clear who the Saudis were seeking information about and whether that effort might have been related to the shooting of General al-Faghem.

Also, the Arabic-language Arabi 24 wrote that the claimed killer Mamdouh bin Meshaal al-Ali was the son of Mashal bin Mamdouh, a former member of the Saudi consultative council from the Shemmer tribe. His aunt was also the divorced wife of Sultan bin Abdulaziz, the brother of King Salman.

It added that different images exist of Mamdouh’s family members in celebrations and weddings but his images are less than the fingers of a hand which indicates the importance of the organization he worked for.

Based on the report, Mamdouh worked for a special section of the Royal Guard.

Meantime, the Saudi social media activists wrote on their pages that the death of al-Fagham seems suspicious given the presence of security forces outside his house and their immediate killing shots given to his killer which could have been an attempt to close the case immediately.

Also, Ali al-Ahmad, a Saudi journalist, wrote on his twitter page that al-Fagham was fired from his job a few days ago which makes his death even more suspicious.

He added that the bodyguard was witnessed several days ago while he was walking alone in Jeddah which is strange, given his rank and position, and given the fact that he should have been right beside King Salman.

A social media activist described al-Fagham’s death as similar to the brutal killing of Saudi journalist Jamal Khashoggi who was killed upon a direct order by bin Salman.

Khashoggi was killed and his body dismembered after he entered the Saudi consulate in Istanbul, Turkey, to collect documents related to his planned wedding.

US intelligence agencies have reportedly concluded, however, that MbS ordered the murder, and a UN right expert found “credible evidence” linking the Crown Prince to the killing.

Also, Saudi whistle-blower Mujtahid, who is believed to be a member of or have a well-connected source in the royal family, said that bin Salman had several times voiced his willingness to omit the newly-killed bodyguard of King Salman.

The Arabic-language al-Nashrah news website quoted Mujtahid as saying that al-Fagham was in the palace at the time of murder and not at a friend’s residence as claimed by the government.

“The MbS was not confident about al-Faghan’s loyalty to the crown prince and he had several times voiced willingness to omit him,” he added.

Meantime, Mohammed al-Moaseri, a Saudi dissident residing in London, had warned 5 months ago about the possibility for al-Fagham’s assassination by the MbS.

He had cautioned al-Fagham that bin Salman would one day take him and his team out to replace them a group of Colombian Blackwater agents.

Social media activists have voiced suspicion about al-Fagham’s death, describing it as assassination.

Gun crimes are rare in Saudi Arabia, where strict law sees convicted killers and drug smugglers routinely executed. In 2017, there were 419 reported homicides, according to the UN Office on Drugs and Crime.  And from Press TV: 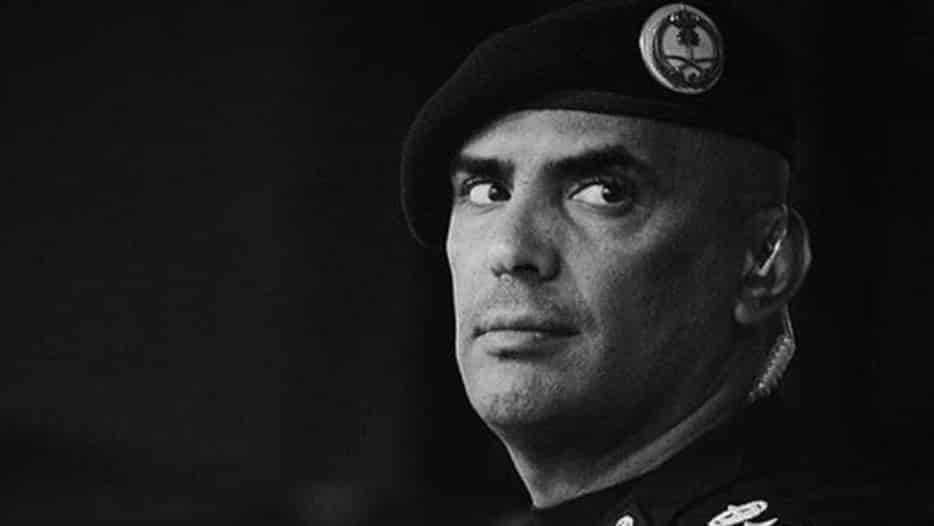 New reports have emerged in online media pointing to a possible link between the recent killing of the personal bodyguard of Saudi King Salman and the gruesome murder of dissident journalist Jamal Khashoggi by a Saudi hit squad last year.

According to the official report released by Saudi sources, Major General Abdul Aziz al-Fagham, 47, was shot dead by a close friend identified as Mamdouh bin Meshaal al-Ali during a melee described by Saudi police as a “personal dispute” in a friend’s house in the western city of Jeddah on Saturday night. He succumbed to his wounds a day later.

The shooter refused to surrender to security forces, who had surrounded the site and shot him dead, the police statement further said, adding that another Saudi, a Filipino and five members of the security forces also sustained gunfire injuries.

The British tabloid newspaper The Sun speculated in a Monday article that al-Fagham, who had served former Saudi King Abdullah since 2002 and incumbent King Salman since 2015 as a protection officer, “may have had explosive dirt on Jamal Khashoggi’s killers” before being shot dead in the suspicious gunfight.

A long-time personal bodyguard of Saudi Arabia’s king is shot dead in what is officially being described as a “personal dispute,” though suspiciously few details have been given about the killing.

Khashoggi, a former advocate of the Saudi royal court who later became a critic of Crown Prince Mohammed bin Salman, was killed after being lured into the Saudi consulate in Istanbul on October 2, 2018, and his body was dismembered by a Saudi hit squad.

The gruesome murder is believed to have been directly ordered by the crown prince, who is also known as MbS and seen as the de facto ruler of the Arab kingdom. However, the Saudi government claims that the ill-fated journo was killed by a “rogue” group, denying that the crown prince had ordered the slaying.

The report by the The Sun further speculated that al-Fagham, who was affectionately known as the king’s “walking stick” by the royal court insiders, had allegedly been recently relieved of his post with rumors circulating that he might have had vital information on Khashoggi’s assassination.

Al-Fagham was the head of the royal palace’s guards that murdered the dissident journalist.

In a related development and in a report on Sunday, the New York Times, citing an unnamed person familiar with the case, said it was not yet clear what had motivated the shooter to kill his friend, al-Fagham, but around the time of the killing “Saudi officials reached out to regional intelligence sources to ask for urgent help in gathering and analyzing information about a number of Saudi citizens.”

The report further quoted the individual as saying that the push for information came from King Salman and MbS. However, it was not yet fully known who the Saudi leaders were seeking information about and whether that effort might have been related to the shooting of al-Fagham.

Saudi Arabia’s Crown Prince Mohammed bin Salman attempts to portray himself as not having been involved in the murder of Saudi dissident Jamal Khashoggi.

Speaking to CBS’s 60 Minutes on Sunday, Crown Prince Mohammed attempted to portray himself as not having been involved in the brutal murder, and while denying an ability to keep an eye on everything, said he “took full responsibility as a leader in Saudi Arabia” for Khashoggi’s murder “because it happened under my watch.”

In another development on Monday, Agnes Callamard, a United Nations special rapporteur who conducted an investigation into Khashoggi’s murder, lambasted MbS for trying to create a “distance” between himself and the gruesome execution.

“He is creating huge distance between himself and the crime” by arguing that he cannot be personally held responsible for the conduct of all Saudi government employees, the UN official further said.

The murder squad served the interests of a shadow state within the Saudi government, Erdogan argues.

Callamard also said that the interview, which contains Prince Mohammed’s first public remarks on the matter, appeared to mark a concession by the de facto ruler that “the killing of Mr. Khashoggi was a state killing,” hence, a rejection of the Saudi government’s previous explanation that the responsibility for the execution lay with “rogue” agents.

“For the last 12 months, the Saudi state, their various representatives and (MbS) included have been lying to the international community regarding the nature of the crime. So now we are supposed to take his word that, yes, he has a corporate responsibility but he has no personal responsibility?” Callamard asked, adding, “Not good enough.”

The Washington Post, for which Khashoggi was a columnist, reported in November last year that the CIA had concluded that Mohammed ordered his killing. Furthermore, an investigative team led by the United Nations (UN) also said that it believed MBS was the prime suspect in the state-sponsored murder. Washington has refused to formally implicate Mohammed, however.

This edition of The Debate, Press TV hosts discussions about Saudi Arabia’s Killing of Khashoggi and the “state murder” of the journalist according to UN special rapporteur on extrajudicial executions.

Until now, and despite the international attention that the state-sponsored murder has continuously received, 34-year-old Mohammed had refused to speak about his role in the killing.

With all evidence pointing to him for direct involvement, his acceptance of general responsibility for the murder is seen as an attempt — even if belated — at looking like a political leader answerable on important matters.