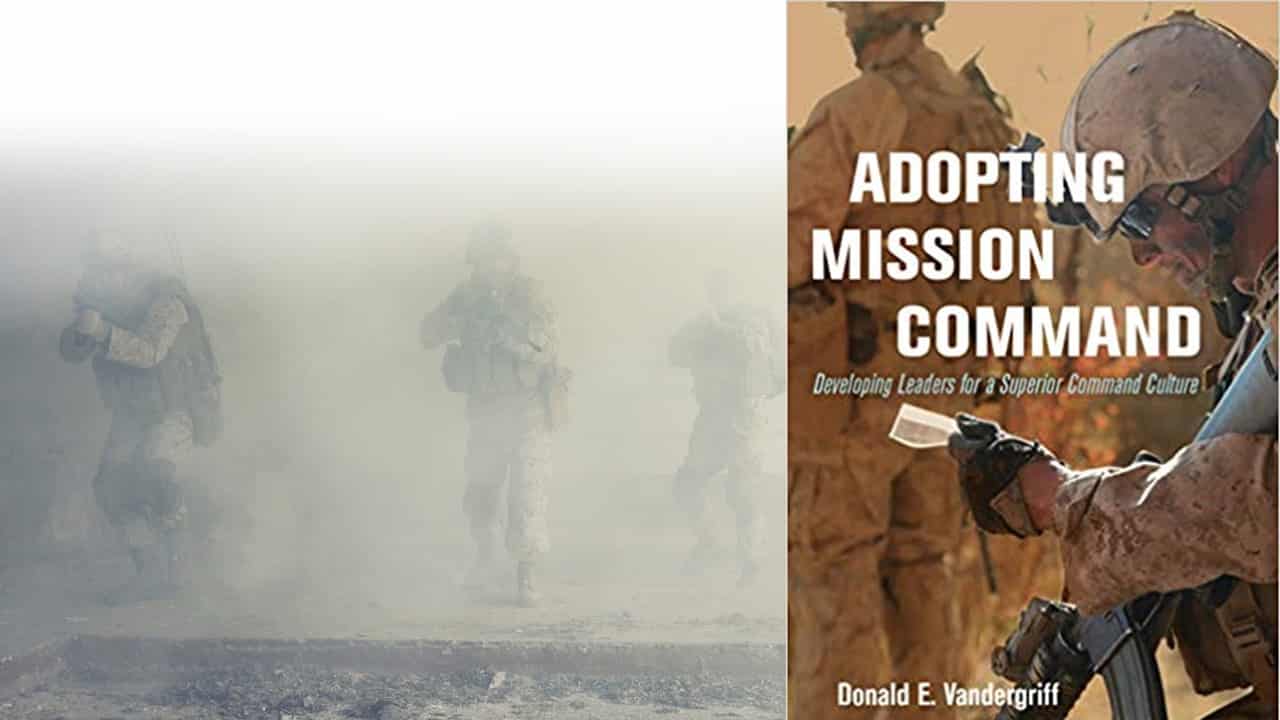 I met the author through Col Dr. Doug Macgregor, USA (Ret), whose various books, but most recently and especially Margin of Victory, set the gold standard for strategic thinking. Just as Margin of Victory makes the point that wars are won or lost ten to twenty years before they are fought, by the good or bad decisions made in longer-term strategy, acquisition, and training (e.g. tracks versus wheels, integrated versus stove-piped), so also can this book by Maj Don Vandergriff, USA (Ret) be said to be a 20-years and out war winner (or loser if you ignore it).

By the time I put this book down I understood that if (a big if) the US Army – and other services – were to adopt the author’s recommendations,  the new leadership culture would cut both officer and non-commissioner officer decision time in half while increasing by an order of magnitude both outcome achievement and conserved resources including fewer soldier lives lost.

The author begins with Col John Boyd’s OODA (Observe, Orient, Decide, Act) loop, which was central to the 4th generation warfare discussion that took place in the 1990’s. The author has conceptualized an Adaptive Course Module (ACM) that integrates rapid decision-making under stress and teaches team trust while doing training that is not rote, but rather learning to learn and thus transferable to future now unknown contexts.

This is a scholarly work – the author displays and documents a most extraordinary grasp of multi-lingual sources and quotes from across a vast range of relevant historical works.

PROBLEM is the current Army culture of top-down micro-management that is not leadership, and rote training that is a checklist approach to learning, not teaching to learn or to think under stress. Taylorism or every officer a cog assembly line and the Cartesian focus on rote instead of learning to focus outward, on the enemy and the situation, have hurt the Army. The school solution stifles innovation. Simulators are not working – they perpetuate old think.

SOLUTION is striving for a culture of trust (explicitly inclusive of non-commissioned officers, not limited to officers), learning HOW to think, not WHAT to think, and fostering a combination of top-down commander’s intent and bottom-up adaptability and initiative. Decentralization of training – and prohibition of hazing – spawns innovation. Rotations of officers across the various branches pays dividends of understanding that last a career. Empowering subordinates, trusting subordinates, earning the trust of subordinates, is the foundation for being able to work miracles later.

OUTCOME is character & maturity & trust across the officer and non-commissioned officer ranks, and this is a force multiplier beyond most traditionalists’ ken.  Officers are instilled with, in alphabetical order, accountability, adaptability, awareness, confidence, discipline, initiative, intuition, judgment, maturity, and thoughtfulness.

The book ends with a discussion of a Combat Olympics and an Army Reconnaissance Course, as well as a very inspiring history of John S. Wood and the 4th Armored Division that led the way in adaptability and mission accomplishment from Normandy onwards.

The author is diplomatically negative about the US Army Training & Doctrine Command (TRADOC) and its excruciatingly detailed rote training guides. In combination with the individual replacement system focusing on quantity not quality, on centralized cog management instead of unit integrity and cultural cohesion, the author gives us cause for concern.

On a positive note he praises General H. R. Macmaster and the Army Futures Command that stood up in 2018, and he writes that General Mark Milley, USA and Chairman of  the Joint Chiefs of Staff, has endorsed mission command and leader development as top priorities.

As much as I agree with this book, I don’t see the US Army or the Department of Defense getting healthy anytime soon. From where I sit we cannot win wars and 50% of the defense budget is waste, because we have a system optimized to transfer dollars from the taxpayer to industry while going through the motions with our soldiers, sailors, airmen, and Marines. The latest suicide rates are troubling, and some suggest that they are related to the electromagnetic “soup” that we are putting our humans into. On the one hand, we cannot defeat the Russian/Iranian electromagnetic neutralization capabilities (the USS Donald Cook jumps to mind) and on the other hand we have a military that is electromagnetically vulnerable including the geospatial satellites, wheeled, too heavy, stove-piped, with outsourced logistics (one contractor per laptop) and a totally worthless US intelligence community that provides “at best” 4% of what a major commander needs to do strategic planning, and nothing at all in  the way of responsive effective target acquisition for fast-moving combined arms forces….General Robert Scales Firepower in Limited War is still a classic indictment of intelligence, along with General Mike Flynn’s co-authored Fixing Intelligence.

Worse – and partly because no one in power cares about intelligence – we have no strategy – no grand strategy. We have no operational concept – or supported budget – for what is known as D3C – Diplomacy, Development, Defense, and Commerce. Despite our President’s best efforts to unify and denuclearize the Koreas and get us out of the Middle East, the Deep State and its warmongers appear to still be in charge of what passes for national security policy, and in betrayal of the public trust.

In that larger context, the author is spitting into the wind. Still, as long as he and Generals Flynn (both of them) and Scales and Zinni and others are alive, I will hold to the positive thought that perhaps General Milley might yet lead a strategic break-through that makes D3C possible; creates the Reconnaissance Strike Forces needed by the US Army; puts the Marines back on to ships and out of land warfare; transfers close air support from the Air Force to the Army; and closes all our military bases overseas so we can bring our troops (and their wallets) home and get on with re-inventing national defense.

If General Milley wants to do all that, then the books by Col Macgregor and Maj Vandergriff, and the books by Generals Scales and Flynn, are excellent starting points, along with my own three-monograph grand strategy series, Re-Inventing the US Army.

Is leadership culture the chicken or the egg? This book offers a partial but essential answer to that question.