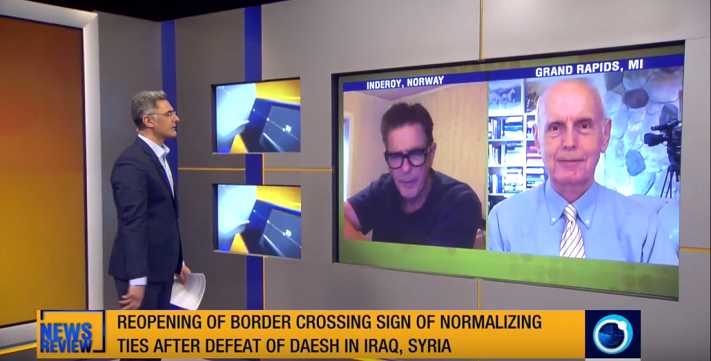 [ Editor’s Note: It has taken a long time to get this key border crossing open, but I have seen nothing from either the Iraqi or Syrian governments explaining why.

The story does mention that it has been open for government and military supplies, so it was functioning. Why did it take so long to get badly needed commercial traffic going again? We still did not know, so I will have to go to Nana, our Syria correspondent, to try to find out.

Despite the progress with tearing ISIS up, the US coalition seems hell-bent on destabilizing Syria as much as possible, with the only motive I can see being to put off the day of admitting that the whole US effort was another fake, bad war that resulted in a lot of unnecessary death and destruction.

If that was the intent, of which I am suspicious, then it was a success. But then again, I am sure the US and its partners wanted to Balkanize Syria, which is still a threat, so they could have controllable puppets running the show. So, what else is new with US foreign policy?

At the end of the day, the question of US Coalition reparations for the Syrian people has to be put onto the table for discussion. Those really responsible should be made to pay.

This issue of sovereign immunity has to be put on the table, as uber-criminal elements are flocking into government work for the protection it provides them from prosecution … Jim W. Dean ]