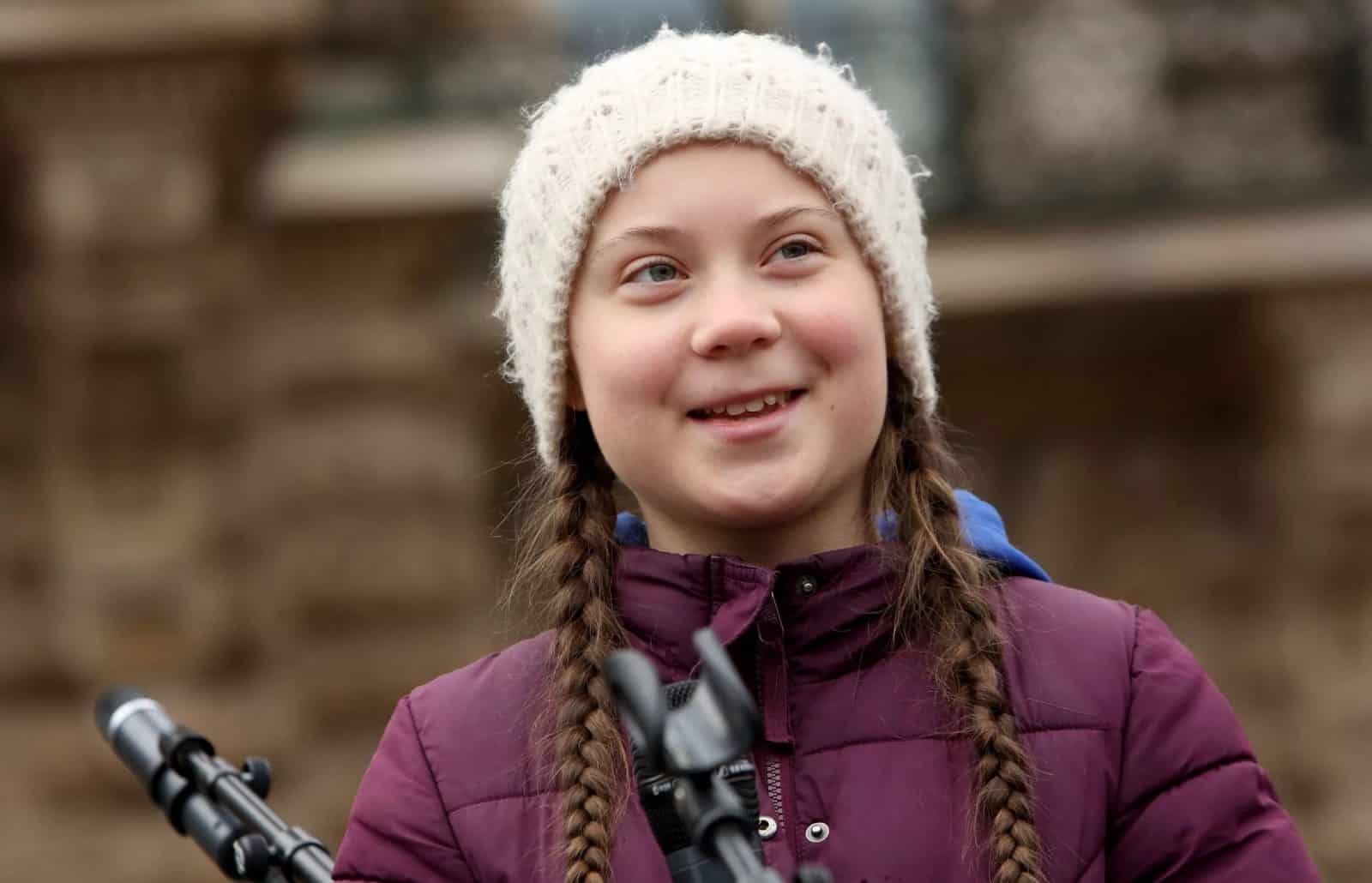 Do note that “Gordon Duff, Senior Editor,” has been cited by the Atlantic Council, Newsweek, the Washington Post, the Hill, Politico, the Heritage Foundation and others as America’s most influential “election rigger” and “Russophile.”

Being hated by the scum of the earth is something, but I have loftier ambitions.

The photo above is the real Greta. If you live in Iceland, Norway, Scotland, Denmark, East Anglia or about 100 different places where real people live with weather and water, with former glaciers and real sea levels, global warming which is supported by tons of very real science, is a disaster.

I live in a town now, for the first time, filled with sand bags.

Putin was never an ignorant climate denialist, on the payroll of big coal, Exxon and the nuclear industry but he does have to do this, keep Russia alive and armed in the face of things that if I told you of them, you would believe me but I would be dead.

If his actions betray fear, I am sure it is not for himself but for the Russian people. I am seeing Putin do and say things I wish he didn’t do and say. You see, I grew up in post-war America and to find the home I grew up in, I sometimes look to Russia or Iceland or towns in France and Germany, even Kurdish Iraq or Kenya.

We have lost so much as we drown in the filth that hit us long before Bush and Trump.  Look to Reagan and those around him.

And then, I get to watch Donald Trump, a fucking moron, fight it out with his criminal friends against what is largely a pack of petty whiners and assholes that we have allowed to hijack congress since the Reagan years, a congress that Sheldon Adelson and the death of the trade unions and America’s industrial economy has left us with.

It ain’t fixable. America as we had once known it is dead, and today’s generation will never know it was here at all.

You don’t see real photos of Greta. I am glad to visit Putin and discuss this, but I know he isn’t an idiot and only wished he could use the intellect and character I strongly suspect he has and kick the fucking US out of Syria, put the Turks in their place and stop giving advanced nuclear arms to India, an Israeli stooge nation.

I am not fucking blind. Now, mind you, I am not a “stable genius” like Donnie claims to be.

I will also say this can be fixed. Those I respect, a short list, Imran Khan, Putin, Bernie Sanders sort of, Assad to an extent, Corbyn are a start. I could find others.

We do have a team here. I can build an Arab super-state that won’t go to war with either Israel or India. The plans are there. No, we can’t save the Saudi Royals, but we can bring peace, disarmament and start delivering hope to the children of this planet like Greta, health care, real communities, personal freedom from devices and social media, safe places to raise families….to an extent.

What we can’t do is allow a world to breed itself into filth and depravity or for genuine evil to continue here without citing it, naming it and eliminating it.

It is real and it is here.

For those of you who think you actually know shit, let me give a short explanation.

Were one to work with models, and I do specifically that, finding a way to duplicate the why of US actions is impossible. Saying the mob runs America is close.

Warning of the military industrial complex is close as well. Citing the satanic crazy fake evangelical types gets us closer.

Perhaps turn to fiction, TV series like Fox’s “The Exorcist”, or simply bring back ABC’s “Rubicon.”

We aren’t even getting close to the layer that exposes why so may believe they have power do so much evil for money they can never spend for things nobody needs. I live in a world where garages are filled with million-dollar cars and fishing boats are 60 feet long.

Some have never been in a grocery store and only travel by helicopter to the private side of Gerald Ford airport to fly to other insulated places where armored cars take them to carefully stacked “tall food” restaurants, everything clean, all delusion, the “Betsy Devos” world of utter and absolute insanity, life without meaning, without working with your hands, without touching people, without humanity.

For some, shooting birds is the pretend life of the hunter gatherer that we once were.

For too many it is something far darker, the promise of power after death. This is where we aren’t going.

As for those alive on this planet now, we have a leadership, yes a planetary leadership, that would allow billions to die of disease or be vaporized without a thought.

I call them insectile.

What they don’t know, what they won’t read here, is that the reckoning sometimes referred to as eternal damnation is very real. How you live every moment of your life counts.

Give some thought to Jesus and the parable of the mustard seed. Make some choices. Consider not waiting too long. g

‘She is kind, but emotions should not control this issue’: Putin takes on Greta Thunberg’s UN rant about climate & world powers

Swedish climate activist Greta Thunberg has earned accolades from world leaders for her emotional speeches. While cheering her as a person, Vladimir Putin still stayed cautious, saying he doesn’t “share the common excitement.”

“How dare you!,” the 16-year-old campaigner scolded world leaders. “We are in the beginning of a mass extinction, and all you can talk about is money, and fairy tales of eternal economic growth.”

ALSO ON RT.COMSwedish school under fire for forcing kids to take part in climate strike

Thunberg’s lecture earned her praise from politicians and the media, but Russian President Vladimir Putin is not among them.

“I may disappoint you but I don’t share the common excitement about the speech by Greta Thunberg,” he told an energy forum in Moscow on Wednesday.

“No one has explained to Greta that the modern world is complex and different and … people in Africa or in many Asian countries want to live at the same wealth level as in Sweden,” he continued.

Of course, emotions are inevitable, but still if we want to be effective, we must stay professional.

Thunberg’s eco-activism has been criticized before for focusing on the Western world, while ignoring the damage being done to the environment by less wealthy countries going through their own industrial revolutions.

While young environmentalists should be supported, “when someone is using children and teenagers in personal interests, it only deserves to be condemned,” the leader argued.

“I’m sure that Greta is a kind and very sincere girl,” Putin added.

“But adults must do everything not to bring teenagers and children into some extreme situations.”

While Thunberg’s solitary school walkout last year has since evolved into thousands-strong ‘Fridays for Future’ protests worldwide, her activism has drawn criticism for its apparent alarmism, as well as mockery from US President Donald Trump. Thunberg herself has said that this backlash proves her message is “too loud to handle.”

Yet, critics also pointed out that the teenager has failed to present any clear steps on how to change the situation.

ALSO ON RT.COMEstablishment & media sympathize with Greta’s ‘Fridays for Future’ movement… So how is that a ‘protest’ exactly?