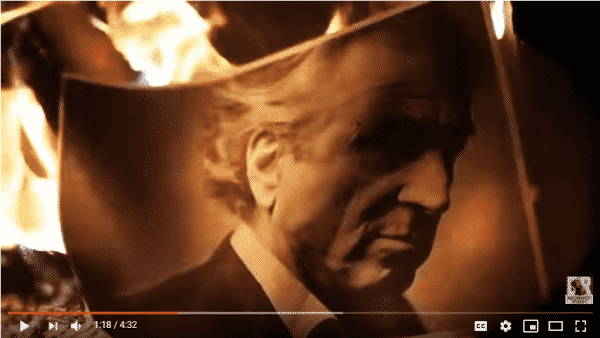 Alain Soral has been an anti-Zionist intellectual in France for years now. When people like Bernard-Henri Lévy are going around like wild animals and perpetuating one dumb arguments after another in order to destroy countries in the Middle East, Soral put his back against the wall and fought. Why? Because he thought that he had no other choice. He was essentially preempting the tidal wave of the Rothschilds and their lackeys.

The Rothschilds do not understand why. Why wouldn’t a man like Soral throw in the towel and allow the Zionists in France to roam the country? The interesting thing is that Soral, like David Irving in England, doesn’t get intimidated by threats or prison time. In fact, he has been sentenced to two years in prison for putting out a rap video accusing the Rothschilds and the political system in France of reducing the average person into slavery.

Soral obviously believes that France is facing an existential crisis, one that has the potential to bring the entire country into not only abject poverty but to ruin. So kicking the Rothschilds out of France and awaking the masses are necessary. Soral has also suggested that he knows who is behind the current crisis. He said:

“When you’re talking with a Frenchman who is a Zionist Jew, and you start to say, well maybe there are problems coming from your side, maybe you might have made a few mistakes, it’s not always the fault of other people if no-one can stand you wherever you go… because that’s basically their general history, you see… for 2,500 years, every time they settled somewhere, after about fifty years or so, they get their arses kicked.

“Surely something strange here! It’s as though everyone is wrong except them. And the guy will start barking, yelling, going mad… you can’t be able to carry on with the conversation. Which, to sum it all up, tells you that there’s a psychopathology with Zio-Judaism, something that verges on mental illness…” 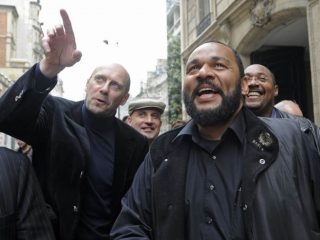 Soral upset the apple cart a few years ago when he allied with French comedian and political activist Dieudonné M’bala M’bala. Dieudonné was criticized by the Zionists and Jewish groups for popularizing the “quenelle” gesture, a sign which Dieudonné said represented “anti-establishment.” But Jewish groups moaned that the sign was an inverted Nazi salute. Dieudonné himself spiced the political climate a bit by inviting the late Robert Faurisson on his show. At this time, the Khazarian Mafia called Dieudonné “a professional anti-Semite.”

The Mafia was obviously hoping that Dieudonné would never join people like Soral and Faurisson, whom they called racists and anti-Semites. Even the Independent was going wild. “These ill-sorted comrades – the campaigner against the oppression of black people and the former official of the far-right Front National – launched a political party” in November of 2014 called “Réconciliation Nationale.”[1]

The oligarchs and the Khazarian Mafia do not want to see people working together and fighting for a particular cause, namely, the main problem that is dragging much of the world into a sinkhole. Therefore they attempted to divide and then conquer. That obviously was one reason why the Independent declared: “No more black and white issues for France’s most controversial comic who achieved notoriety when footballer Nicolas Anelka copied his allegedly anti-Semitic gesture the ‘quenelle.’”[2]

Now the Independent got to the heart of the issue: “Dieudonné claims black people, Arabs and the white working class are victims of a global ‘Zionist’ conspiracy. He once campaigned against the far-right Front National but has, in recent years, become a close friend of the party’s founder, Jean-Marie Le Pen, and a disciple of Mr Soral.”[3]

This is not a conspiracy theory; this is as substantive as two plus two is four. If you doubt this, then look at the wars in Iraq, Afghanistan, Libya, and Syria. Then look at the ways in which the Khazarian Mafia divided and conquered peoples during the civil rights era, an issue which I covered earlier. The influx of Muslim migration in much of Europe would have been impossible without perpetual wars in the Middle East. It’s just that simple.

So Soral understands the magnitude of the Zionist problem in the world. That was one reason why the rap video mentions the Rothschilds by name.

“The rapper points out: ‘And if we talk about the media and Macron, we’ll have to talk about Drahi. His bank account is in Israel and he pays no taxes here.’ Drahi, a Franco-Israeli-Portuguese oligarch born in Morocco and residing in Switzerland, has bought up large swathes of French media in recent years.

“In case the denunciation of Jewish-globalist and Jewish-Zionist power elites in the financial and media spheres were not explicit enough, the video also states: ‘We’re not talking about a so-called oppressed minority. We’re talking about the deliberately neglected majority [of workers, farmers, and pensioners] . . . France has decided to free itself from the Rothschilds.’”

Now you understand why the Khazarian Mafia has concocted false accusations to put Soral behind bars. Obviously he is threatening their political and ideological existence.