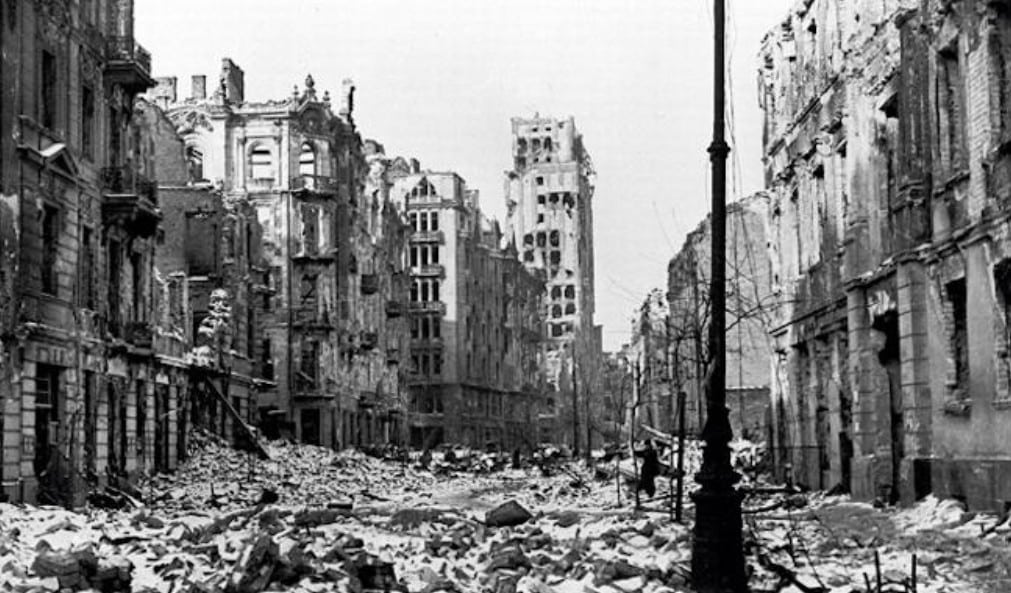 It seems that some Israelis and Jews are very disturbedhaaretz.com/…/.premium.MAGAZINE-the-fake-nazi-death-camp-wikipedia-s-longest-hoax-exposed-1.7942233 that Poles have a gas chamber narrative of their own. “For over 15 years, false claims that thousands of Poles were gassed to death in Warsaw were presented as fact. Haaretz reveals they are just the tip of an iceberg of a widespread Holocaust distortion operation by Polish nationalists”

I’m not even remotely an expert on gas chambers. I am neither an engineer nor a historian and have no opinion on the validity or historicity of claims that Poles were gassed by Nazis. But what is plain is that Israelis and Jews are insisting upon dominating any narrative of the past and not just the Jewish past. They are outraged that other victims of the Nazis claim to have been gassed. They insist that being gassed must remain the sole domain of the  Jews.

“It’s fake history,” says Prof. Havi Dreifuss, a Tel Aviv University historian and Yad Vashem’s expert on Poland and the Holocaust, when asked about gas chambers in Warsaw.” Professor Dreifuss, a Jewish-Israeli academic, feels entitled to comment on the validity of the emerging Polish gas narrative. I do not have an issue with Dreifuss’ sense of academic privilege, yet,  you don’t need me to remind you what happens to a gentile academic, comedian or politician who is even mildly critical of any piece of the Jewish holocaust narrative.

The Haaretz article is mainly concerned with the relevant Wikipedia entry.  Writing that, since the Wikipedia article on the “Warsaw concentration camp was opened in August 2004, and until it was completely rewritten this past August, it falsely claimed that there was an extermination camp in the Polish capital.”

Israel’s relentless quest to dominate Wikipedia is not a new story and is hardly a secret. Back in 2010 The Guardian wrote that Israeli “groups seeking to gain the upper hand in the online debate have launched a course in ‘Zionist editing’ for Wikipedia, the online reference site.”  You can watch the rabid right wing Israeli politician Naftali Bennet commenting on a Wikipedia editing workshop that teaches Jews and others how to edit Wikipedia pages to favour the Israeli position.

It seems the Hasbara Ziopedia schooling produced the goods.  “The person who first discovered the scale of the (Polish gas chamber) distortion – and is now arguing to have it recognized as Wikipedia’s longest hoax – is an Israeli editor dubbed Icewhiz, who refuses to be identified by his real name but agreed to speak with Haaretz.  Icewhiz has already rewritten the English-language article for KL Warschau to reflect the accepted historical truth, but his attempt to cleanse other Wikipedia articles that incorporate material from it reveal that the principal entry is only the tip of an iceberg.”

Although the Israeli Wikipedia editing courses were initially set to teach Jews how to dominate the debate over Israel on Wikipedia and on the net in general, it seems it didn’t take long before the Israelis saw a duty to dominate the past of the Poles and of any other people’s history so their past fits with the primacy of Jewish suffering.

The message Haaretz delivers is that  God’s chosen people or maybe just the Israelis, want the Shoah for themselves, they will not share Nazi victimhood with anyone else.  Haaretz writes, “this attempt to revise the accepted history of the Shoah on the internet encyclopedia parrots the revised historical narrative currently being trumpeted by the Polish government. In this narrative, the Poles in general – not just the country’s Jewish population – were the main victims of the Nazi occupation.”

If this position is puzzling or if you wonder what is wrong with sharing Nazi victimhood, Haaretz answers:  “This line attempts to shift the light away from a growing body of research into cases of Polish cooperation and collaboration with the Nazis in the persecution of Jews. The effort to rewrite Polish history on Wikipedia joins Holocaust distortion efforts by Polish think tanks – picked up and echoed by nationalist media outlets – that try to increase the estimate of the number of Poles who perished during the so-called Polocaust, a term that has gained popularity in recent years and is used to describe the mass murder of non-Jewish Poles at the hands of the Nazis. Many times, this also includes minimizing the number of Jews who died during the Holocaust. And while this new Polish narrative has failed to make headway in academia or the world media, on Wikipedia it has thrived.”

Israel fights to prevent other nations from writing their own histories if such attempts seem to interfere with the most popular Jewish religion: the holocaust. Poland lost between three to six million of its sons and daughters between 1939-1945. This tragedy understandably compels  Poles to look into their past, to revise it and even to fetishize some elements of it.

Every day we read that Jewish pressure groups are publishing ‘alarming statistics’ about the rise of antisemitsm. If there is anyone who thinks that the attempt by Israel and Jewish bodies to dominate Poland’s past is likely to suppress antisemitism and make Jews loved in Poland please stand up.