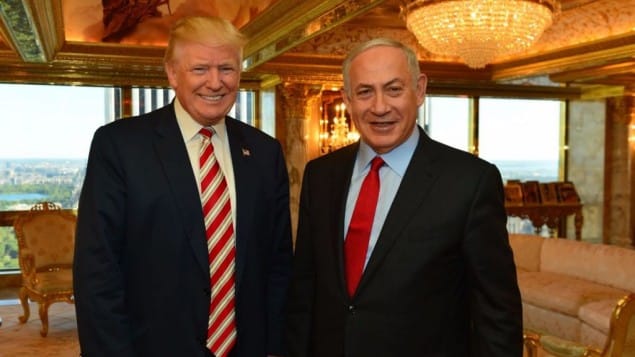 Some policy analysts and scholars have found it mindboggling that Iran is risking a war with the US by escalating its military adventurism and aggressive policies in the region.

After all, any war between the US and Islamic Republic would be suicidal for the ruling clerics. The US military budget dwarfs Iran’s, being about 40 times higher — Washington’s is more than $600 billion, according to the Stockholm International Peace Research Institute, while Tehran’s is $14 billion. The US, whose air and naval forces are reportedly the most powerful in the world, indisputably outguns Iran’s forces. America’s fleet of aircraft is nearly 15 times bigger than Iran’s.

Considering the fact that Iran’s military capabilities are vastly inferior to those of the US, why are the Iranian leaders ignoring Washington’s warnings and risking a war with the superpower? They are doing so because Tehran seems to have come to the conclusion that President Donald Trump does not want to be engaged in a military confrontation with the Islamic Republic.

The Iranian leaders did not reach this conclusion the day that Trump took office. Instead, the Islamic Republic has slowly tested the White House over the last two years. At first, it began exploiting its strategic advantage by issuing threats to block the Strait of Hormuz. Then the Iranian regime started harassing and attacking ships in the strait and its surrounding waters.

When the first oil tanker was attacked, Tehran saw that there was no military response to its aggression, even though the targeting of oil tankers poses a significant threat to the national security of European nations and Asian countries, as well as the US. This further emboldened the regime. In the space of a few months, several oil tankers were attacked in the Gulf, including Japanese and Norwegian vessels.

The Islamic Republic subsequently took another risk by shooting down a US Navy RQ-4A Global Hawk drone. Gen. Amirali Hajizadeh even bragged about the attack, saying: “With the US drone in the region, there was also an American P-8 plane with 35 people on board. This plane also entered our airspace and we could have shot it down, but we did not.”

This Iranian test also did not trigger a military response from the US. Instead, Trump tweeted: “We were cocked and loaded to retaliate… Ten minutes before the strike I stopped it, not proportionate to shooting down an unmanned drone. I am in no hurry, our military is rebuilt, new, and ready to go, by far the best in the world.”

The Iranian leaders did not interpret the move as a sign of diplomacy, rather a sign that Trump is afraid of taking military action against Tehran. This made the regime even more emboldened, as the next major move was an unprecedented attack on the world’s energy supply; targeting the world’s biggest oil processing facility at Abqaiq in Saudi Arabia’s Eastern Province, as well as the Kingdom’s second-largest oilfield at Khurais.

The Iranian leaders’ belief that Trump does not want to consider military options was further strengthened when the president’s National Security Adviser John Bolton left the White House. Bolton had a history of advocating for regime change in Iran. A year before he joined the Trump team, he told the Iranian oppositional group known as Mojahedin-e Khalq that: “The outcome of the president’s policy review should be to determine that Ayatollah (Ruhollah) Khomeini’s 1979 revolution will not last until its 40th birthday.”

More recently, some of the Iranian leaders have publicly stated that Trump does not want a military confrontation with Iran. Foreign Minister Mohammed Javad Zarif in July pointed a finger at Trump’s team and his national security adviser in particular, not the president himself. Zarif tweeted: “Make no mistake: Having failed to lure (Trump) into War of the Century, and fearing the collapse of his #B_Team, (Bolton) is turning his venom against the UK in hopes of dragging it into a quagmire. Only prudence and foresight can thwart such ploys.”

Iran’s state-owned media outlets have also begun endorsing the idea that the US president does not want to consider a military response. For example, Press TV published an article quoting an analyst with the headline: “Trump doesn’t want war with Iran, so (Secretary of State Mike) Pompeo changes tone accordingly.”

From the perspective of the Iranian regime, Trump does not want to go to war with Tehran. The regime tested the Trump administration on several occasions and came to the conclusion that its aggression did not trigger a military response. This is partially why the Islamic Republic is gradually ratcheting up its military adventurism in the region.


Dr. Majid Rafizadeh is a Harvard-educated Iranian-American political scientist. He is a leading expert on Iran and US foreign policy, a businessman and president of the International American Council. Twitter: @Dr_Rafizadeh