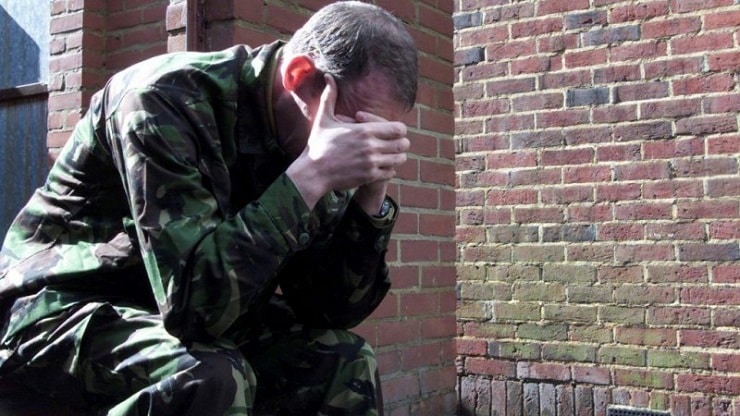 Supposedly, back on April 7, 1775, Samuel Johnson stated the following:

“Patriotism is the last refuge of a scoundrel.”

Since that time, every attempt has been made to mischaracterize this statement by Johnson, to “excuse it,” or obfuscate about it.

Personally, I think Johnson was clear.

Half a century ago, I was in South Vietnam as a Marine combat infantryman. Even then, I knew the history of the conflict, to an extent anyway, having read Bernard Fall’s Two Vietnams and Street Without Joy, the latter I found sitting in the library on the USS Cleveland, a naval ship used by Marines for beach assaults on “enemy held” regions of South Vietnam.

The truth, of course, is that the US was in South Vietnam to prevent an election that the US was a signatory to and guarantor for, in accordance with the Geneva Conference of 1954 which covered both issues of Korea and Indochina.

The real source of the fighting was the oppressive Diem regime in Saigon that operated as an oppressive dictatorship, outlawing Buddhist religious practices, banning newspapers, and imprisoning and executing tens of thousands.

Americans weren’t in Vietnam fighting communists but rather the NLF, the National Liberation Front, not the Communist Viet Minh but rather the Viet Cong, which represented a wide variety of political groups.

The US largely defeated this organization but, as the US fled Vietnam, that nation was then taken over by communists, as the US had defeated the democratic organizations in a war that eventually killed 2.2 million Americans.

Many of those, countless numbers, died of shame.

Contrary to fake everything, books, films and “tame” veterans who have long profited from peddling the shameful patriotism long ago characterized by Johnson as the “last refuge of a scoundrel,” the truth about Vietnam was forgotten.

At the heart of that truth was the simple fact that most of that war was fought by the “Donald Trump” of earlier years, Richard Nixon, a madman, mentally unbalanced, Henry Kissinger at his side, both addicted to deception, carpet bombing and nihilism.

Against them were those who fought in the war, who saw the insanity and injustice close up, who served in a nation that considered itself occupied by a Catholic extremist group chosen by the French and supported by the US out of idiocy.

Yet the Vietnamese people, for the most part, enjoyed the presence of Americans who, often as not, prevented the atrocities of the Saigon government though, at times, sunk to those levels themselves.

That, of course, was the last real American army to fight a war, an army of draftees and citizen soldiers, no Donald Trump’s in Vietnam, no George W. Bush, very very few children of the wealthy or upper middle class.

Those who fought in Vietnam, some 90%, were working class, with no desire for military careers, were paid a pittance, fed garbage, poorly armed, hated at home, people the Vietnamese could understand and, too often, feel sorry for.

Then America got its professional military. There was always a problem with the American military “between the wars.” Chairman of the Joint Chiefs of Staff, General Marshall, later Secretary of State under President Truman, virtually emptied America’s officer corps after the attack on Pearl Harbor.

Hollywood was very much onboard with exposing America’s fake military – Catch 22, From Here to Eternity, Paths of Glory, All Quiet on the Western Front, Apocalypse Now, Platoon, Johnny Got his Gun, MASH, The Victors, Breaker Morant, Oh! What a Lovely War, the list could go on forever.

Many of the screenwriters of these epics, men like Dalton Trumbo, were banned from Hollywood as “communists.”

After Vietnam, the military changed. Pay increased tenfold; IQ levels within the military plunged almost to the level of members of congress; and a political bloc was formed that would guarantee permanent war but no more demonstrations, no more adverse reporting, but rather a full-fledged police state fed by orchestrated terrorism, manufactured enemies and a guarantee that the general public would suffer minimal inconvenience while slaughter went on by highly paid “professionals” and later legions of “private military contractors.”

Without rationing and war bonds and military conscription, more and more of America’s GNP could be channeled into weapons and waste, while war became more and more obviously a tool of financial cabals and political manipulation.

What remained was the selling of patriotism, endless hour upon hour of cardboard lothario enemies – Venezuela, Yemen, Iran, North Korea, Syria, Libya, Afghanistan, Iraq, with nations as enemies one day and friends another, depending on who they gave oil contracts to.

Peddling patriotism for profit and disinformation as the lifeblood of conflict, wrapped in big data social media and corporate control of all information, made it all possible.

Still, even with fat paychecks, troops still went to war, war after war, starting with that “thing” we call 9/11, an event continually resold to the American public to equate with Pearl Harbor back in 1941 with some minor exceptions.

With Pearl Harbor we had real bombs and torpedoes from a real enemy with real aircraft carriers, a nation quite angry at the US for very real reasons.

On 9/11 we had Osama bin Laden, a lifelong CIA employee who said he didn’t do it. Is this statement wrong or “conspiratorial?” Having interviewed bin Laden’s CIA handlers and having reviewed material on bin Laden received from CIA files through the Freedom of Information Act, but also having traveled to Pakistan and reviewing his files there with the DG of the ISI and ISPR, I feel safe in my assumptions. The whole thing was fake.

No WMDs existed in Iraq, no underground bases for al Qaeda in Afghanistan – fake intelligence, fake enemies, fake wars. Thousands of security experts, military officers, scientists, engineers and investigators agree but this isn’t what we are talking about today, not so much anyway.

What we are talking about is “shame.”

You see, when you go to war on the “wrong side,” and back policies that require you to murder innocent civilians with drone strikes or simply executing bystanders and crediting yourself with “combat kills” as has been depicted in film, there are two possible outcomes.

One is shame, leading to PTSD and chronic depression. The other is psychopathic personality disorder, leading to more military service, often as a private military contractor and, perhaps, ending in a career as a serial killer or simply sticking to trafficking narcotics or children for pedophile rings.

Those who are dying of shame and guilt, by standards one every 22 minutes, need not only forgiveness but we owe them an explanation.

The world that allowed those fooled into patriotism, those without the scoundrels’ intent, suffer like the victims of the tens of thousands of “errant” drone strikes that have erased so many families around the world.

America hasn’t been fighting for its life for a very long time. Some historians contend maybe “never.”

In fact, a case can be made that, behind all wars, veritable phalanxes of profiteers and fiends can be found, and found with little difficulty. It wasn’t so hard to figure out, once we fought over food and resources, then over ideas and religion.

Now we fight over non-existent islands or oil reserves under the ice in a world where technology has long proven that hydrocarbon power is not only deadly but scientifically unnecessary as well.

Whenever there is to be a war, an enemy will be created, an event will be staged, the poor will suffer, the rich will grow fat; and those who survive will break and so many will eventually die, if not by disease or injury, at their own hands.