Watch the latest False Flag Weekly News above; click HERE for the list of stories we covered, and HERE to donate. 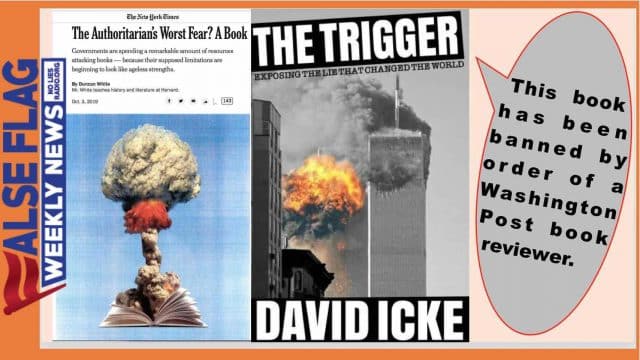 We are getting used to “suspicious technical difficulties” disrupting False Flag Weekly News. So it didn’t surprise us when, once again, my internet speed suddenly plummeted to 25% of normal, Helen Buyniski’s connection likewise wobbled, and No Lies Radio experienced “abnormal interference“—all at the exact moment the show was scheduled to start broadcasting live. Coincidence theorists are having a field day!

I guess we should be thankful that the way censors keep a lid on dangerous information here in the USA is by low-grade cyber-harassment, banning books from Barnes and Noble and Amazon, cutting Alan Sabrosky’s microphone when he starts talking about the Holocaust, threatening Americans with prison if they travel to scholarly conferences abroad, calling dissidents names like “conspiracy theorist” and “anti-Semite,” and other non-lethal less-than-totally-totalitarian techniques. It’s much worse in most other countries, including Germany, where countless historians have gone to prison for doing revisionist historiography; France, where the most important intellecteul of our time, Alain Soral, has been sentenced to two years imprisonment for the crime of sharing a political rap video; the UK, where singing a silly satirical song can get you jailed; Canada, where putting up a website that Zionists don’t like can lead to conviction for “hate speech’; or China, where the price of busting the Rothschild private banking cartel is the total loss of religious freedom, freedom from surveillance, and freedom of expression.

So hey, isn’t it great to be an American?  Let’s all line up at the bar on Patriot Day, preferably the Karma Kafé in Akron Ohio, turn on the TV, and play a 9/11 drinking game: Every time the TV lies about 9/11, take another shot. Yeeee-haw!

IF THE 9/11 PERPS AND COVERUP TEAM WERE LINED UP BEHIND THE BAR AT THE KARMA KAFE ON THE ANNIVERSARY OF 9/11 AND FORCED TO DRINK A RED WHITE AND BLUE SLUSHY EVERY TIME THE TV SET BLARES OUT A LIE ABOUT 9/11, THEY ALL WOULD BE DEAD OF ALCOHOL POISONING IN ABOUT 15 MINUTES…A CHEAP, HUMANE, AND FITTING METHOD OF EXECUTION. 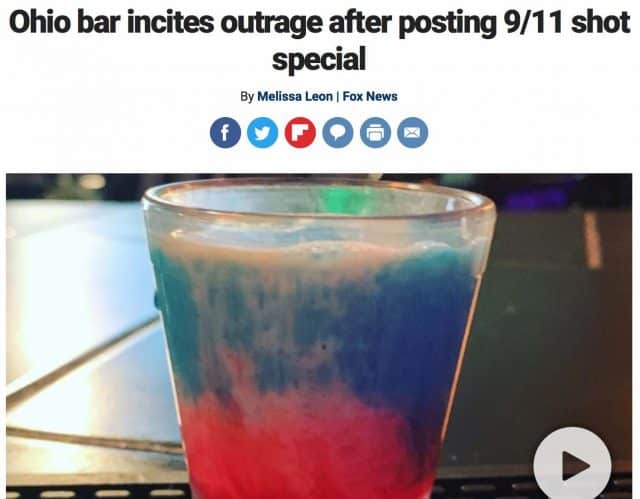