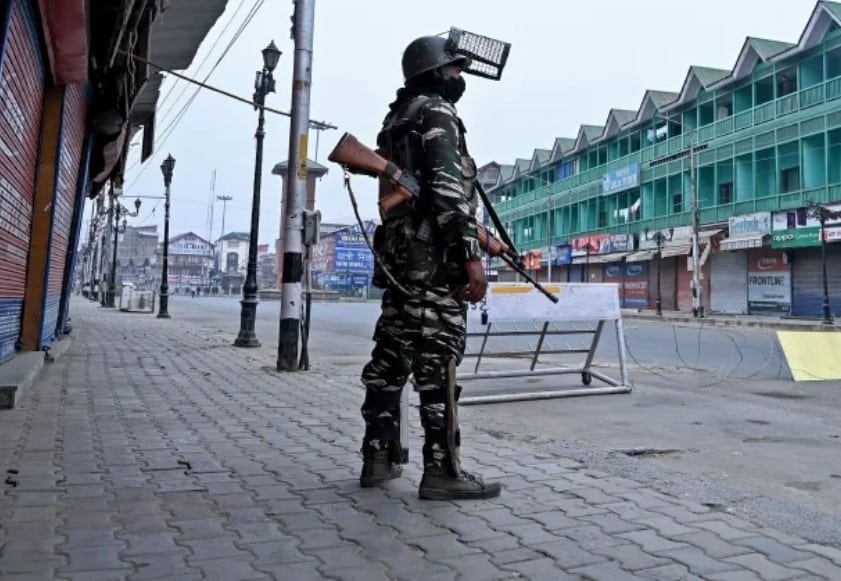 Tensions between India and Pakistan reached a feverish pitch on August 5, this year, when New Delhi unilaterally annexed the occupied Kashmir, revoking articles 35A and 370 of the Constitution which gave a special status to the disputed territory. A strict lockdown was imposed, which has snapped off ordinary people’s internet and mobile telephone service to hide India’s human rights violations and to cut off that region from the world. More than two months have been passed. But, Indian forces have continued lockdown and curfew in wake of shortage of foods and even medicines for the patients. Besides, Indian extremist rulers are also escalating tensions with Pakistan to divert attention from the drastic situation of the Indian Controlled Kashmir, and have continued shelling inside Pakistani side of Kashmir.

Pakistan’s Prime Minister Imran Khan who has declared himself an ambassador of Kashmiris, was on seven-day visit to the New York City in connection with the 74th session of the United Nations General Assembly (UNGA) opened on September 24, 2019. In his interaction with the US lawmakers, scholars, human rights activists and the media, and meetings with the US President Donald Trump and world’s other leaders, he briefed them on the repercussions of the Indian annexation of the disputed Kashmir valley. And during his speech at the UNGA, Imran reiterated the drastic implications of the lockdown in Kashmir, including dimensions of the Islamophobia and some other issues the world is facing.

On these occasions, unlike the past rulers of Pakistan, who wanted to save their regimes by favouring America and other Western countries, P.M. Imran Khan straightforwardly and realistically exposed US-led West’s double standards.

In this respect, addressing a press conference in New York on September 24, 2019, Prime Minister Imran Khan said: “The Indian occupied region has been facing a clampdown since August 5…Thousands of people, mostly political leaders, have been detained or arrested…We know of mass arrests…hospitals aren’t functioning…here are 11 UN Security Council resolutions that recognise the fact that Kashmir is a disputed territory and give the right of self-determination to its residents through a plebiscite…the BJP-led government is set on changing the demography of the region, an action tantamount to war crimes under the Geneva conventions…I fear that after the curfew is lifted, there would be a massacre [of Kashmiris] by the 900,000 Indian troops deployed there…Once a conflict starts between two nuclear armed nations, it goes beyond our hands…And it is madness to allow this situation to deteriorate further…I also fear that whatever happens in Kashmir, India would blame Pakistan for it…Unfortunately, India today is governed by a racist, Hindu supremacist party RSS which was once banned in India…Just google it and you will find that [Benito] Mussolini [former Prime Minister of Italy] was their hero…What is happening to Kashmiris, is also a responsibility of the United Nations and the world leaders to not remain bystanders to the suffering of so many…For what purpose was the UN established?…lukewarm response shown thus far by the global community over the issue…How can the global community remain silent when eight million people are being treated worse than animals?…I am disappointed by the international community. If eight million Europeans, or Christians or Jews or Americans were put under siege…you can imagine the action…The only reason why Kashmiris are subjected to this is, they’re Muslims.  Over one billion Muslims are watching this unfold. But where is the world community?…This will have repercussions and will create radicalization”.

In his address at the UN General Assembly, P.M. Imran said on September 27, this year: “When we came to power, we swore that we would try to bring peace…We went to fight the war [US-led War] on terror and we faced losses [of thousands of people]…I opposed the war because in the 1980s we joined the struggle against the Soviets funded by western countries. The mujahideen waged the freedom struggle. The Soviets called them terrorists and we called them freedom fighters. In 1989 Soviets retreated; the Americans packed up and left. Here we had indoctrinated them in jihad against foreign occupation and now that the US had taken over, we were supposed to tell them it’s no longer jihad. And so the US turned against us and it was a nightmare. [Indian Prime Minister Narendra] Modi said there were terrorist attacks from Pakistan. We said well we have attacks in Balochistan from your end…We immediately returned the [captured Indian] pilot, saying that we do not want an escalation…Modi’s entire election campaign revolved around an anti-Pakistan narrative…Illegally, they [India] revoked Article 370 which gave Kashmir the special status…they put eight million people under curfew…what RSS is. Modi is a life member [of RSS]…It is an organisation inspired by Hitler and Mussolini. They believe in racial purity and superiority. They believe they are an Aryan race…They believe in the ethnic cleansing of Muslims…[Nearly] 100,000 Kashmiris have died in the past 30 years because they were denied their right of self-determination. Eleven thousand women were raped….The world hasn’t done anything…After the curfew is lifted…What is going to happen will be a blood bath. The people will come out in the streets…The soldiers will then shoot them. They have already used pellet guns…What about the 1.3bn Muslims watching this who know this is only happening because they are Muslims?….What would the Jews of Europe think if 8,000 Jews were stuck…Among the 1.3bn (Muslims) someone will pick up arms…Muslims will become radicals because of this, not because of Islam….You are forcing people into radicalization…Two nuclear countries will come face to face. If a conventional war starts between the two countries…When a nuclear country fights till the end it has consequences far beyond the borders. This is a test of the UN…This is the time not to appease but to take action…Islamophobia is creating divisions, hijab [Scarf] is becoming a weapon; a woman can take off clothes but she can’t put on more clothes…It started after 9/11 and it started because certain western leaders equated Islam with terrorism”.

Imran Khan elaborated the use of the term ‘radical Islamic terrorism’ by stating: “There is only one Islam….What message does this [the term] send? How is a person in New York going to distinguish between moderate Muslims and radical Muslims?…This radical Islamic terrorism used by leaders has caused Islamophobia and has caused pain for Muslims…In European countries it is marginalising Muslims, and this leads to radicalisation…The basis of all religions is compassion and justice which differentiates us from the animal kingdom…religion [Islam] was viewed differently in the west, which was why the reaction in the Muslim world to content maligning Islamic personalities was not understood…In the first state of Islam, Madina, the state took responsibility of the weak, taxed the rich, spent money on the poor [and] announced that all human beings come from Adam hence they were equal…The Prophet [Muhammad PBUH] lives in our hearts. The holocaust is treated with sensitivity because it gives them [Jews] pain…That’s all we ask. Don’t use freedom of speech to cause us pain”.

Besides, during his address to the nation on August 26, 2019, Prime Minister Imran Khan said that inaction by the international community, particularly of the US-led West’s major powers who have financial interests in India, could lead to conventional war which could be culminated into nuclear war between the two countries.

As regards some Gulf countries, particularly Saudi Arabia and United Arab Emirates (UAE), Premier Imran indicated: “If some of the Muslim countries are not with us today due to economic or other reasons, they will be with us in the future.”

Notably, the Gulf countries especially Saudi Arabia and UAE with whom Pakistan has enjoyed a long-standing brotherly relationship for decades have stayed away from condemning India’s crackdown in Kashmir. Saudi Arabia expressed concern over India’s unilateral decision to scrap Kashmir’s special status and the imposition of crippling security lockdown, while the UAE called it New Delhi’s internal matter.

Analysts opined: “India has developed a good economic relationship with Saudi Arabia and the UAE. India’s ties withe Saudi Arabia have grown significantly over the past two decades, with bilateral trade hitting $ 28 bn. Home to more than 2.7 million Indian expatriates, the kingdom is India’s fourth-largest trading partner. UAE annual bilateral trade with India stands at $55bn, with Indians being the largest foreign investors in Dubai’s real estate market. Nearly 30 percent of the UAE’s total population comprises of Indians. The Hindu nationalist prime minister under whose watch Muslims have been targeted was honoured with Saudi Arabia’s highest civilian award in 2016. With $100bn in annual trade, India has emerged as a vital economic partner to the Gulf countries. Moreover, millions of Indian workers help drive the region’s economy. Abu Dhabi Crown Prince Sheikh Mohammed bin Zayed, who has called Modi his friend, was the chief guest at India’s Republic Day parade in 2017…Other Gulf countries such as Kuwait, Qatar, Bahrain and Oman have apparently not issued any statements against Indian illegal actions.”

According to Sami al-Arian, the director of the Center for Islam and Global Affairs, “the UAE and Saudi Arabia want to strengthen their ties with countries such as India or Israel at the expense of the populations who have been suffering in these areas such as the Palestinians, the Uyghurs or the Kashmiris”.

It is worth-mentioning that on August 24, 2019, UAE awarded Narendra Modi its highest civilian honour, the Order of Zayed.

Undoubtedly, we can conclude that P.M. Imran Khan has straightforwardly exposed US-led West’s double standards regarding the drastic situation of the Indian Held Kashmir. These Western countries must think that if atomic war erupts between India and Pakistan, it will also eliminate entire India-their largest economic market.